NEW DELHI: Today, wealth inequality in India is much sharper than ever before. The top 1% that owned a little more than a third of India's wealth in 2000, now own more than half the wealth in the country. In this same period, the share of 99% of India's population went down from almost two-third to less than half. 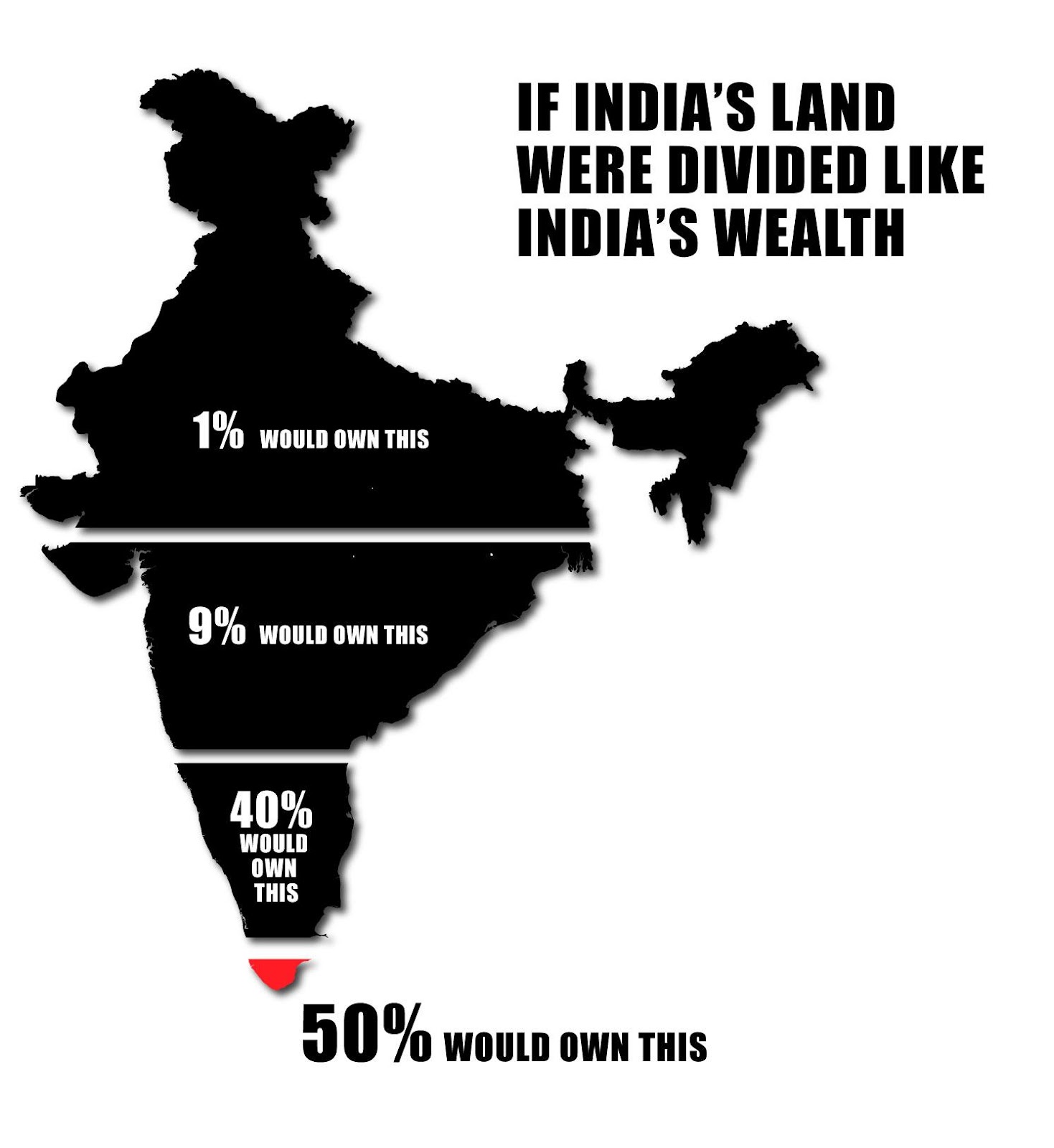 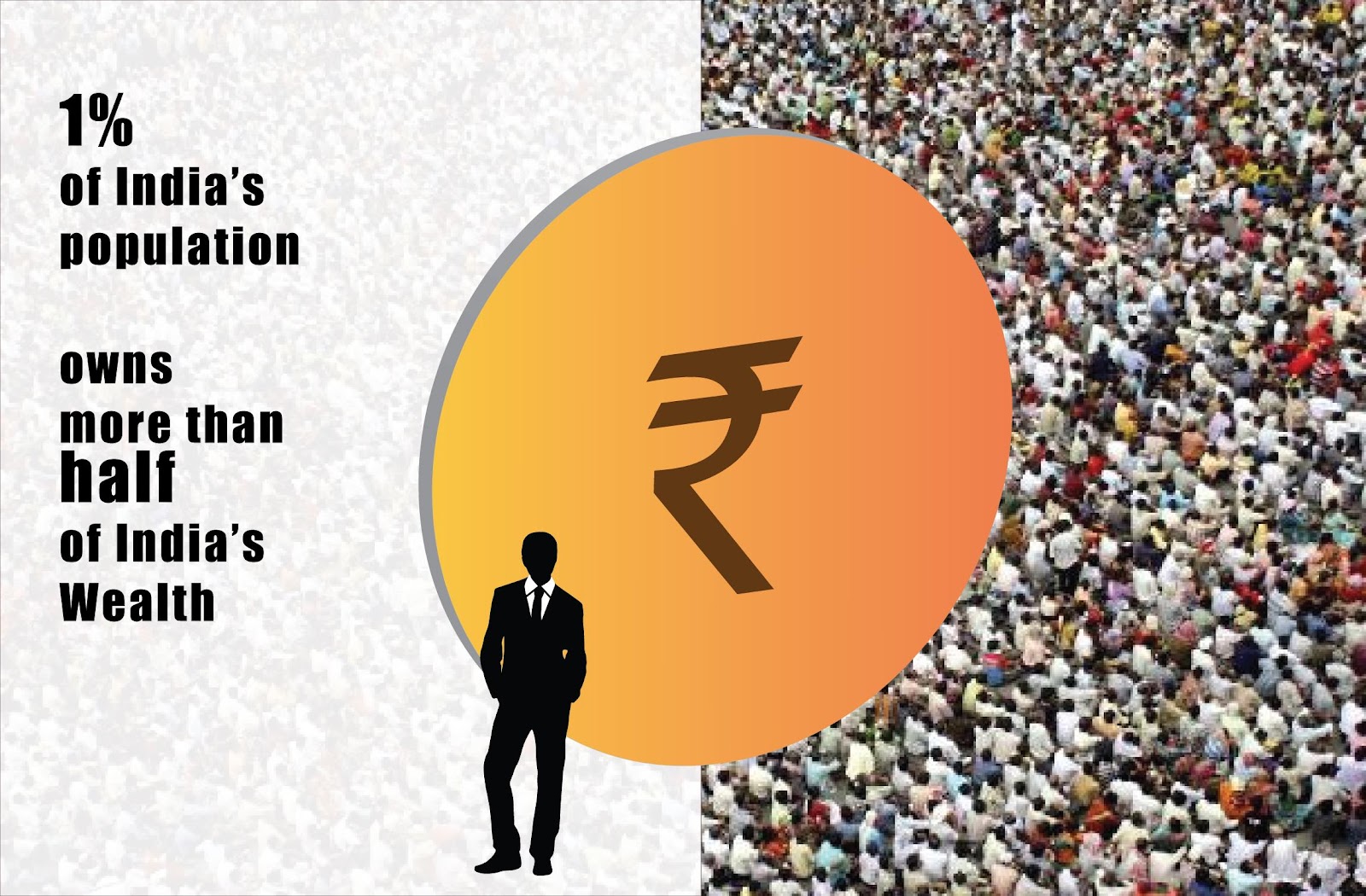 This unprecedented increase in inequality has been accompanied by a fall in human development indicators in India. India’s share in world’s hungry people has gone up from 1/5th in 1991 to 1/4th in 2015. Similarly, India's share in world illiteracy has also increased in this period.

India’s children suffer from acute undernutrition – with a large percentage of children suffering from stunting and other problems. Child undernourishment in India is worse than those of countries designated Least Developed Countries (LDC). The per capita income of these LDC is less than half that of India.

India has one of the most privatized health care systems in the world. Every year, 40 million Indians are pushed into poverty because of the burden of health-related out of pocket expenditures.

All these problems persist despite the fact that we now have the resources to deal with them. Instead of spending on health, education, sanitation etc., the government is giving subsidies and tax concessions to the rich. With the same money, the government could have provided toilets and piped water for all Indians; schooling for all school children; universal health care for every Indian; and still have money left over for building infrastructure and for other welfare measures.

Only a moderate transfer of wealth can provide basic housing for all Indians as well.

If we divide the total wealth of all Indian families equally, the average wealth of an Indian family would be Rs. 9 lakhs in 2015. 90% of Indian families do not have this average wealth. Also, 70% of the families do not even have assets worth Rs. 3.25 lakhs -- an amount which will provide for the most basic kind housing. Just by redistributing only a fraction of the wealth – only about one-third of the 90 trillion rupees that the top 1% have amassed over the last 15 years -- all Indian families could have basic housing. Even after such a transfer, the top 1% would still have a larger share of wealth in 2015 than they had in 2000.

It is time for us to say, enough. It is time we change this monopoly of our wealth by just 1%.

Housing for All - Is There Enough Money? - video