Being A Journalist In Strife Torn Kashmir

SRINAGAR: In a place where fire fights, protests, curfews and restrictions are making headlines, what is forgotten is the story of the story tellers. Amidst strict curfew and communication blockades, one of the most difficult jobs in Kashmir today is to tell the story.

The journalists in Kashmir walk on a razor’s edge. They are caught between a rock and a hard place -- with the public, on one hand, accusing them of no reporting the truth on the ground, and the government, on the other, moving to gag the Kashmiri media. Additionally, reports have emerged of security forces allegedly beating up local journalists, in a bid to prevent them from reaching spots to cover controversial killings and protests.

A recent incident where a local journalist targeted was on September 20. A journalist, Anees Zargar, was injured in a stone pelting incident in Srinagar. Zagar, who works with a New Delhi based media organization, was returning home from Uri in North Kashmir where in a deadly attack on the army, 18 soldiers were killed on September 18.

“I along with other several media colleagues was on way home around 8:30 PM from Uri when our vehicle was attacked with stones by the protesters near Chek-i-Hokersar at Lawaypora. I was hit by a stone in my left arm”, he said. Anees was rushed to Bone and Joints Hospital Barzulla where doctors, after treating his broken arm, said that it was fractured in the incident.

While on September 4, two Kashmiri photojournalists were covering a rally in the old city of Srinagar when pellets rained on them. While Muzamil Matto escaped with a few pellets in his head as he ducked as soon as he saw policemen train their guns at him, Zuhaib Ahmad had his whole body -- including the left eye -- pierced by the minute particles. Zuhaib underwent an eye surgery and is recuperating at SMHS hospital. The incident was the latest in a series of attacks on media persons by security forces in the ongoing Kashmir turmoil. 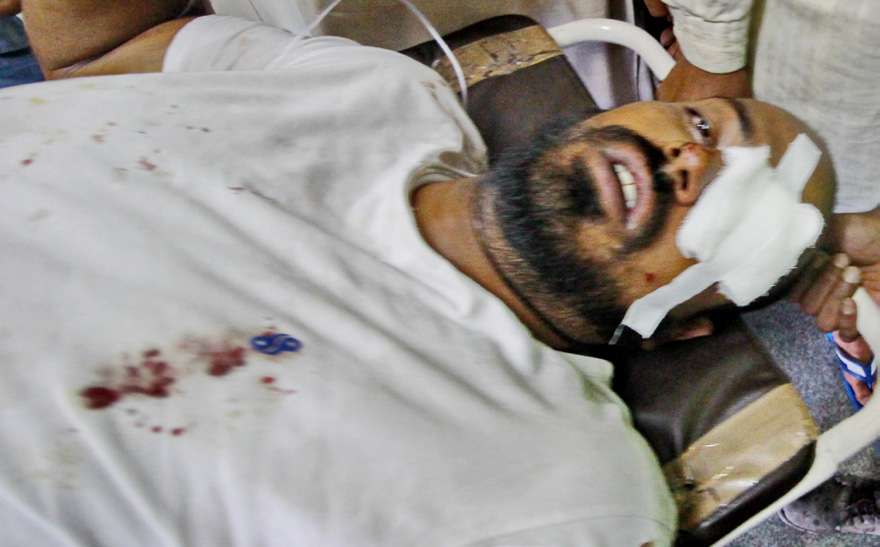 Ironically, on one hand the people label media men “agents” for siding with the state and not telling the truth and showing the “real” picture, while on the other hand, the government forces rough up and harass them, labeling media men “Pakistan or Hurriyat sympathisers” who are adding fuel to the deteriorating situation.

Photographers, always the first to be at the line of action, have bore the brunt repeatedly during the ongoing turmoil that has thus far killed 87 people, including two policemen. Last Month on August 8, policemen thrashed photojournalists in Batamaloo area of the city after an altercation broke out over taking snaps of a protest. In south Kashmir’s Bijbehara town on the same day last month, photojournalist Muneeb-ul-Islam was allegedly assaulted by security personnel while covering a stone-pelting incident.

During the longest spell of curfew in Kashmir’s history, journalists often got into heated exchanges with security forces as they travelled across restricted areas of the city.

At the same time, annoyed by the way the media -- especially “television channels that have kept on peddling lies as news” -- the protesters in the current upsurge have been hostile towards journalists. At Srinagar’s SMHS hospital where injured civilians have been admitted, journalists find it difficult to speak to the victims or their family members. People refuse to talk and often ask journalists to leave. There are several instances where protesters didn’t allow a journalist to visit a spot.

Most of the journalists, however, keep on trying to report, at times risking their lives. Once travel became impossible during daylight — because the streets have become a battleground between the protestors and government forces — they moved around in the night to collect stories. Subsequently, the government decided to impose curfew at night as well. 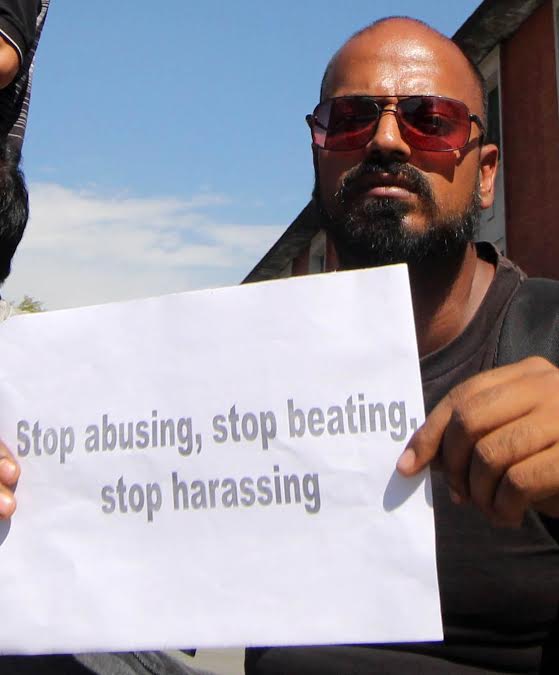 As the protests have continued, despite an uninterrupted curfew since July 9, the government views the messenger with distrust. The curfew passes issued to journalists by the administration aren’t entertained and reporters are regularly harassed on the road. There are several instances where journalists were beaten up or their vehicles damaged.

“This sometimes leads to terrifying situations. On July 10, three of us — I, along with two more photojournalists — were beaten to pulp at SMHS hospital by enraged people who first labeled us as CID agents and then for working for Indian media houses”, said Daanish bin Nabi, an Editor with Rising Kashmir.

A reporter with ‘Indian Express’ and a senior photographer with an international photo agency also faced the same fate at the hospital.

Daanish adds, “Night curfews add to our daily problems. My two senior editors at Rising Kashmir, Faisul Yaseen and Adil Masood, met with an ugly incident on the evening of August 18. Even before they could reach near the barricade at Sanat Nagar, forces standing there yelled at them, “either go back or we will shoot”.

On August 20, the security personnel associated with the paramilitary Sashastra Seema Bal (SSB) aimed guns at the staff of a local daily shortly after the latter left for home from their offices in Srinagar. Greater Kashmir senior correspondent Abid Bashir along with Kashmir Uzma senior correspondent Bilal Furqani and another staffer Shafqat Ahmed were stopped by SSB men at TRC crossing near Radio Kashmir building.

"They shouted at us and asked us to go back. We told them that we are journalists and showed them our curfew passes. They became more furious and refused to entertain the curfew passes. They aimed their guns at us,” the terrified staffers said after the incident. "It was only after we called a senior police officer that we were let off,” they added.

In another incident on August 17, 25-year-old journalist Sumaiya Yousuf was allegedly abused and beaten up by an IPS officer and his team at Jawahar Nagar in Srinagar city. According to her, the incident occurred at around 7.30 pm. “I had filed my story and was on my way home. My mother called, asking if I could buy some vegetables because there was nothing at home,” she says. “I saw a shop in Jawahar Nagar and stopped to check. I bought some vegetables,” she said. “The moment I began to walk back towards my car, the officer and his men jumped out of their Rakshak. First, they started beating up the shopkeeper. Then they hit and abused me”.

Sumaiya says that she has brought the episode to the notice of the top brass of the police who promised to “look into the matter”. “Nothing happened,’’ she said, as no action has yet been taken.

No journalist body has come out to show solidarity with her or highlight the troubles faced by the reporters in Kashmir.

“Journalists walk a very tightrope in Kashmir,” said Iqbal Mir, a reporter with a local daily. Mir says there is “nothing new” in security forces targeting journalists. “”What’s new is the common Kashmiri’s anger against the media,” he says.

(Irfan Quraishi is a Kashmir-based broadcast & multimedia journalist. He has previously worked for Day & Night News and Kashmir Times. )