Headlines Push Mayawati Out, But Endorsements Keep Her in the Fray

NEW DELHI: Mayawati seems to be slowly countering the threat posed by the Samajwadi Party(SP) - Congress’s political coalition by building her own social coalition.

With the dwindling fortunes of the Bharatiya Janata Party (BJP) and incessant infighting in the Yadav family, the Dalit-Muslim poll plank of Bajujan Samaj Party (BSP) almost seemed like a winning formula until the last minute coalition of SP-Congress took some wind out of it. The alliance was a well thought out plan to stop the flow of Muslims to the BSP.

Political analysts claim that boosted by muslim support the alliance will fight it out with BJP. So much so, the BSP is being considered not even in the reckoning, much less in a close fight. Imagine this - The Week-Hansa is giving it apaltry 22 seats while the Times Now - VMR forecasting about 48 seats out of the total 403. 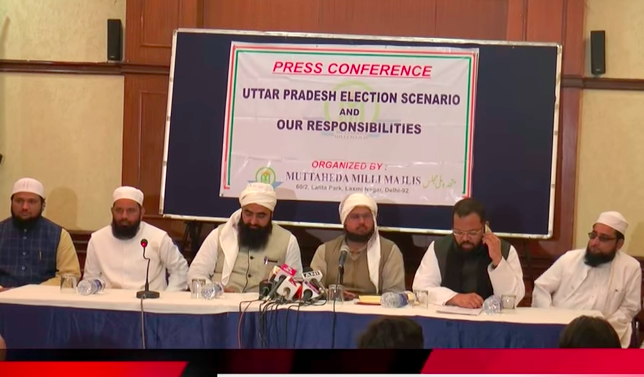 Where does that leave the BSP? Is the party really out of the reckoning? The answer is no.

BSP has been wooing the Muslim community for long. Either by distributing a bigger pie of tickets or making overtures to the Muslim Clerics for endorsement. But it has never been able to break the 25% barrier of the communities support. To its dismay, the Muslim Clerics have sided with either SP or Congress in the past.

A simple comparison of Mayawati’s riot-free rule and Akhilesh’s inept handing of riots (to some estimates around 400 riots of different intensity) would suggest Muslim’s are deserting SP. Also, compared to other parties, Mayawati has allocated a whopping 100 tickets to muslim candidates — a well thought out strategy to get the majority of the 18% Muslims along with its core of Dalit votes.

Akhilesh Yadav’s makeover of a young man with only development in mind apparently came with a heavy price. It meant that he would not be seen with Muslim clerics or Imams. The young CM consistently tried to break free from the image his father had created. ‘Mulla Mulayam’ — they used to call him for his bonhomie with Muslims. But Akhilesh was different man and he continued to refuse meetings with Clerics or community leaders.

At the same time, Mayawati through her trusted lieutenants was making overtures to woo Muslim leaders by promising justice to those arrested on false charges and crime-free regime beneficial for all.

But as Yadav family drama ended happily without any split in the SP, this was a worrying sign for the BSP.

The BSP seems to have madea tactical shift in it’s positioning since the alliance was declared. In the last one week, the party has managed to get a string of endorsements — some voluntary and some through deliberations.

For instance, Quami Ekta Dal of Mukhtar Ansar was inducted within days of the alliance. The BSP had to choose between carrying a baggage of inducting erstwhile dons and their influence in pockets, and losing tremendous support.The BSP chose the former option thinking that the presence of such criminal elements in the other parties — will neutralize the impact. The day the Ansari brothers were inducted, he fired the first salvo at Akhilesh Yadav calling him “anti-muslim”.

Ignoring overtures by the BSP in 2014, Shahi Imam of Delhi’s Jama Masjid in the last minuteshad supported the Congress party. But this time he has announced his support for the BSP proclaiming that Muslims remain safe under Mayawati regime. 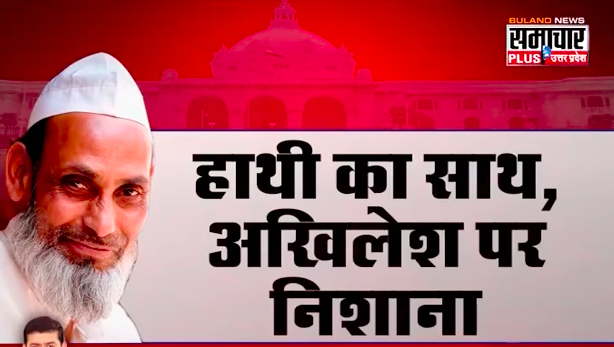 After the SP-Congress coalition was announced, BSP received a flurry of endorsements —most of them voluntary — perhaps signaling that its Muslim outreach program was bearing fruit.

On Feb 4, the All India Ulema and Mashaikh Board (AIUMB), a body representing patrons-in-chief of dargahs, imams of masjids, mufti and teachers of madrassas announced their support to Mayawati. President of the board Syed Mohammad Ashraf Kichhouchhwi announced that the organisation will conduct meetings across the state and seek support from Muslims for the BSP. His grudge — neglect of the community by Akhilesh Yadav.

On the same Day, Garib Nawaz foundation too threw its weight behind the BSP for reasons very similar.

A week earlier on January 31, Muttaheda Milli Majlis had supported the BSP. Justifying why Muslims should support a party which has formed government with the BJP thrice, Mufti Ijaj Ashram Kazmi said that Mayawati has never compromised and always overpowered BJP despite getting its support, while Mulayam Singh came out of the grand alliance and fielded Yadav candidates to benefit the BJP in Bihar.

Recalling that the SP too had also formed government in 1989 with BJP in UP, he alleged that Akhilesh Yadav has not given any space to Muslim demands in his manifesto, lest he alienate Hindu votes.

Thus far, not a single Major muslim clerics organization has supported SP and appeared to have coalesced behind Mayawati this time.

Most clerics have three issues with the Chief Minister that could prove costly.

One, rebuff to Muslim clerics and his scant respect to even discuss the community’s issues. Second, non-fulfillment of promise of giving 18% reservation to minorities and thirdly, his inability to control the BJP and riots and thereby ensure the safety and security of the minority community.

Mayawati’s no-nonsense image, being a strong administrator and a person best suited to control BJP and maintain harmony could prove decisive.

Clerics and Imams endorsement doesn't always mean 100% support from the community but the way all organizations are endorsing BSP could dramatically increase the percent of muslims voting for the party —demonstrated by views of the ordinary muslims in the rallies of the BSP in western UP.

Mayawati seems to have reciprocated the unilateral support by Muslim clerics. In her last few rallies —including the one-lakh strong rally at Agra — Mayawati spoke of BJP’s meddling of personal matters of Muslims like Triple Talaq and putting innocents in jail. Away from mainstream media’s limelight, Dalit Muslims flocking to BSP rallies seems to have changed the equation and put the party back in the reckoning.

The BSP is also be boosted by the fact that polls start from its bastion of Western UP where the party has fielded 50 Muslim candidates —i.e.one third of the total 149 seats in the region. A great performance in the region would definitely open up the entire election.

If the clerics endorsement wasn't enough, on 7 Feb, the Akhil Bharatiya Brahman Mahasangh. also endorsed Mayawati calling BSP a party that gives Brahmins “most respect”. Brahmins who form 10% of the population are crucial in UP.

Both the BJP and Akhilesh Yadav have an advantage of Media coverage, which Mayawati doesn’t. Moreover, she doesn't have any alliance with the other parties. And that’s precisely why the BSP is making a social alliance coalition at the ground level.

The BSP is optimistic that a great start in western UP --February 11 being the first phase---will give it much needed boost.