SRINAGAR: Violent protests broke out in south Kashmir Monday after angry residents clashed with forces who laid a seige around a village in Shopian district following inputs about the presence of militants there.

According to police and local sources, a team of Army, CRPF and J&K Police cordoned off Pinjura village on Monday morning. When the team started search operation, residents came out of their homes and started protesting.

A senior police officer, wishing anonymity, said the residents clashed with forces in the village, apparently to help the suspected militants holed up there in escaping, "However, our forces pushed them back using mild force," the officer said. 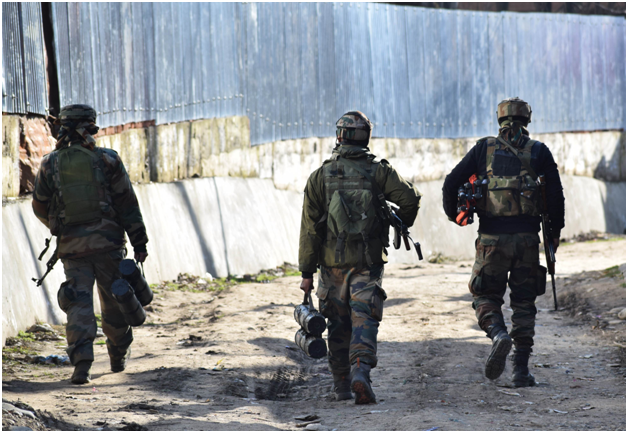 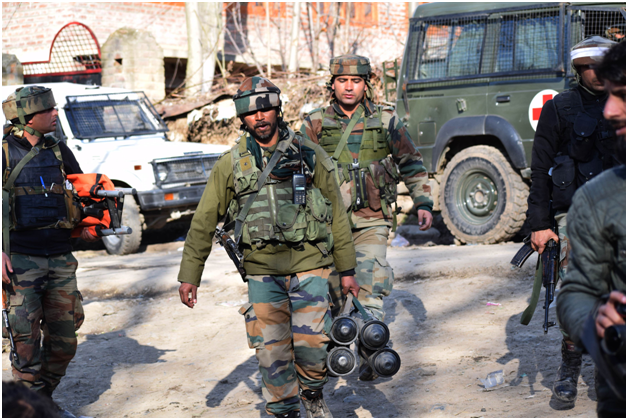 Witnesses said police used teargas shells and also fired aerial shots to disperse the protesters who were throwing stones at them, "They have erected rock barricades in the village to prevent forces from moving ahead," sources said.

The incident comes two days after locals in the adjoining Heff and Sugan villages of Shopian district clashed with forces who were carrying out a search operation in these areas following intelligence inputs about the presence of militants there.

Police sources said a group of militants managed to escape from these villages after the residents posed a stiff resistance to the troops. At least 10 persons were injured during the clashes and one of them sustained a bullet injury in his hand while another sustained a pellet injury in the eye. 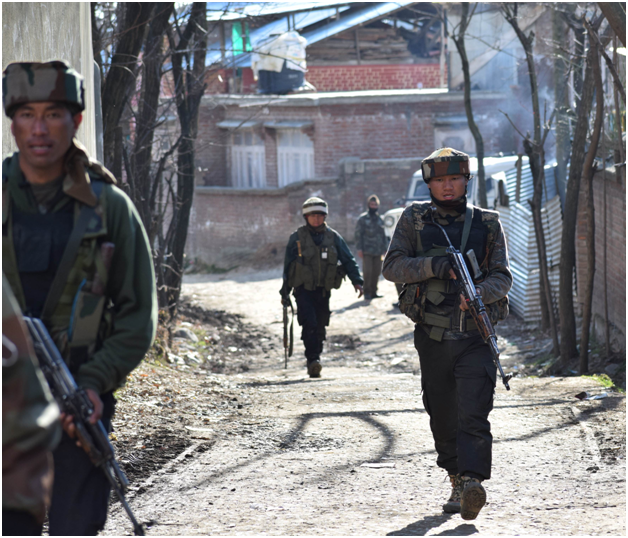 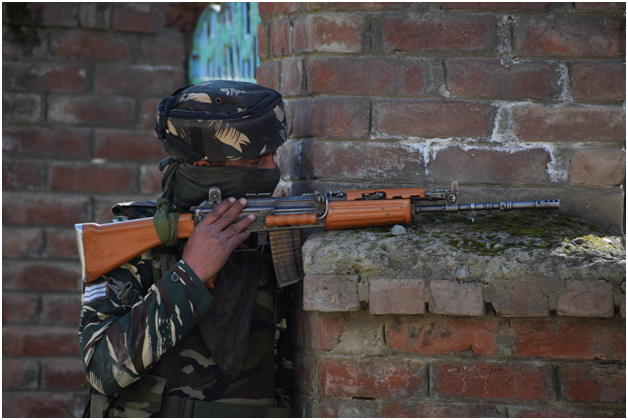 The trend of locals coming out to rescue militants trapped by security forces has been gaining momentum in Kashmir Valley following the killing of Hizbul Mujahideen commander Burhan Wani in an encounter with forces in south Kashmir last year.

Putting themselves in the line of fire, locals in Kashmir, including children and women, try to break the cordon laid by forces around the areas where suspected militants are holed up counting their last breaths, by pelting stones at troopers to divert their attention.

According to one estimate by J&K Police, nearly three dozen militants have managed to escape from cordons due to stone pelting by locals. At least half dozen local civilians have also died while trying to help the local militants in escaping.

"We exercise maximum restraint while dealing with civilian protesters near the sites of encounters. Although Section 144 is imposed around such sites, locals pay no heed to restrictions and often indulge in violence," the police officer said.

Meanwhile, a complete shutdown is being observed in Tral and its adjoining areas where a local Hizbul Mujahideen militant, Aquib Ahmad, was killed in an encounter yesterday along with another militant.