In Pictures: Two Soldiers Injured in Attack on Army Convoy

SRINAGAR: At least two soldiers were injured in a militant attack on an army convoy near a hospital on Parimpora-Panthachowk bypass road in Srinagar on Saturday, police said.

A police official said some miscreants started pelting stones at the police and the paramilitary CRPF personnel soon after the attack, triggering clashes. 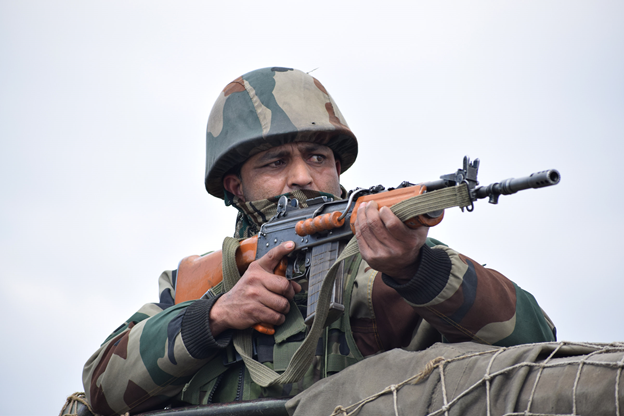 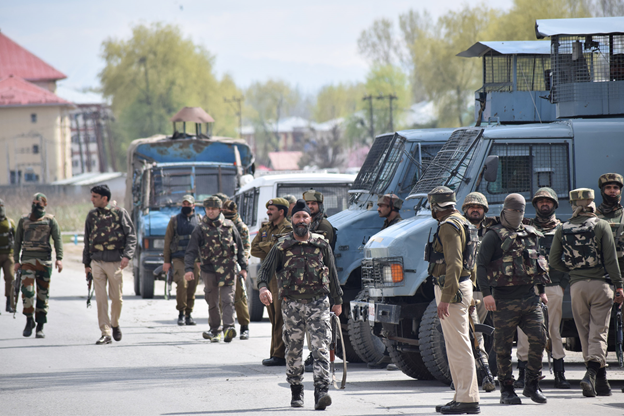 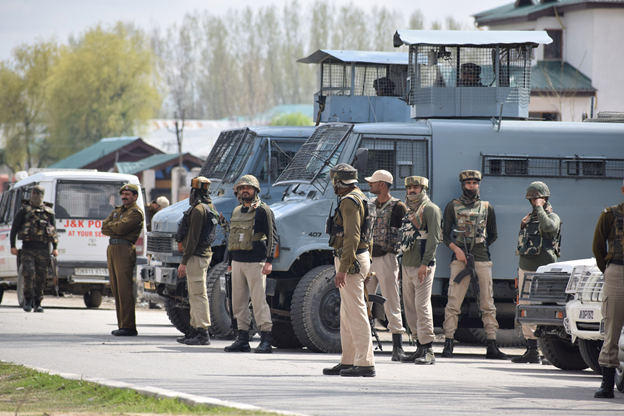 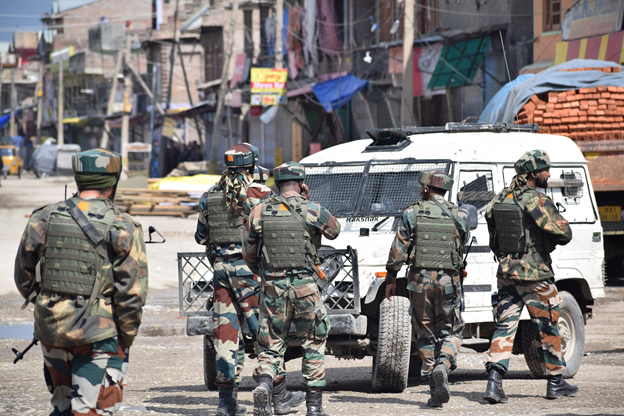 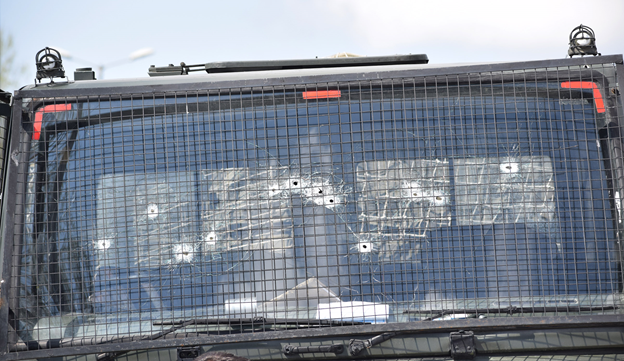 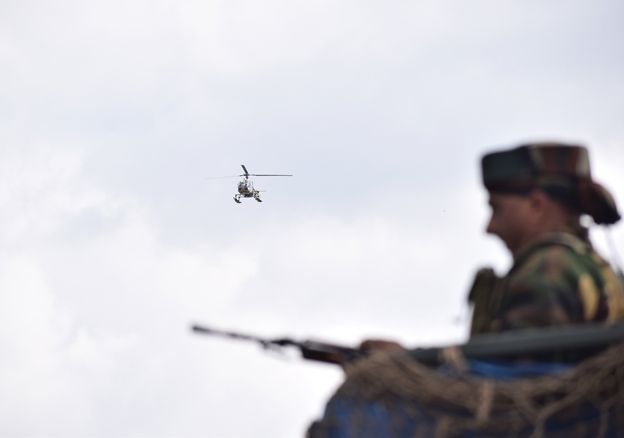 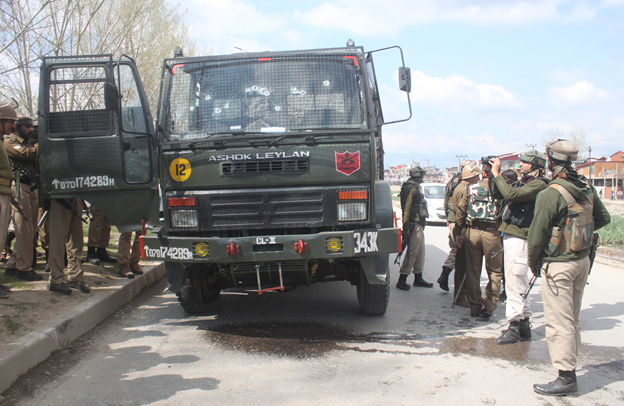