CRPF Trooper Killed in LeT Attack, A Girl Amongst Injured

SRINAGAR: A Central Reserve Police Force (CRPF) trooper was killed while five others were injured, two of them critically, in a militant attack Monday on the outskirts of Srinagar, a day after a J&K Police constable was killed in a similar fashion in old city.

With just six days to go for the by-poll to Srinagar Lok Sabha seat, militants struck in the city again by opening fire at a CRPF convoy in Pantha Chowk on Monday evening, injuring a girl in the process as well, "A CRPF jawan succumbed while two more are critical. The condition of others is stable," CRPF spokesman Rajesh Yadav said. 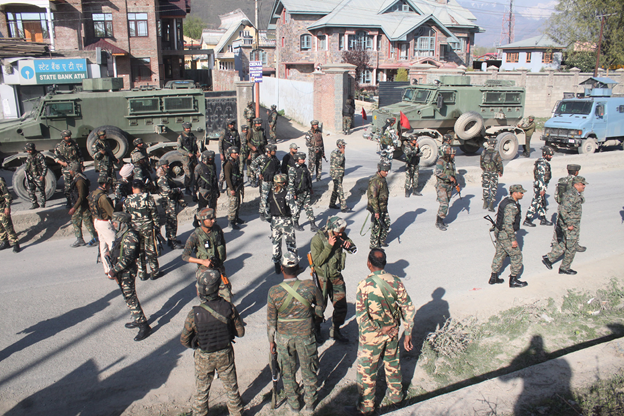 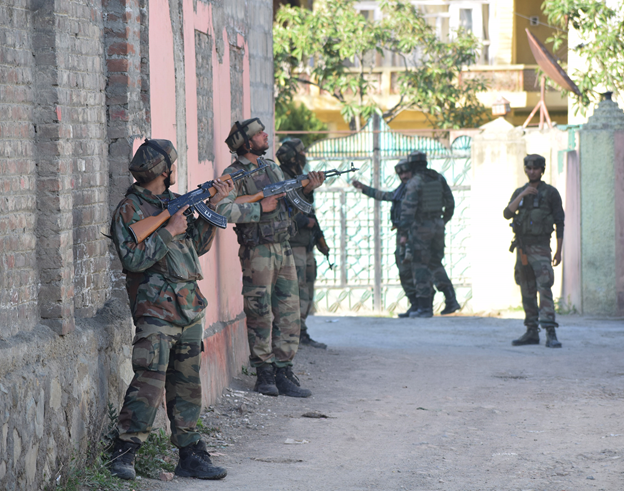 Pakistan-based outfit Lashkar-e-Toiba claimed responsibility for the latest attack. In a statement to a local news agency, Lashkar chief Mahmood Shah while claiming the attack “congratulated commander Abu Musa for the successful attack”.

The attack comes a day after a J&K police constable, Shamim Ahmad, was killed while nearly dozen police and paramilitary forces were injured when suspected militants hurled a grenade at a patrol of forces in old city's Nowhatta locality near the historic 14th century Jamia Masjid on Sunday evening. 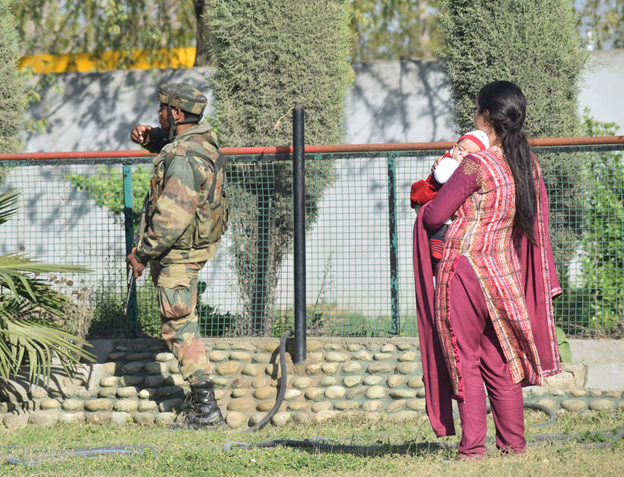 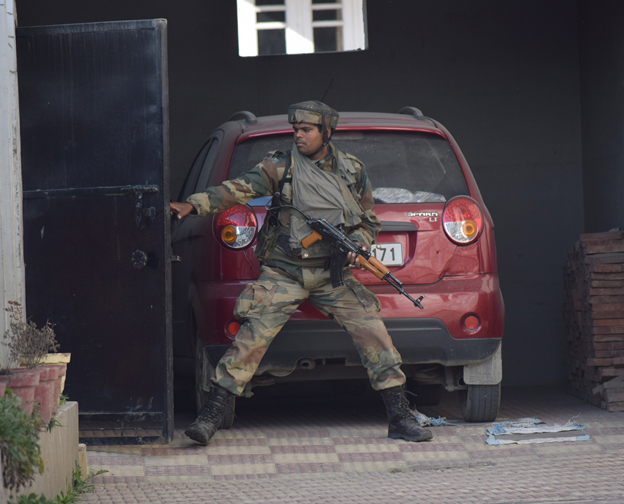 Earlier on Sunday, suspected militants opened fire at a convoy of Army in Bemina locality of Srinagar during which three Army soldiers were injured. The Hizbul Mujahideen outfit had claimed responsibility for the attack.

Insurgency-related violence has registered a sharp rise ahead of the by-polls to two of three Lok Sabha seats in the Valley with militants targeting security personnel and also warning families of police personnel against "harming" the militants' families or their sympathisers. 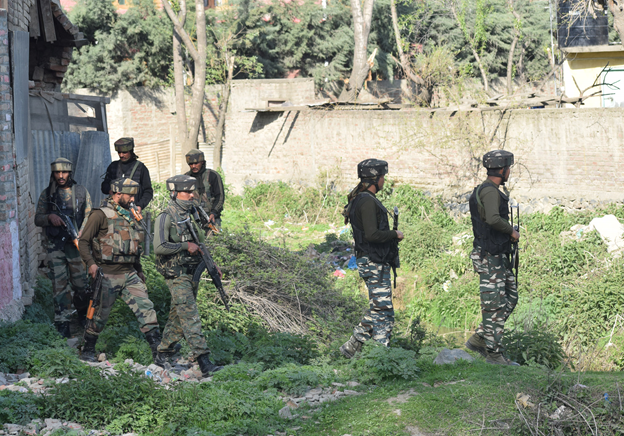 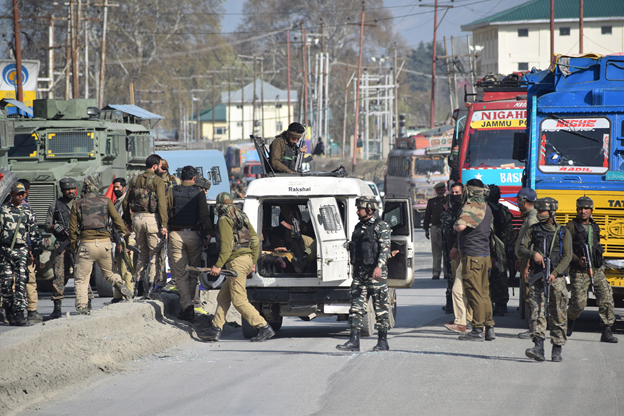 Tensions prevail in the volatile region with clashes breaking out in poll bound Anantnag and Bugdam districts on Monday. According to reports, several protesters suffered injuries in central Kashmir's Chadoora village after protests broke out there against the killings of three civilians last week.

"Youth pelted stones at forces' convoy who responded with heavy teargas and pellet firing," witnesses said. Of the victims, four with pellet injuries were treated at SDH Chadoora and one identified as Abdul Rashid Sheikh, a resident of nearby Panzan area, had sustained pellet injuries in his both eyes. "He was referred to Srinagar for specialized treatment," a doctor who attended to the wounded, said.

Amid rising tensions, bypolls to Srinagar and Anantnag Lok Sabha seats will be held on April 9 and April 12 respectively even as the Hurriyat leadership has appealed the people "not to disrespect the sacrifices of martyrs" and boycott the elections.

Meanwhile a day before a policeman was killed in a grenade attack at Nowhatta. Photographs of the wreath laying ceremony: 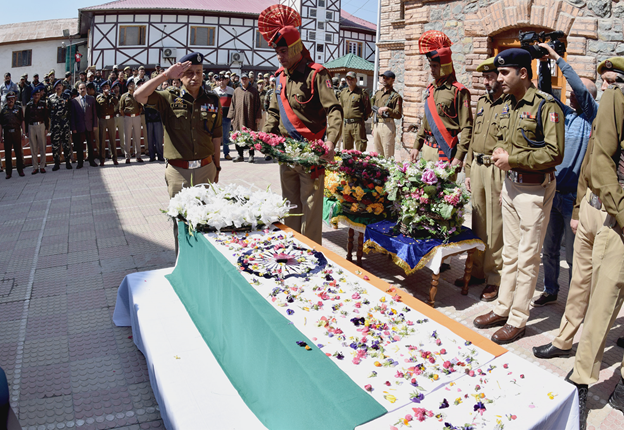 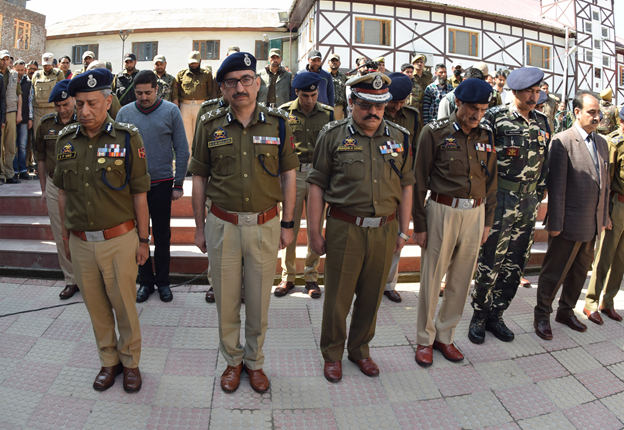 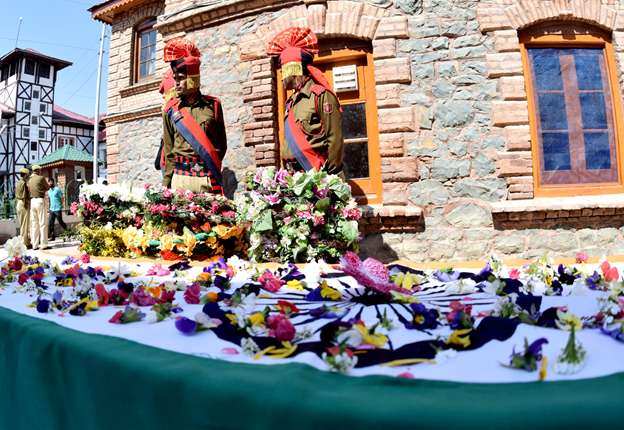 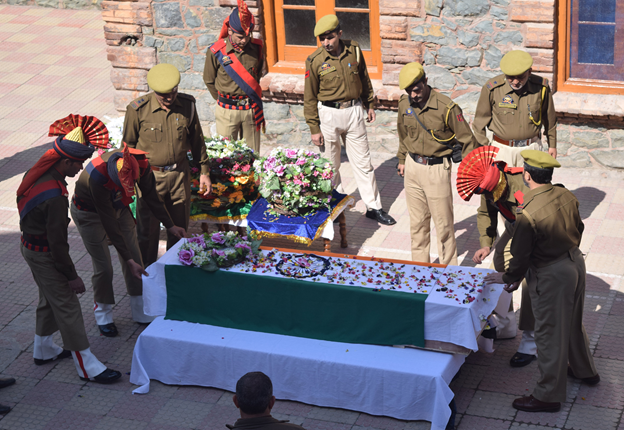 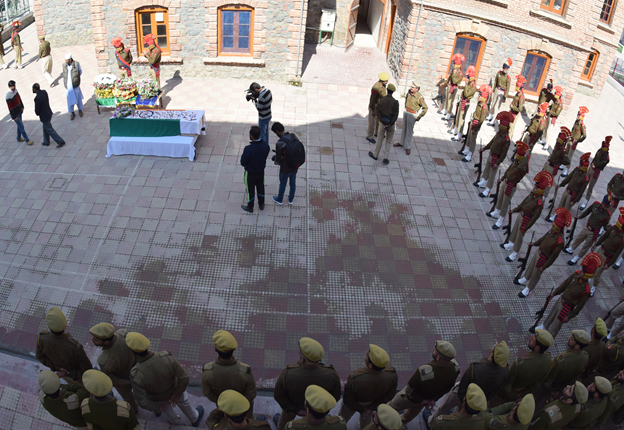 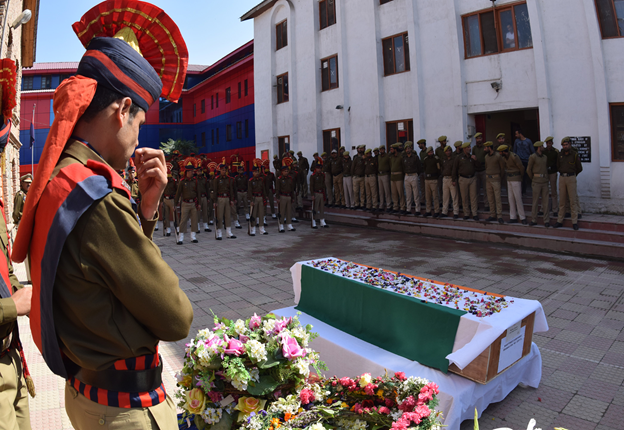 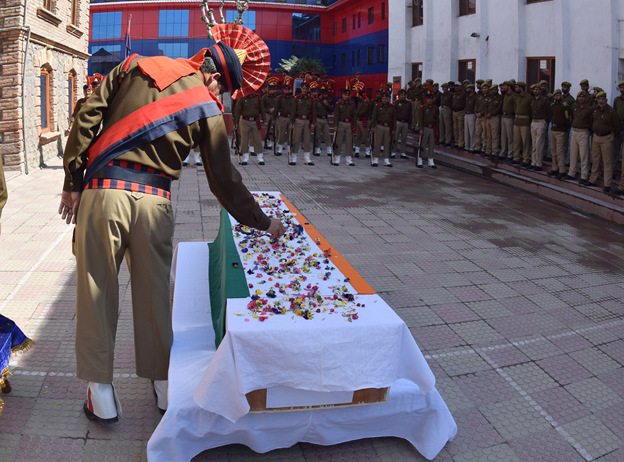 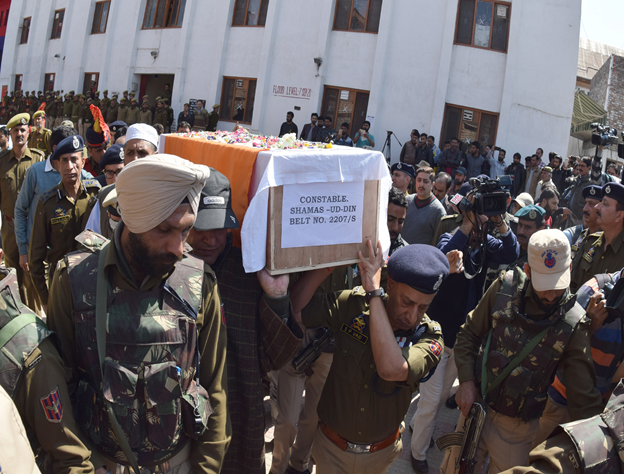