SRINAGAR: Amid simmering tension in Kashmir, the Election Commission's decision to defer the Anantnag Lok Sabha by-poll has sparked a political controversy with the Jammu and Kashmir Congress chief, Ghulam Ahmad Mir, threatening to withdraw from the poll battle.

A day after the Commission announced to defer the polls to May 25 in the wake of large scale protests and violence on the day of election in Srinagar constituency, Mir said if the Governor's rule is not imposed in the state, he will pull out of the battle.

"It is due to the failure of (J&K chief minister) Mehbooba Mufti government to provide a secure environment that the election has been deferred. She should be removed from the chair, else I will pull out of the contest," Mir said.

Mir claimed that the ruling Peoples Democratic Party's candidate and Mehbooba's brother, Tassaduq Mufti, was going to face "huge defeat" at his hands in the polls earlier scheduled on April 12 due to which the election was deferred.

"People were going to vote against the PDP candidate which is why the decision of cancelling the election. If Anantnag is not safe for election, then how are they going to ensure safety in areas of Srinagar constituency which are going for re-poll?" Mir told The Citizen.

The Election Commission Tuesday announced re-polling at 38 polling stations in Srinagar Lok Sabha constituency where voting was marred due to anti-election and pro-freedom protests on Sunday during which eight civilian protesters were shot dead.

Reacting to the EC's decision of deferring Anantnag by-poll, J&K Chief Minister and working president of National Conference, Omar Abdullah tweeted: "Situation isn’t conducive for polls in Anantnag but it’s conducive for a re-poll in the areas worst affected by violence on the 9th. Logic??”

Meanwhile, senior PDP leader and former revenue minister, Javed Mustafa Mir, hit out at the Election Commission for announcing re-polling to be conducted on April 13 in parts of Srinagar constituency. He said the situation is already tense and holding polls will flare up passions in the Valley.

"My concern is not polling but the protection of people. On Sunday, it was total mismanagement. Innocent youth were butchered. If there will be re-polling, there will be killing and violence. You can’t force people to rush to polling stations and vote amid violence,” he said.

He said the Election Commission’s decision comes merely after three days of the killing of eight civilian protesters. “Election Commission has not taken the civilian killings and the outrage and resentment expressed by people into account. Situation can’t be retrieved by any means so quickly in order to have a free and fair poll,” Javed said.

Continuing with its boycott call, the Hurriyat Tuesday appealed people to stay away from polling stations in areas where re-polling will be held. Earlier, the separatists had dubbed the low participation of voters in Srinagar constituency as "slap on Indian democracy".

The following photographs by The Citizen Photographer BASIT ZARGAR are of the National Conference press conference, and Srinagar as a fortress: 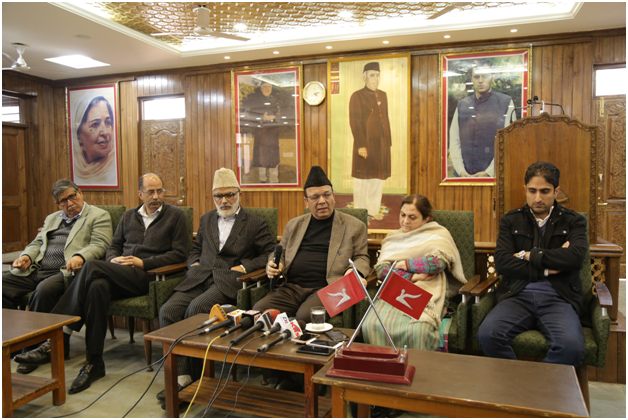 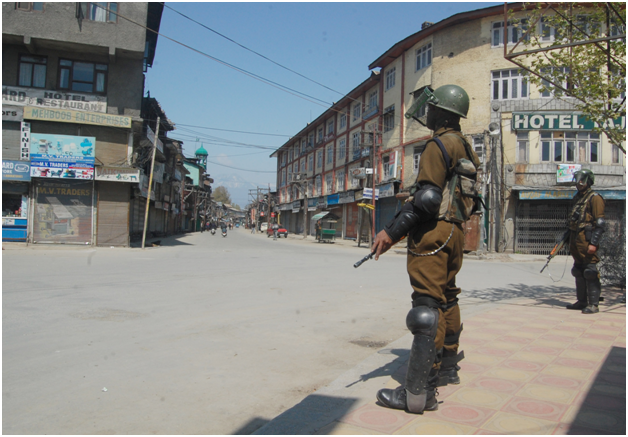 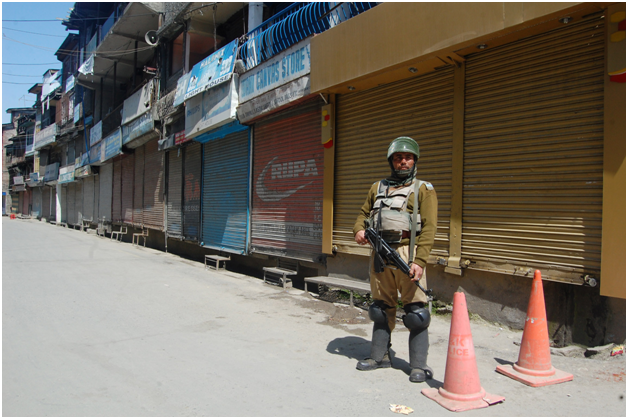