SRINAGAR: The bullet-riddled body of an Army officer, who was abducted by unknown gunmen last night from a south Kashmir village, was recovered on Wednesday with the police suspecting the involvement of militants in the murder. 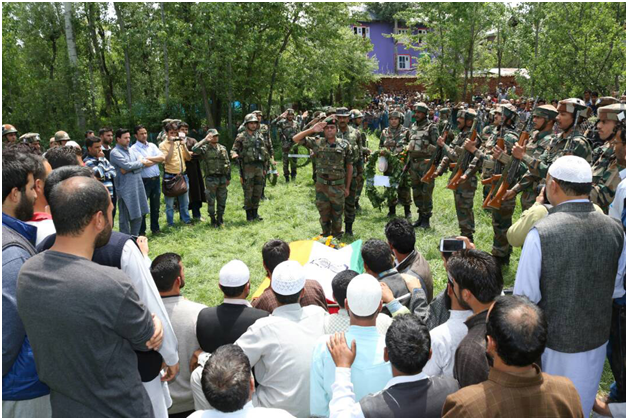 Lieutenant Umer Fayaz, a resident of the restive Kulgam district in south Kashmir who was posted in Akhnoor district of Jammu region, was on leave to attend a marriage function in the family when he was abducted from the venue of the marriage in Shopian district last night.

Officials said the bullet-riddled body of Lt Fayaz was spotted by passers-by in Harmain area of Shopian on Wednesday morning who later informed the police, "There were visible torture marks on his body. It has been sent for a post mortem examination and a case has been registered," a police officer said. 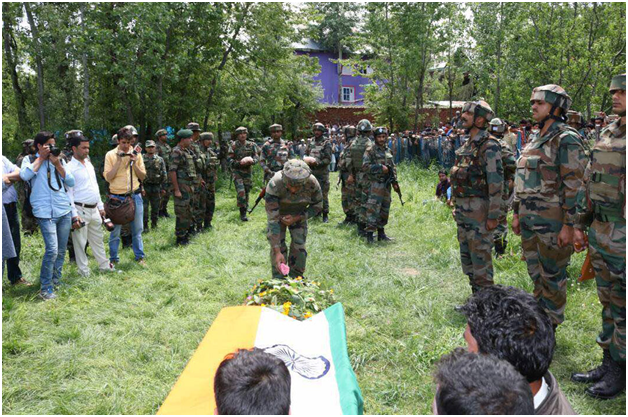 Fayaz, who was inducted into Rajputana Rifles, had joined the Army in 2012. He had arrived in Kashmir nearly a week ago. According to family sources, he was very passionate about sports. The Army's spokesperson in Srinagar didn't respond to repeated phone calls.

"We don't know who is behind the killing. We live in extremely tense situation where it is difficult to say with certainty who could have killed him. He has never harmed anyone," Fayaz Ahmad, father of the slain Army officer, told The Citizen. 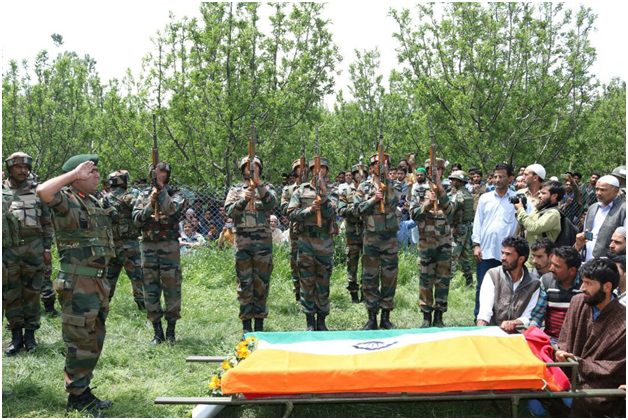 Umar, who is the first person to join National Defence Academy from Kulgam, was the lone brother of two sisters who are enrolled at a local seminary. His mother, Jameela Begum, is a housewife. She remains inconsolable at their home.

"He used to help others in the village. Why would anyone kill him? My world has ended with his death. Which creature has taken you? Return my son. Return to your mother," Jameela said at their house, as women from the neighbourhood tried to pacify her. 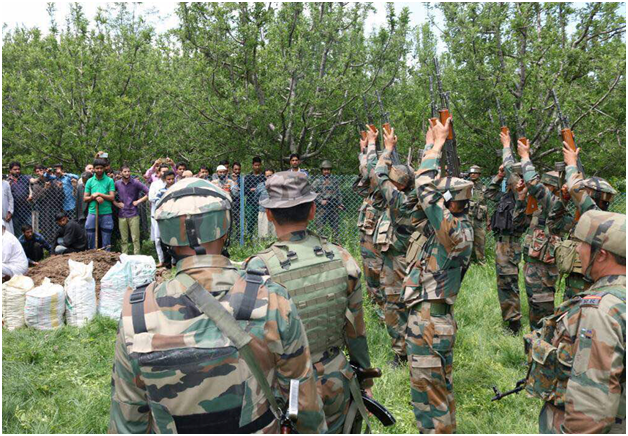 “Lt. Ummer Fayaz of 2RAJRIF was an exceptional sportsman, his sacrifice reiterates nation’s commitment to eliminate terrorism from the Valley", Defence Minister Arun Jaitley said in a series od tweets. "We share the grief of family of Lt. Umer Fayaz & stand in solidarity. Lt. Umer Fayaz will continue to inspire youth from the Valley,”

The body of the deceased was later brought to the village for burial. The funeral prayers were attended by nearly 800 people including Army and senior police officers. Amid protests and gun salute by the Army, the slain was laid to rest in the village graveyard.