SRINAGAR: In a major success for the security forces, a top Hizb commander, active since 2013, has been gunned down along with another militant in an ongoing encounter which began last night in the volatile south Kashmir, officials said.

Authorities have seized mobile internet services and situation was set to escalate in the aftermath of the encounter with student protests breaking out in the parts of the Valley soon after the news of the killing spread on the social media.

Sabzaar Bhat, an A++ category militant and commander of Hizbul Mujahedeen, who was touted as the successor of Burhan Wani in Kashmir, was killed along with another militant, Faizan, in Saimoh village of Pulwama district today, police said. 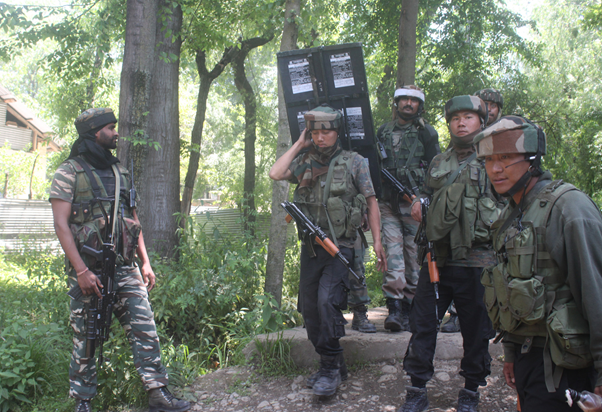 The exchange of fire is going on near the encounter site where another militant, believed to be Adil Ahmad, is still firing at the forces, from inside the house. Both Adil and Faizan were class 10 students when they joined militancy in the aftermath of the killing of Burhan Wani last year.

Officials said the operation started last night when a group of suspected militants opened fire on a patrol of Army’s 24 Rashtriya Rifles near Saimoh at 8:45 pm.

“None of our solider was injured in the firing incident,” an army official said. 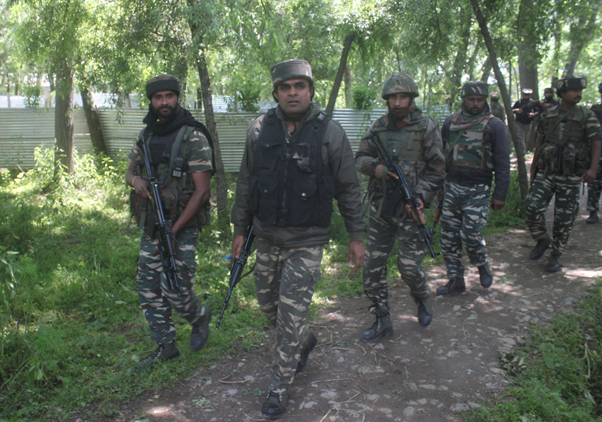 The officials said additional reinforcement was brought in and a cordon was laid around the area, “The exchange of fire began today morning. Three militants were trapped in the house of which two have been killed,” the army official said.

As firing was going on in the area, intense clashes broke out in the adjoining Rathsun, the native village of Sabzaar, where more than dozen locals, mostly youths, suffered pellet and shell injuries, in a retaliatory action by the forces who prevented protestors from breaking cordon around the house where the militants were trapped.

Witnesses said the government forces barged into the homes and damaged property while chasing away stone throwing crowd who were shouting anti-India, pro-militancy and pro-freedom slogans, in Rathsun near Tral, the home town of Burhan Wani who was gunned down in an encounter last year. 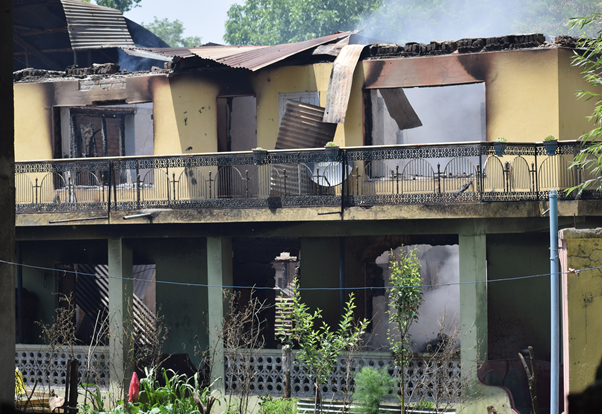 A spontaneous shutdown is being observed while protests broke out in parts of Kashmir including the capital Srinagar against the killing of Sabzaar who, police said, was involved in more than two dozen attacks over the last four years including killing of a Sarpanch in 2014.

At many places, witnesses said, calls for holding in absentia funeral prayers for slain militants were made from mosques.

Students at some any educational institutions prominently in south Kashmir as well as some government run institutions in the capital are staged protests against the killings with violent clashes between forces and stone throwing crowds reported from Anantnag and Srinagar. 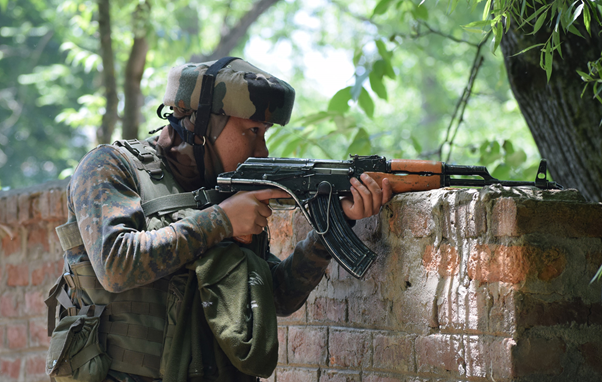 Sabzaar had joined militancy in the aftermath of 2010 uprising during which over 120 civilians, mostly teenagers were killed in six months of intense protests and the intermittent crackdown in subsequent years on the protesters in the Valley.