SRINAGAR: A top Lashkar-e-Toiba commander, who reportedly masterminded the recent killings of policemen, was gunned down in an encounter in south Kashmir along with his associate. Two civilians were also killed during clashes near the encounter site.

Police officials and witnesses said a large contingent of Army, J&K police and paramilitary troopers laid siege around Brenthi Batpora village of Anantnag district in wee hours today following inputs about the presence of Bashir Lashkari and his associate in the village. 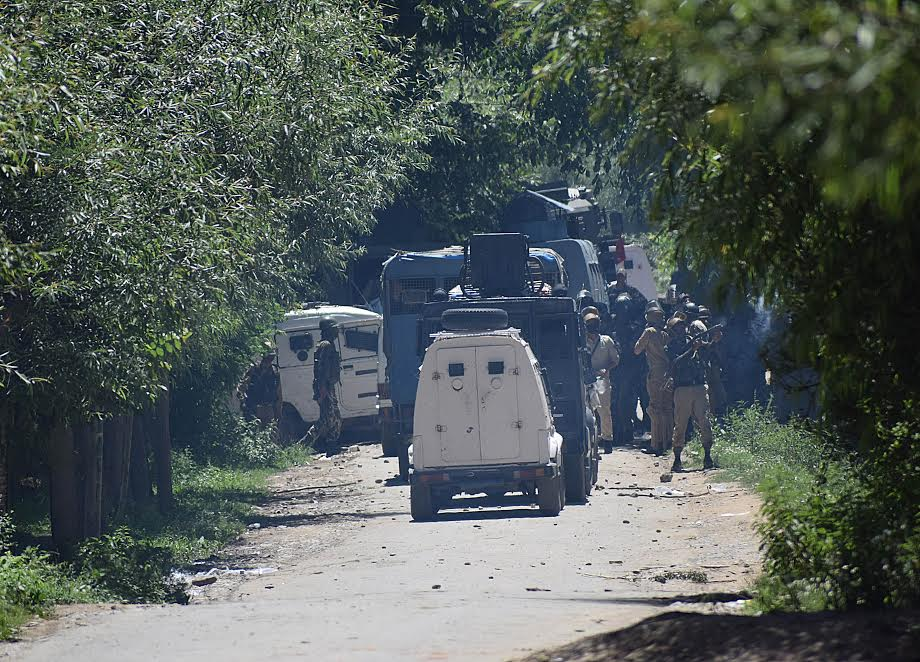 Lashkari, a top Lashkar-e-Toiba commander is believed to have masterminded the last month's killings of a station house officer along with his five associates in Anantnag. He was first held in 2001 on charges of militancy and has been active on and off since.

Witnesses said as soon as the villagers got to know about the search operation, they came out on the roads and started protesting. Announcements were made from local mosques, appealing people to come out and help the trapped militants in escaping. 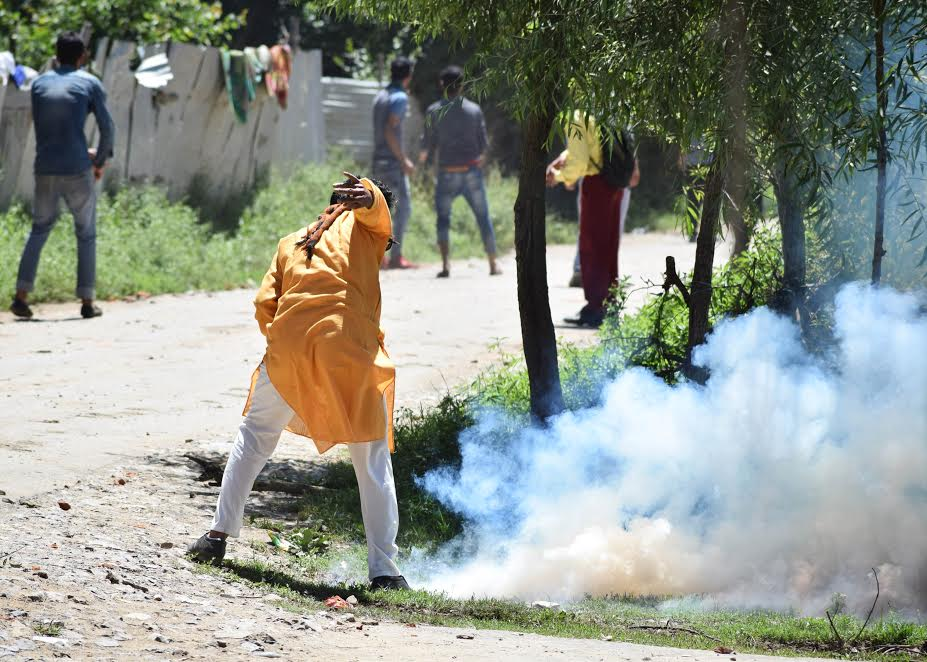 Sources said a hostage situation developed at the site of the encounter where, police said, 19 civilians were rescused from at least five houses, including the one where the two militants were holed up.

Officials said protests by locals, including women and children, boiled down into clashes during which protesters pelted stones at the forces in an attempt to break the cordon around the house where the suspected militants were holed up. 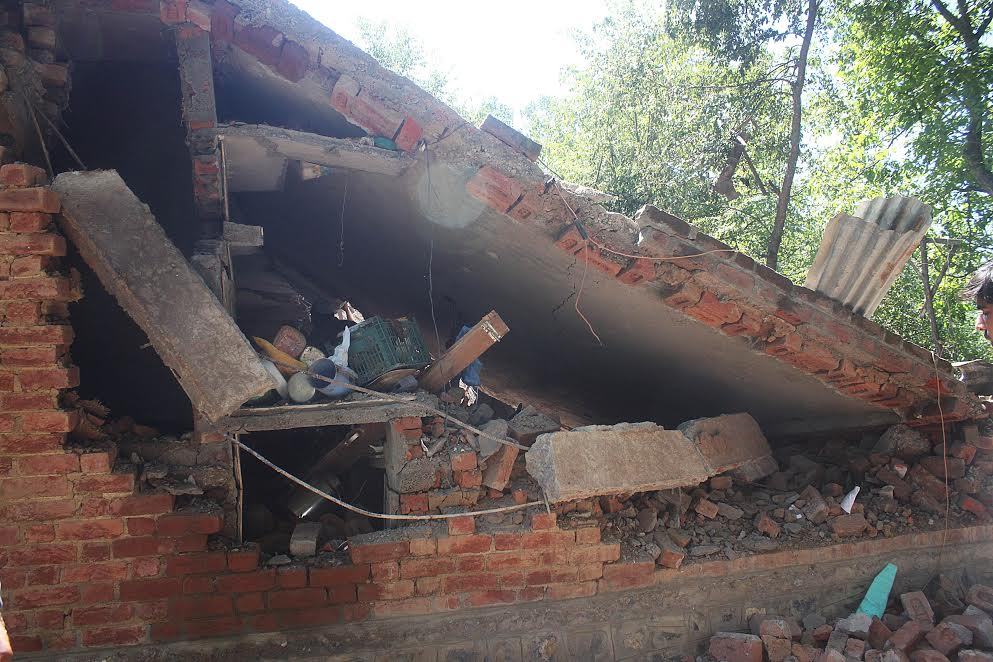 "The militants opened fire on our forces, sparking an encounter. In the cross firing, one lady sustained injuries and later on succumbed. However, some militants are holed up in the house. Efforts are on to take out the civilians out of this house,” a J&K Police spokesperson said.

The deceased was identified as Tahira, a housewife who is believed to be in her forties. Sources said she was hit by a bullet in her back and was declared dead on arrival at Anantnag district hospital where she was taken for treatment. 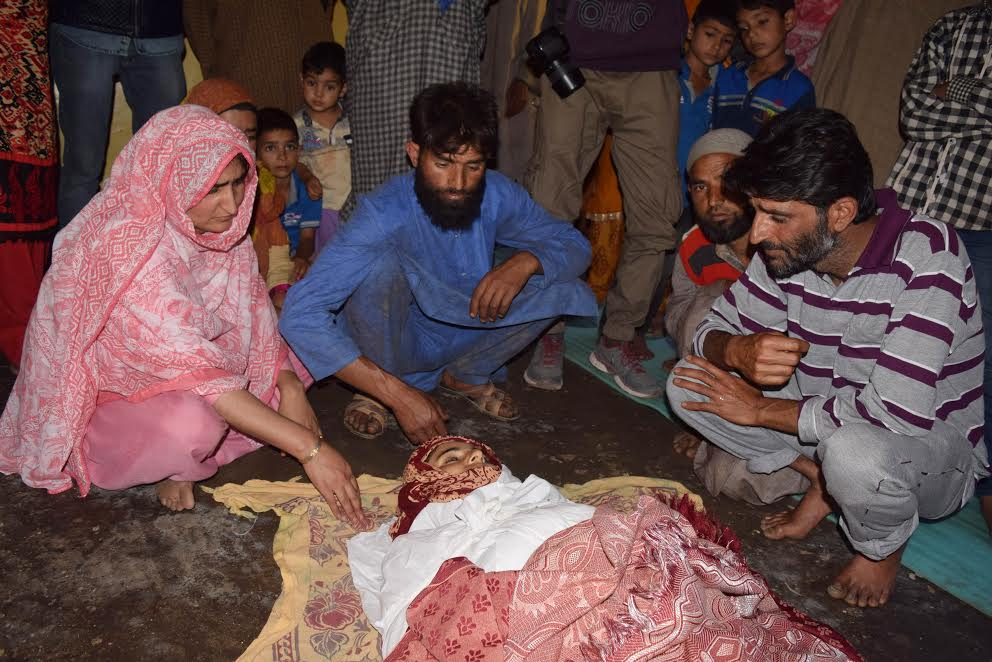 Another civilian identified as Shadab Ahmad, who was hit by a bullet in face during clashes with government forces, was referred to Srinagar's SKIMS hospital where he succumbed to injuries.

Residents alleged the forces fired directly at the protesters, resulting in injuries to several persons. Sources said six more protesters were injured during the clashes, one of them a minor, and at least three of them were hit by bullets.

"Two of them identified as Aqib Ahmad and Jasir Ahmad are being treated at District Hospital Anantnag while another civilian, who was hit by a bullet in his face and whose identity was not immediately known, was referred to Srinagar in a critical state," sources said.

Clashes and protests took place in the area for a long time with people from adjoining villages rushing to the encounter site to help the militants in escaping.

Protests and clashes during encounters have become a common occurrence in Kashmir especially since the last year's killing of Hizb commander Burhan Wani which sparked off a bloodied civilian uprising in the Valley.

According to one estimate, more than dozen civilians have been killed at encounter sites while trying to help the militants in escaping. Authorities have issued advisories in past, asking people to stay away from encounter sites but that hasn't deterred them from coming to help of the trapped militants, most of whom are local youths.