ITANAGAR: Incessant monsoon showers have left scores of people stranded, homeless and helpless in the Northeast as people and state governments struggle to deal with the annual flooding and landslides.

Rains and the resultant flooding of the Brahmaputra Valley is an annual occurrence in Assam but the disaster preparedness has left much to be desired.

The Assam State Disaster Management Authority (ASDMA) had yesterday reported that over 2.7 lakh people across seven districts have been affected by the flooding which claimed one person’s life.

A report by the ASDMA said that a body was recovered from the Subansiri river in Lakhimpur district on July 1, almost two weeks after it had drowned.

Karimganj district has been the worst-hit with the flood affecting over 1.5 lakh people in the district alone. While over 80,000 people have been affected in Lakhimpur district, no relief camps have been set up there. Currently, 14,613 people are in relief camps, most of who are spread across the 112 camps in Karimganj district. 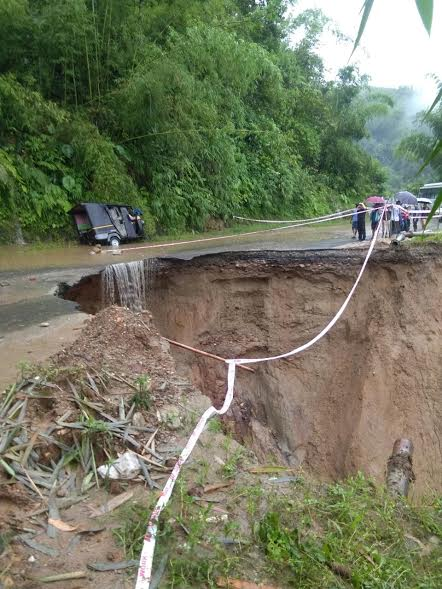 Severe crop damages have also been reported in the state.

The rains and flooding have damaged communication links across other states in the region as well.

In Arunachal Pradesh’s capital, Itanagar, a section of the national highway was washed off as a result of a landslide following heavy rains during the weekend.

Surface communication has taken a hit across the state and commuters were left stranded at several stretches at various places.

Over a hundred people were stranded at Sagalee on Sunday after the bridges over the Papi and Pang rivers were washed away by the flood waters. At least 20 people were airlifted and flown to the state capital as they required medical care.

While no casualties have been reported so far, rivers are flowing at dangerous levels and state authorities have advised people to exercise caution and remain indoors.

In Manipur, over 300 houses were affected in and around the capital Imphal, as per media reports.

Waters from the Nambul river in Imphal also led to flooding in several localities in the capital over the weekend and vehicle movement along the Imphal-Ukhrul road was affected following landslides between Mahadev and Litan area.

Sources said that while the river levels had decreased slightly in the afternoon, the inundations continued to increase. However, by Monday evening rains had resumed after a temporary respite.

The India Meteorological Department has said that the region is likely to see severe rains in the coming days.