In a First, JK Police Arrests A Non-Local from UP For Links With Lashkar

SRINAGAR: A man from Uttar Pradesh has been arrested by Jammu and Kashmir Police, allegedly for links with the militant outfit Lashkar-e-Toiba, in what authorities describe as a "major breakthrough" in the ongoing crackdown on militants.

This is for the first time in recent memory that a non-local has been arrested by police for links with militant groups, although non-locals have been previously arrested for indulging in stone pelting.

Khan said Sharma had come to Kashmir from Patiala in January this year along with some associates with the motive of carrying out "criminal activities" and he was held in a robbery case in March. 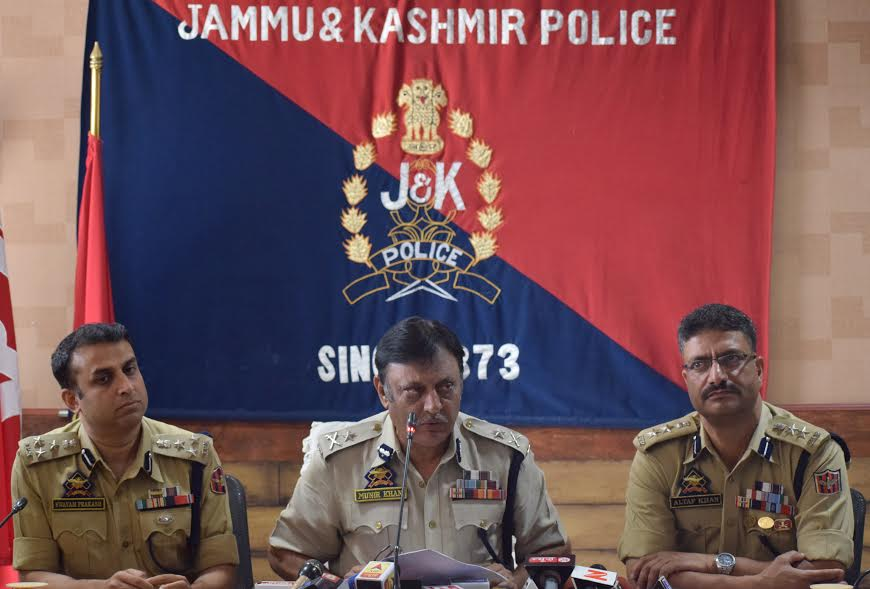 "Consequently, the group stayed at Wanpoh and soon got involved in different kinds of robberies including ATM looting in South Kashmir. In these crimes, they worked in conjunction with Lashkar militants in south Kashmir," Khan said.

Sharma, Khan claimed, was involved in a string of attacks on security forces last month in a span of fortnight during which six policemen, including an SHO, and two Army soldiers were killed.

"Sandeep and Muneeb were also involved in at least four ATM robberies in south Kashmir areas during which more than 10 million rupees were looted," a senior police said, wishing anonymity.

Khan said Sharma "consequently" joined Bashir Lashkari as a "key aid" using an "old acquaintance". "On July 1, Sharma was present in a house at Brinty Dialgam where the encounter took place," Khan said

Bashir and Abu Maaz, a Lashkar-e-Toiba militant from Pakistan, were killed in the July 1 encounter.

"With the active pursuance of his associates he became part of the Over Ground worker for LeT. During the (July 1) encounter, he was rescued along with other members of the family by the Police," he said

Cases of involvement of non-locals in insurgency related incidents are rare. On July 5, Akhtar Alam alias Tayyab, a Lashkar militant from Jammu's Reasi district, was killed in en encounter with security forces in south Kashmir.

Authorities have launched a crackdown against separatist militants in the Valley, particularly the commanders of different outfits, with nearly three dozen militants killed in a matter of few months this year.

On July 1, two years ago, four non-locals, including two non-Muslims, were detained by Srinagar police for allegedly being involved in stone pelting at forces, although they were later released after questioning.