SRINAGAR: The Jammu and Kashmir Police on Tuesday blamed the Lashkar-e-Toiba outfit for one of the worst attacks in Kashmir last evening that left seven pilgrims dead, even as the Amarnath pilgrimage continued normally amid heavy security cover today.

Chief of the Kashmir range, Munir Khan, said there are "credible inputs" about the involvement of the Lashkar in the attack that left seven pilgrims, including six women, dead while 19 pilgrims were injured. Most of the dead pilgrims are from Gujarat.

Meanwhile a group of concerned citizens from New Delhi condemned the attack stating that “we are not going to be cowed by such acts of cowardice which only strengthens our resolve to find resolution of issues, however complicated, through peaceful means and through the democratic process of dialogue. Violence can never be justified as a method of resolving such issues. (full text below)

A review of the yatra security will be undertaken by the authorities while the state cabinet, led by the chief minister Mehbooba Mufti, has called an emergency cabinet meeting, later in afternoon, in view of the attack, which was unequivocally condemned by mainstream parties as well as separatist groups.

The IGP Khan told reporters last evening that the bus, which was not registered with the authorities, was caught in cross-fire after militants fired at a bullet-proof vehicle of J&K police near Botengu area of Anantnag in south Kashmir.

According to sources, four militants, some of them believed to be from Pakistan, were involved in carrying out the attack. As they fled from the spot, the Army swooped down on the area and detained six members of a family. One of them reportedly is a student at an Army school in Anantnag district.

Deputy chief minister Dr Nirmal Singh said the bath of victim pilgrims paid obeisance at the cave shrine of July 8, visited Srinagar and "were on their own", inviting backlash on social media, including from the former chief minister Omar Abdullah.

"So from this we should infer that he's telling tourists not to visit since the state can't ensure their security. This is OUR Dpty CM :(", he tweeted

Officials said the mortal remains of the slain yatris, six women and a man, are being flown to their natives states of Gujarat and Maharashtra.

Last month, Khan has sent out a letter to different security agencies, warning them on an imminent attack on the pilgrimage with militants "planning to kill 100 policemen" and as many pilgrims during this year's pilgrimage.

"The attack may be in the form of stand-off fire on yatra convoy which they believe will result in flaring of communal tensions throughout the nation,” the IGP said in the letter which was circulated on social media and Whatsapp.

Although the Amarnath pilgrimage has been going on without any major disruptions since the cave shrine was discovered some 150 years ago, security agencies ensure adequate cover for the pilgrims to prevent any disturbance.

Last night's attack, described as a "dark spot on the cultural ethos of Kashmir", came after a gap of 17 years when at least 30 pilgrims were killed in an attack by gunmen on a base camp of the pilgrimage near Pahalgam in south Kashmir.

Meanwhile, in a statement to a local news agency, Lashkar spokesman, Dr Abdullah Ghaznavi, termed the attack on Amarnath pilgrims as a "highly reprehensible act."

“Islam does not allow violence against any faith. We strongly condemn such acts. Kashmiris have never targeted any pilgrim ..... this barbarity and atrocity is trademark of Indian forces. India wants to sabotage the freedom struggle of Kashmiris, therefore it uses such attacks to full fill its nefarious agenda," he said.

“At times, India uses Hindus of Uttar Pradesh to hide its terror face, and when it fails, they use false flag attacks against Amarnath Yatris,” he said, referring to the yesterday's arrest of a man from UP, Sandeep Kumar, who police described as an "aide of Bashir Lashkari, a top LeT commander killed earlier this month.

Meanwhile a group of concerned citizens from New Delhi condemned the attack stating that “we are not going to be cowed by such acts of cowardice which only strengthens our resolve to find resolution of issues, however complicated, through peaceful means and through the democratic process of dialogue. Violence can never be justified as a method of resolving such issues.

The Concerned Citizens Group condemns in the strongest terms the barbaric attack on the Amarnath Yatris in Anantnag yesterday and expresses its deepest condolences to the bereaved families. The terrorists who have indulged in this dastardly act have completely misread the mood of the people of Jammu and Kashmir and the rest of India.

We are not going to be cowed down by such acts of cowardice which only strengthens our resolve to find resolution of issues, however complicated, through peaceful means and through the democratic process of dialogue. Violence can never be justified as a method of resolving such issues.

We once again call upon those who believe in violence as a tool either in Jammu and Kashmir or across it to abandon this perilous path, abjure violence and militancy and stop taking innocent lives. We also call upon the governments of Jammu and Kashmir and India to take whatever steps necessary to ensure that there is no recurrence of such incidents in future. 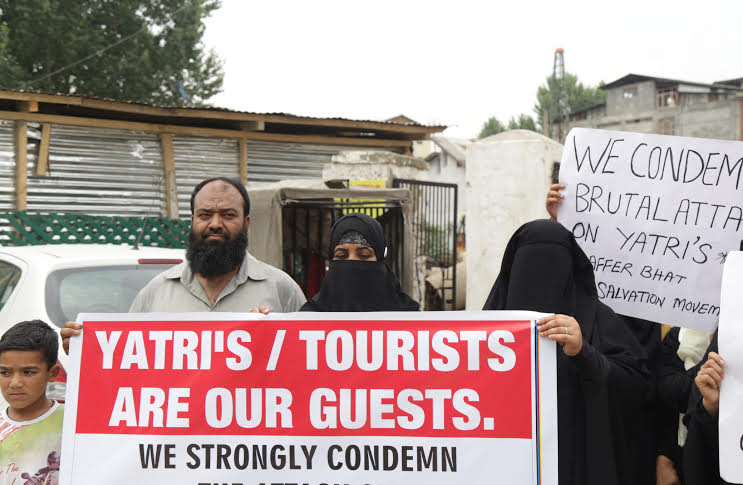 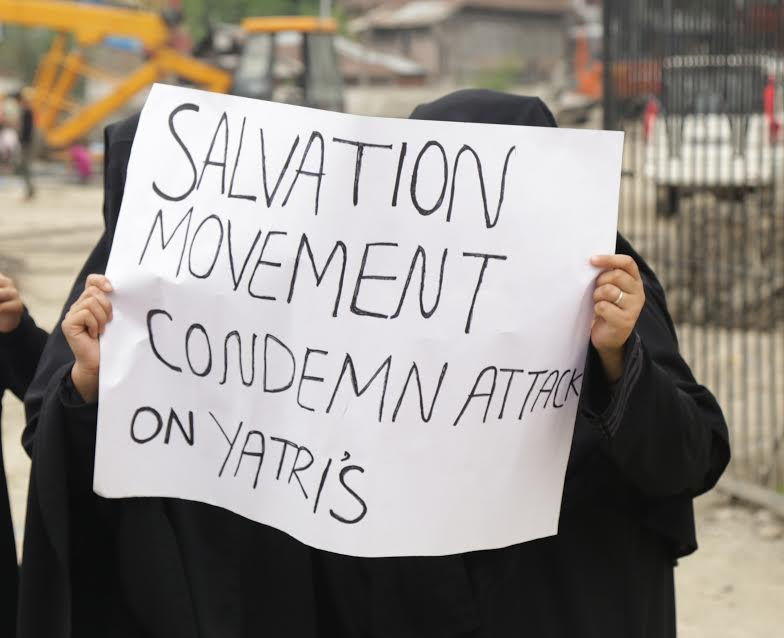 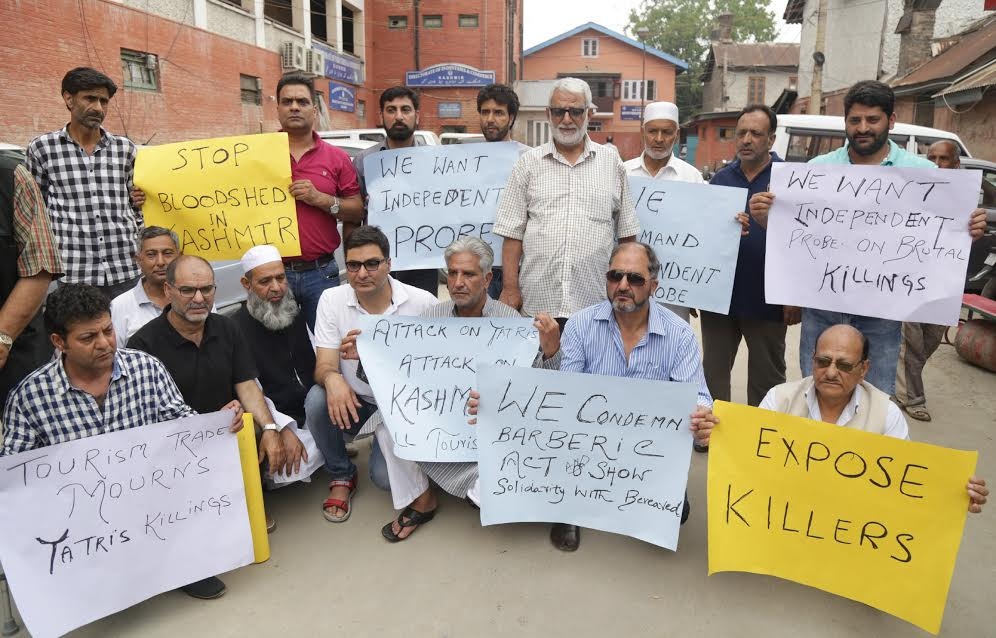