SRINAGAR: Authorities fired pellets and teargas shells to disperse residents in a South Kashmir village who were protesting against the killing of a minor girl in an accident involving an Army vehicle.

At least one person, who was referred to Srinagar for specialised treatment, suffered pellets injuries in eyes while nearly two dozen locals were injured due to firearm injuries in clashes with forces in Zainapora village of Shopian district today afternoon.

Earlier, a minor girl was run over by an Army vehicle in Aglar village of Zainapora today morning. Locals alleged that the vehicle was being driven at a high speed which resulted in the girl’s death, sparking tensions in the area which is a hot-bed of militancy. 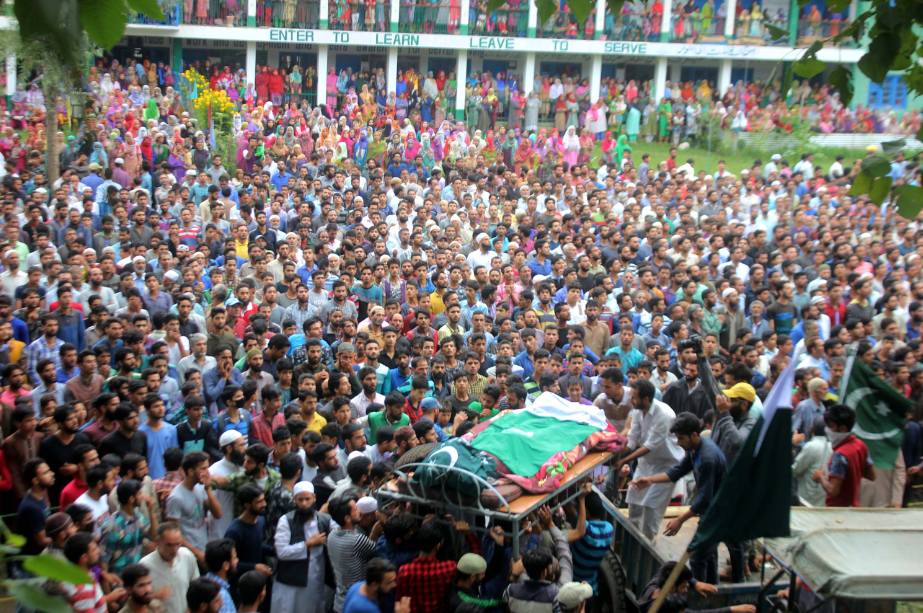 As more locals poured in at the site of the accident, protests broke out against the Army with the protesting crowd demanding that the guilty Army driver must be arrested. A joint contingent of J&K police and CRPF also arrived at the site to deal with the situation.

Reports said the protesters, seeing the additional deployment of forces, started pelting stones which sparked clashes. Amid anti-India and pro-freedom slogans, violence broke out during which forces used pellets, stun grenades and teargas shells to disperse the protesters.

Officials said nearly two dozen protesters were injured in massive clashes of whom those with minor injuries were being taken to a community health centre. “One person who had suffered pellet injuries in his eye was shifted to Srinagar for specialised treatment,” sources said.

"Two policemen were also injured in the clashes as protesters resorted to intense stone-pelting. Forces used mild force to deal with the protesters. The situation has been brought under control," a senior police officer said. 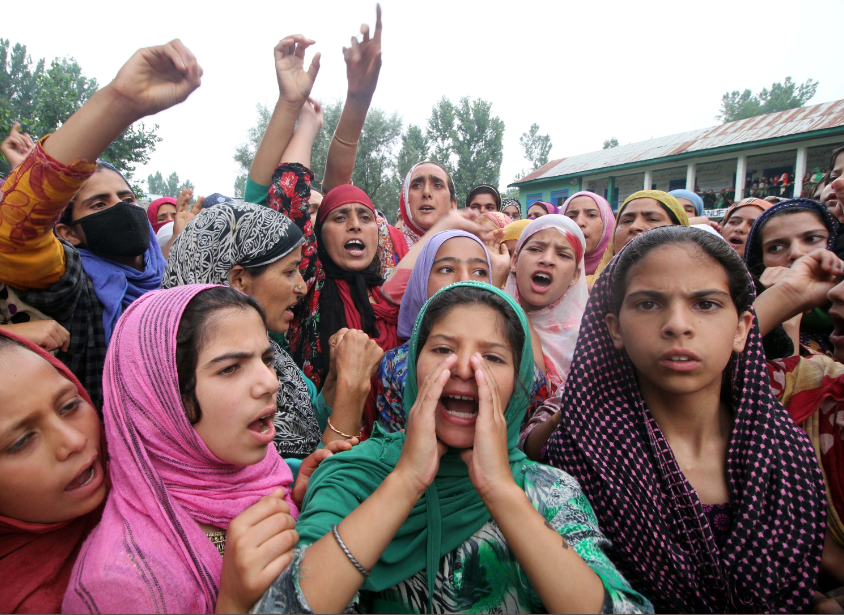 Meanwhile, six persons including three minors have been killed in the cloudburst hit Thathri town of Doda district in Chenab Valley. Officials said three bodies of minors were recovered on Thursday from the debris of their homes which were run over by flash-floods triggered by the cloudburst.

"12 persons, including women and children, were rescued from the flood hit areas along Batote-Kishtwar Highway which were inundated while nearly half dozen residential homes, shops, a school, temporary huts as well as vehicles were washed away," a senior government official said.

Chief minister Mehbooba Mufti expressed grief over the tragedy and has asked the civil administration to step-up rescue and rehabilitation efforts.

(All Photographs MUNEEB UL ISLAM: 1000s of Kashmiris from Anantnag and Kulgam at the funeral of local LeT commander Showkat Ahmad Lohar)