SRINAGAR: Authorities today shut educational institutions in north Kashmir after the killing of three Lashkar-e-Toiba militants sparked spontaneous protests in parts of the Valley during which at least three civilians were injured in Army firing.

Officials said following specific information about the presence of militants in Jamia Mohalla, Amargarh locality of Tarzoo in Sopore, a joint team of police, 52 RR and 92, 177, 179 BN CRPF cordoned off the area and launched the operation which ended with the killing of militants”.

They said two locals militants and a suspected Pakistani national affiliated with the Lashkar were killed in an encounter. They were identified as Javed Ahmad Dar of Khanpora, Baramulla and Abid Hamid Mir of Hajin Bandipora while the identity of the third suspect is being ascertained, police said. 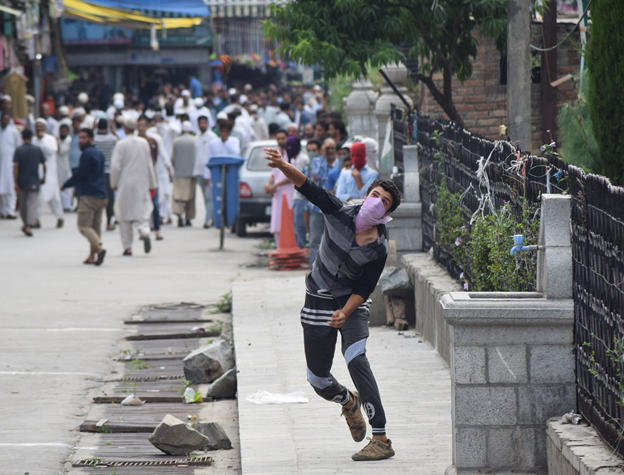 "A cache of arms and ammunition have also been recovered from the militants," a senior police officer said. The killing sparked spontaneous protests in the native villages of the slain local militants where a complete shutdown is being observed, forcing the authorities to shut down all the educational institutions in north Kashmir.

“Educational institutions have also been shut in Sopore, Hajin and Sumbal areas of north Kashmir. A police constable was injured during the encounter and he was shifted to a hospital where his condition is stable,” the officer said.

Meanwhile, at least three youth were injured after army opened fire in Saderkoot Bala area of district Bandipora today, allegedly after being attacked with stones. 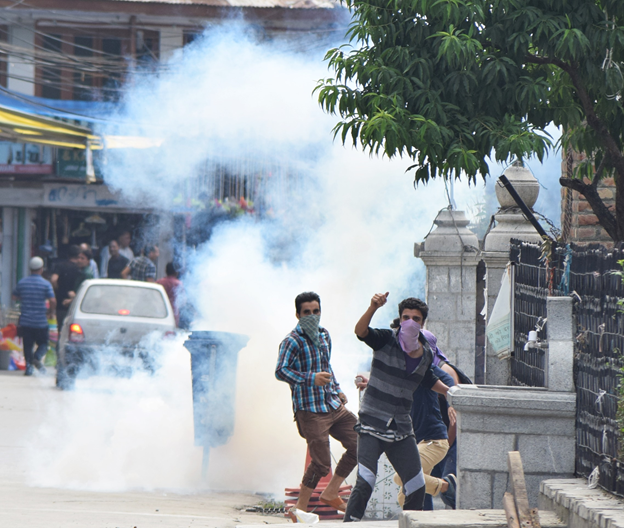 The injured have been identified as Hilal Ahmed Wani, Latief Ahmed Khan and Suhail Ahmed Bhat from Saderkoot Bala. All the injured were been shifted to hospital for treatment.

Earlier, protests broke out in the area against the killing of the militant Abid Hamid Mir in the encounter at Amargah.

Tensions are high in parts of the Valley with the authorities snapping mobile internet in north Kashmir to prevent “law and order problem”. In South Kashmir's Anantnag, an Army party was stoned on Srinagar-Jammu highway.

Witnesses said the Army party, returning from Kulgam where they were also stoned near Qaimoh Khudwani area of the district, resorted to firing warning shots in the air.

“The party from GoC Victor Forces came under attack at Wanpoh, Harnag and Khanabal in south Kashmir's Anantnag district,” an Army official said, adding that Police has registered a case and investigations are underway.

(Photographs BASIT ZARGAR: After Friday prayers in Srinagar where the Jama Masjid was opened for prayers after eight weeks)