Cops Being Targeted, Suspect Return of Jaish to Valley

SRINAGAR: In a seemingly renewed strategy, a middle-rung police officer was shot by suspected militants in the restive Shopian district yesterday, days after an assistant sub-inspector was shot dead in the adjoining Anantnag town.

The attacks come close on the heels of the campaign termed ‘Operation All-Out’ launched by security forces against militants which has yielded several key operatives from insurgent groups but have also increased risk to local police officers and their families.

The latest attack took place near Chotipora village of Shopian yesterday evening when suspected militants surrounded a volleyball court, where a game was on, and plucked the victim, Gowhar Ahmad Mallah, a sub-inspector of J&K Police posted in Srigufwara area of Anantnag district, ordering him to come along for “talk”. 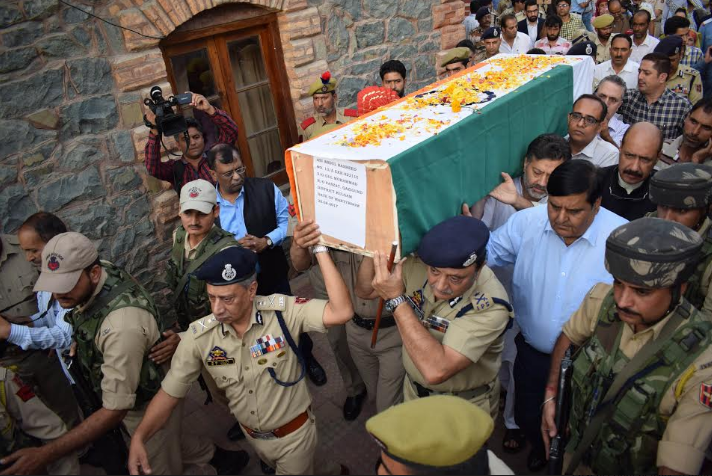 Family sources said Gowhar was on a leave to celebrate the Eid-ul-Azha, which falls on Saturday, with his family. He had come out to catch up with his friends at the volleyball court when the incident happened.

“They took him to a secluded place on the periphery of the village and shot him in the leg. Locals then rushed him to a local hospital from where he was referred to Srinagar for specialized treatment. His condition is stable now,” SP Shopian, AS Dinker said.

Earlier, an assistant sub-inspector of J&K Police, Abdur Rashid Peer, was shot by pistol-borne militants in Mehandikadal area of Anantnag on August 28. He later succumbed are the Army base hospital in Srinagar’s. He was recently awarded commendation medal for the killing of Lashkar-e-Toiba dreaded commander from Kulgam, Majid Zargar. 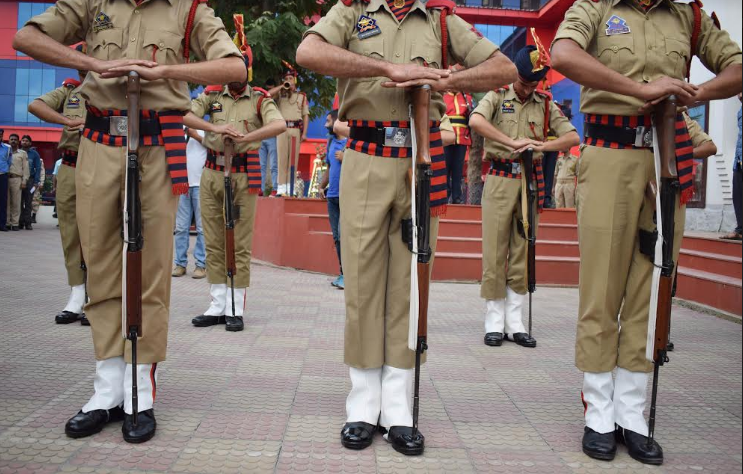 Following the killings of the top militant commanders over the last two months, including the operational chief of Hizbul Mujahideen, Yasin Itoo and Lashkar-e-Toiba Kashmir chief Abu Dujana, security forces believe the two groups have taken a backseat with Jaish-e-Mohammad staging a comeback in the region.

Jaish is known for its style of carrying out fidayeen attacks on its targets. J&K Police chief SP Vaid and chief of police in Kashmir, Munir Khan, have said in separate interviews that groups of Jaish-e-Mohammad have infiltrated into Kashmir recently. One of the groups carried out the attack in Pulwama, Khan said.

According to a senior police officer, the attack on a police facility in Pulwama, which resulted in the killing of eight security personnel and three militants of Jaish-e-Mohammad, and a new appeal for the militants to stop using social media, signals a shift in tactics.

“Local militants have taken a backseat. Many of them are off-radar. But Jaish is staging a comeback. It’s likely that the group will try to carry more Pulwama-type attacks in coming days and months. But that will not stop our operations against militants,” the officer said.