ITANAGAR: Driving up from Manipur’s capital Imphal to Ukhrul district towards the site of the Mapithel dam, a magnificent view of a reservoir with the lush green Mapithel range on the background opens up. While for visitors the view offers an opportunity to take photographs and appreciate the scenic beauty of the place, locals aren’t too excited by it.

Construction of the 7.5 megawatt dam began in 1989 and stands 66 meter high and 1034 meter long; enormous by any standards and even larger considering the considerably smaller size of the installed capacity of the dam in comparison to many of the dams planned for construction in the region. Part of what was originally called the Thoubal River Valley Multipurpose Project, the dam is built on the Thoubal river (called the Yangwui Kong by the local Tangkhul tribe), the project was undertaken by the state government’s Irrigation and Flood Control Department (IFCD) and is intended to generate electricity, provide irrigation routes and drinking water for Imphal. 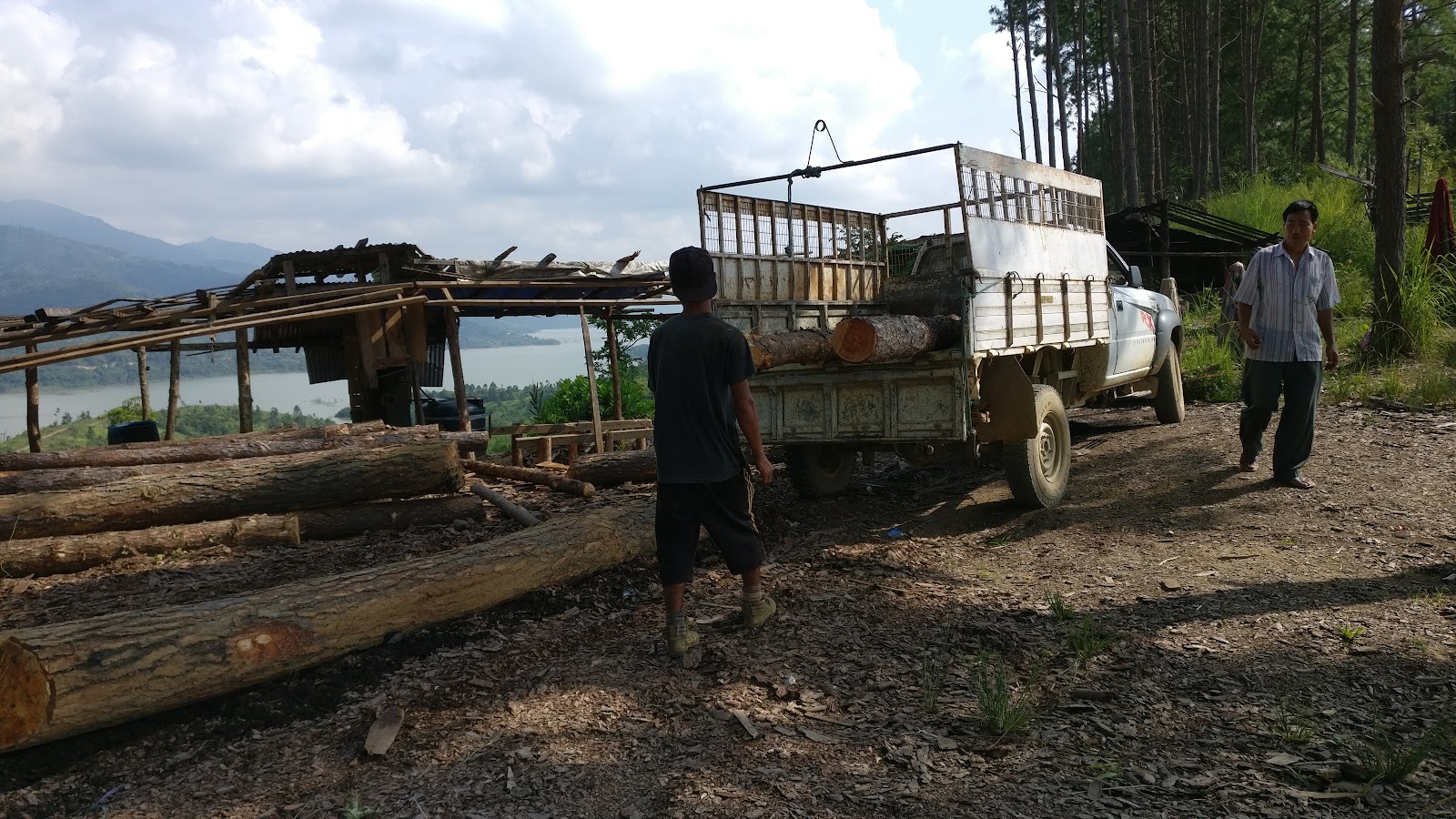 Goals that have not been achieved and what some say will not be even in the next five years.

“This was meant to be a multipurpose project but they started filling concrete even before the completion of the dam. And the power station has not been built either,” informed Jiten Yumnam, an Imphal-based rights activist who has been working with residents of the five villages that were affected by the project.

The details of the project and the struggles of the people who lost their homes have been well documented. So has the state government’s arrogance when construction began and the apathy that it has shown after villages were submerged and people displaced. 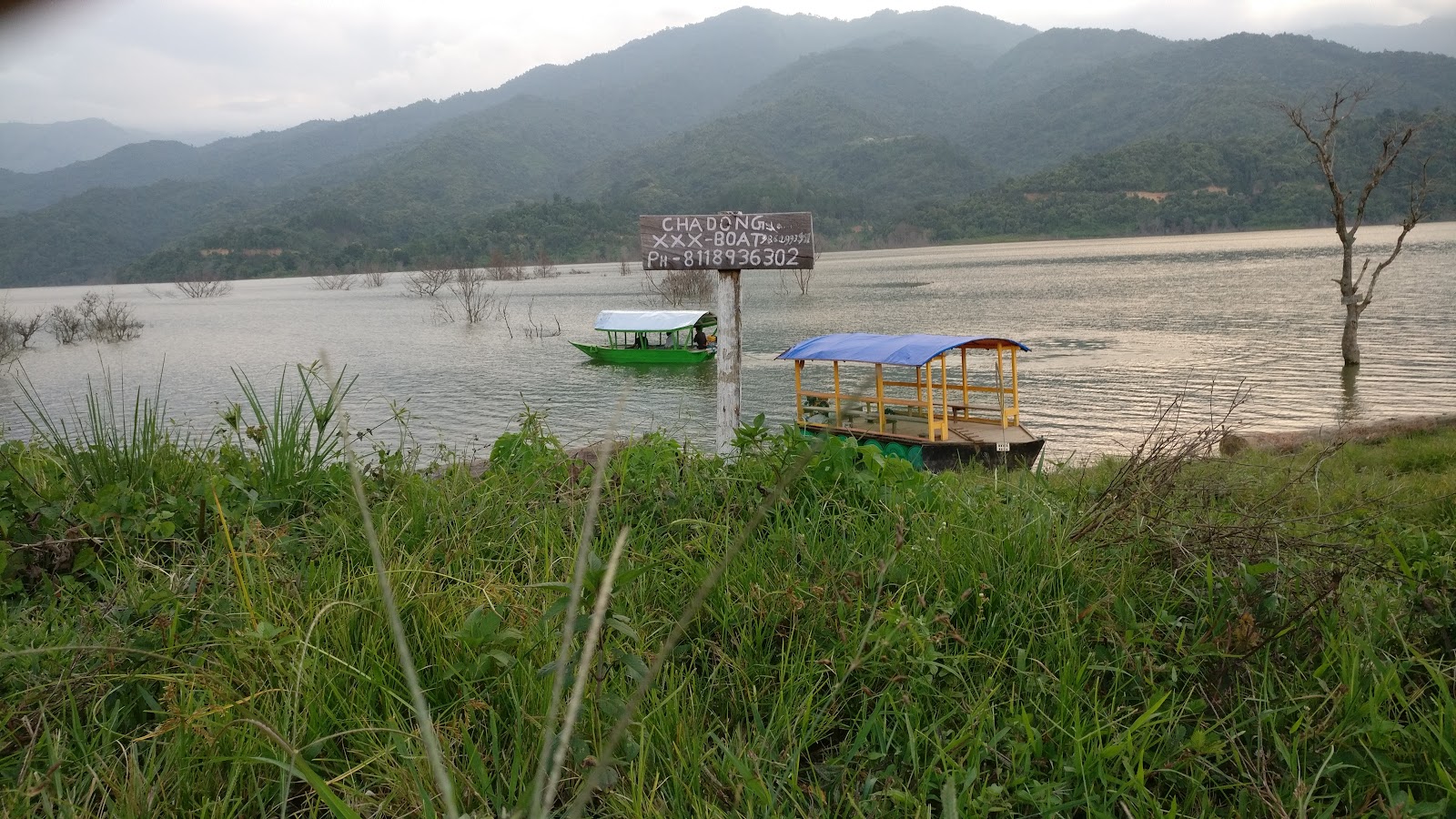 Boats that are now used for commuting across the reservoir

Dominic Kashung, chairman of the Mapithel Dam Affected Villages Organisation (MDAVO), says that the construction of the dam was done without free and prior consent and that surveys were conducted in secret.

A vibrant middle-aged bespectacled man, the anger and frustration is clear when Dominic speaks. Smacking his lips, he says that the villagers were divided by the government right from the time that construction began in 1989.

“We had protested, even burnt some of the machineries,” he says, adding that “some of the leaders were hypnotized by politicians”.

At the height of the resistance, villagers had to at times hide in the nearby jungles as security forces came cracking down on protestors, informed Dominic.

He says that visitors often speak of the scenic beauty of the place but that residents lead a difficult life. He also says that there has been pressure on the forests too. 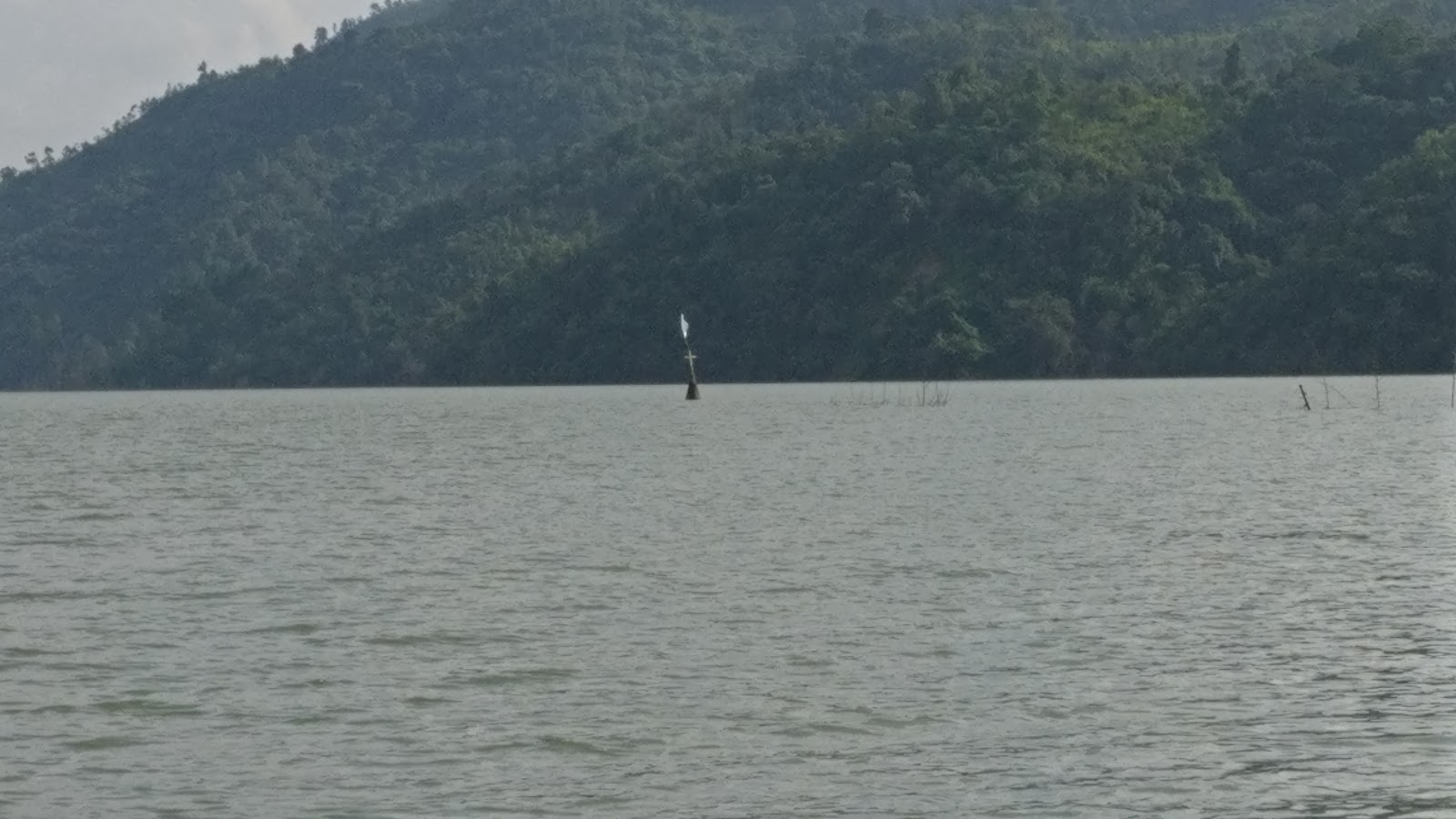 The cross that bears testimony to the sufferings of the people

Driving up to Ramrei from where people have to take rickety boats to reach Chadong, several small sawmills running along the road in the village of Riha greet commuters.

Since the flooding and submergence of their paddy fields, villagers have had to take to logging to make ends meet but that too is slowly taking a toll on the forest resources.

The protest by the villagers has sustained since the inception and the project itself is embroiled in lacunas including construction work that carried on for decades without the grant of appropriate clearances. In fact, the Union Ministry of Environment & Forest only granted environment clearance for the project in 2001. 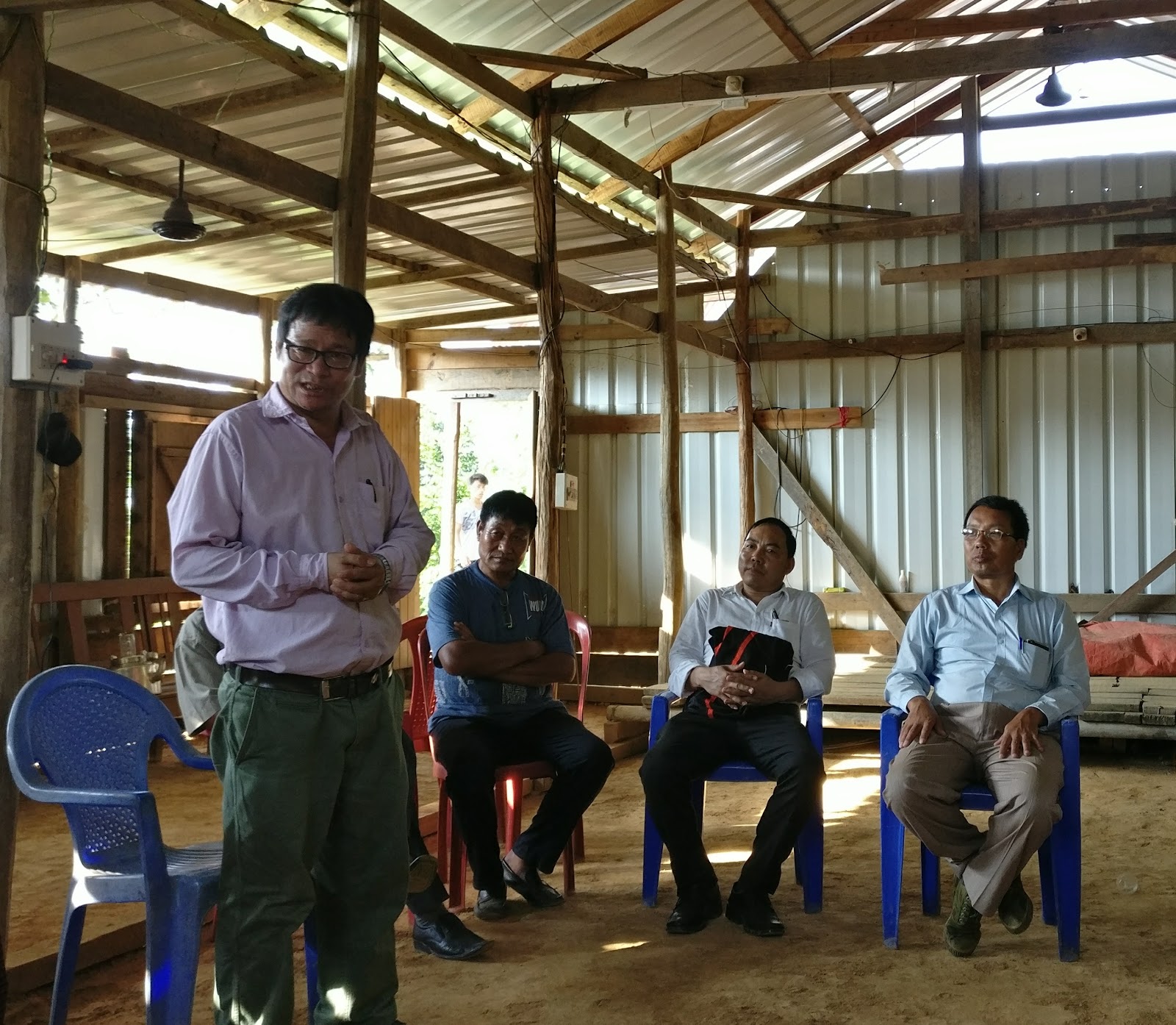 Several cases ensued in the Manipur High Court and various committees were formed, reformed and agreements signed. Currently, a case on the matter is pending before the National Green Tribunal.

Although the villagers have been fighting for their rights in the courtrooms, there appears to be little hope for fair rehabilitation.

Another prominent voice in the resistance, Honreikhui Kashung, says that in the courts everyone is a victim.

“Both sides present their arguments as the aggrieved party,” he says. 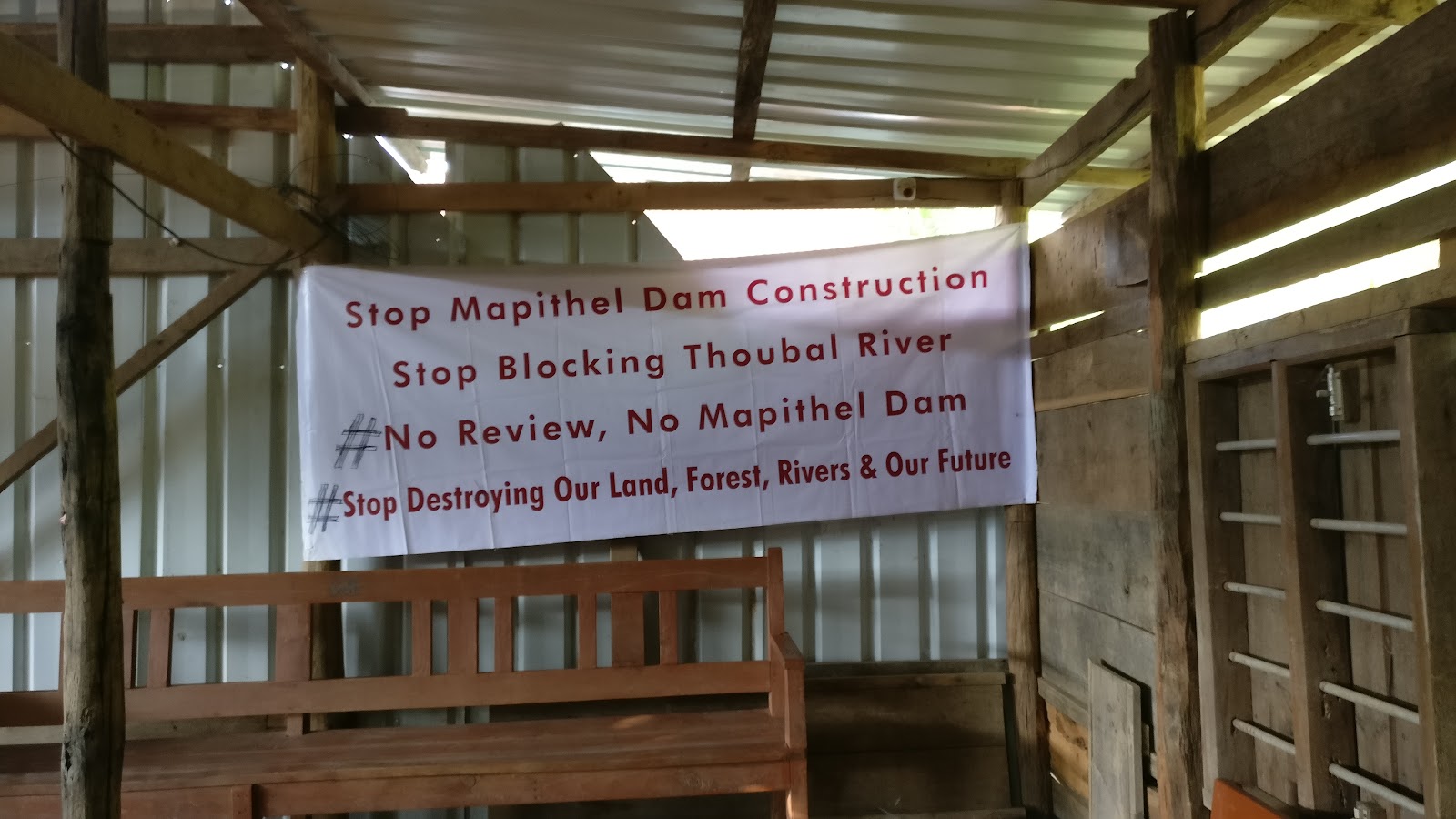 Dominic himself, a lawyer, says that his practice has suffered since the protests began. He says that they are not asking for anything outside of the Indian Constitution and simply want their basic amenities of schools and hospitals provided to them.

When flooding of the villages began in January 2015, the paddy fields began to get submerged followed by people’s homes and schools including the United Christian Academy at Riha which was started in 2003 by Honreikhui and his friends.

A haunting image that serves as a reminder of the devastation is the Cross on the spire of the church in Chadong that rises above the waters of the reservoir, standing defiantly.

Honreikhui says that these are reminders of their protests.

“The submergence of our schools and churches are a sign of our protest. We were told to take away our valuables but we refused.” 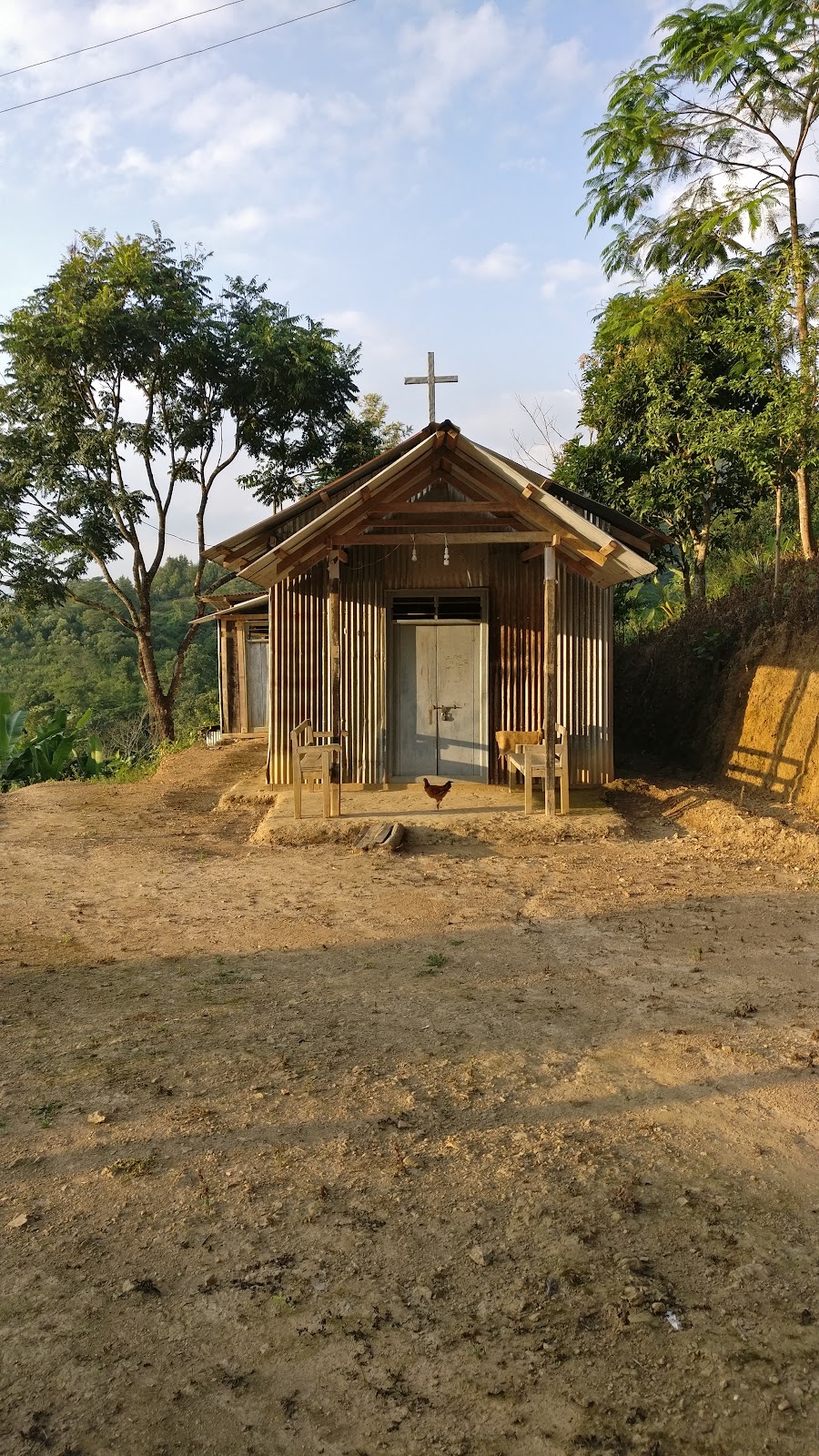 (Cover Photo: View of the reservoir)