GUWAHATI: Several award winning Turkish films will be showcased in the first ever Guwahati International Film Festival (GIFF) which is being organized by the Assam government.

The festival starts from October 28 to November 2 in two different places in Guwahati.

Prominent filmmakers from Spain, Czech Republic, Sri Lanka and other countries will attend the event which is being touted as the biggest in northeast India.

Besides, ambassadors from four countries, including Iran, Estonia, Croatia and Czech Republic have confirmed their presence in the GIFF.

Spaniard David Cánovas who is known for known for his films ‘El intruso’, ‘The Tip of the Iceberg’ and ‘Los archivos del ministerio’ among others will be one of the main attractions of the festival besides Vica Kerekes who holds the citizenship of Slovakia, the Czech Republic and Hungary. She has acted in some of the well known films including in ‘Men in Hope’ in 2011.

The festival will witness the screening of over 75 films from 35 countries including India.

Turkey will be the ‘Country Focus’ for which five critically acclaimed films from the country will be screened during the five day festival. Rauf, Dust Cloth, Cold of Kalandar, Ember and The Half have been selected for the screening.

“We have decided to keep Turkey as ‘Country Focus’ keeping in mind the kind of films the country is producing. So, we wanted to have these films in our festival as well and we are glad to have got these beautiful films. These films have been screened in several places across the globe now it’s our turn to watch these world class films,” festival director Monita Borgohain told The Citizen.

Rauf directed by Barış Kaya and Soner Caner narrates the story of .nine-year-old Rauf, living in a rural village under the shadow of an invisible endless war. He embarks on a journey to find the colour pink for the girl he loves - who happens to be the 20-year-old daughter of the carpenter to whom he is an apprentice. 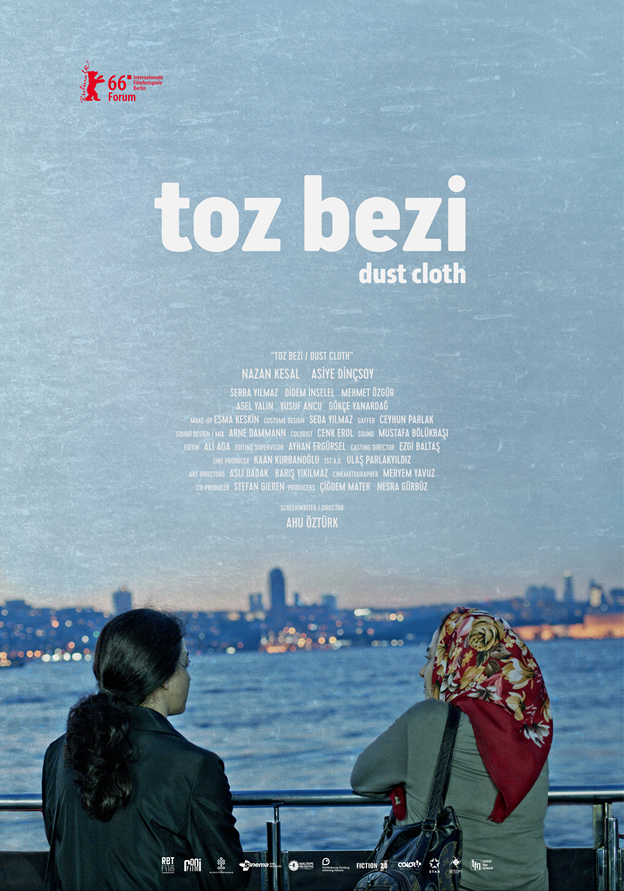 Ahu Öztürk directed ‘Dust Cloth’ portrays Nesrin and Hatun, the two Kurdish cleaning women living in Istanbul. While Nesrin tries to survive with her little daughter, trying to understand why her husband left her, Hatun dreams of buying a house in the district where they clean.

‘Cold of Kalandar’ by Mustafa Kara is a delicate depiction of struggle, and the relationship between nature, animal and human.

Zeki Demirkubuz directed ‘Ember’ focuses on the oppressive bonds between three people in today’s Istanbul -- a thoughtful mother with secrets, her husband and his boss.

And Cagil Nurhak Aydogdu’s ‘The Half’is the story of two halves setting out to become a whole of the efforts made by two children to play the male-female roles that their families have, with the best intentions, cast them in.

Monita Borgohain said that all these film have been screened in several prestigious film festivals and have won laurels including Academy awards.

The festival will have various sections like Indian Panorama, World Cinema, Retrospective, Cinema of northeast, Tribute and a section on films from Assam.

“There will also be a competition section among films from Assam to be judged by an eminent jury,” said Pabitra Margherita, chairman of Jyoti Chitraban (Film Studio) Society of the state government.

Films of Assam which have been certified by the Censor Board between September 1 of 2016 to August 31, 2017 will qualify for the competition section.

In the competition section there will be cash awards for best Assamese Film. Total prize money of Rs 2 lakh will be shared between the producer and the director equally besides, a trophy and a certificate each to the director and producer. The second Best Assamese Film will be given Rs 1.50 lakh.

There will also be a special jury award in which Rs 1 lakh to be given to an individual -- director or producer or actor or technician -- for artistic contribution along with a trophy and a certificate.