SRINAGAR: A mother’s impassioned plea seemingly prevailed on her only son, who had picked up arms and joined militant outfit Lashkar-e-Toiba in Kashmir last week. The youth reportedly gave himself up before the army last night.

Twenty year old Majid Khan, an ace footballer, who had joined Lashkar last week, surrendered before Rashtriya Rifles of Indian army last night around 10:30 pm, sources said, adding that he was later handed over to Victor Force, based in south Kashmir’s Awantipora.

Sources said the surrender will be formalised after he his handed over to the police, "So far, he has neither been arrested nor has he surrendered," IGP Kashmir, Munir Khan, told a local newspaper. Police sources said no criminal case has been made against him.

Chief minister Mehbooba Mufti, who has been advocating for proper rehabilitation of surrendered militants, tweeted, "A mothers love prevailed. Her impassioned appeal helped in getting Majid, an aspiring footballer back home. Every time a youngster resorts to violence, it is his family which suffers the most".

Majid, who contacted his family over phone today, was reportedly upset after one of his friend, Yawar Nisar, a resident of Anantnag joined militancy last month but was killed within days. A photo of Majid breaking down during Yawar's funeral had gone viral after the former joined Lashkar.

Yawar was the first militant from Anantnag to join militancy in years. The news of Majid joining militants broke after a photo of his in a football stadium in flaunting an automatic rifle went viral on social media last week, traumatising his parents who were looking for him since. 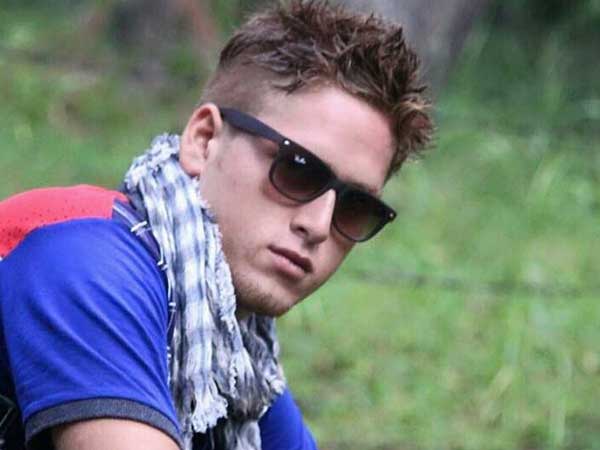 Family sources said his mother, 50 year-old Ashiya Begum, had not eaten since last Thursday when his son disappeared and when his photo appeared on social media, “She had turned mad. She was making fervent appeals to her son to return through every media person who covered the story,” a family member said.

According to reports, his father, Irshad Ahmad Khan, suffered a mild cardiac arrest after coming to know that his son had been trapped in a gunfight in Kulgam. Two militants were arrested from the encounter site by police while another was killed. A soldier had also died in the initial exchange of gunfire on Tuesday.

Kashmir has seen an unprecedented spurt in local youth joining militant groups operating in the region with 168 militants gunned down in encounters with government forces till October end, the highest in last seven years.

While the state government and police officials have described the new trend as a “big challenge” for counterinsurgency grid, the army has walked an extra mile by advocating talks with various stakeholders for a political settlement of Kashmir issue.

According to official data, over 80 local youth have joined different militant groups in Kashmir this year, while the presence of foreign militants is also at highest since last seven years with Jaish-e-Mohammad making a dangerous comeback to the region.

Government forces have also suffered severe losses this year during counterinsurgency operations with Jaish launching a series of suicide attacks on security installations in Kashmir. More than 60 security personnel were killed in the first ten months of this year, according to official data.