SRINAGAR: Authorities today jailed the JKLF chief Yasin Malik while other top separatist leaders were house-arrested to foil protests planned by the Hurriyat Conference against the alleged mistreatment of Kashmiri “political prisoners” in jails across the country.

Curfew has been imposed in parts of the downtown Srinagar while as security has been stepped up across the Valley to foil the Hurriyat-sponsored protests, even as a moderate to complete shutdown is being observed in parts of Kashmir, officials said.

“Restrictions under Section 144 have been imposed in Nowhatta, Khanyar, Rainawari, M.R.Gunj and Safa Kadal areas of downtown Srinagar. Partial restrictions have also been imposed in Maisuma, Kralkhud and other uptown areas,” a senior police officer said. 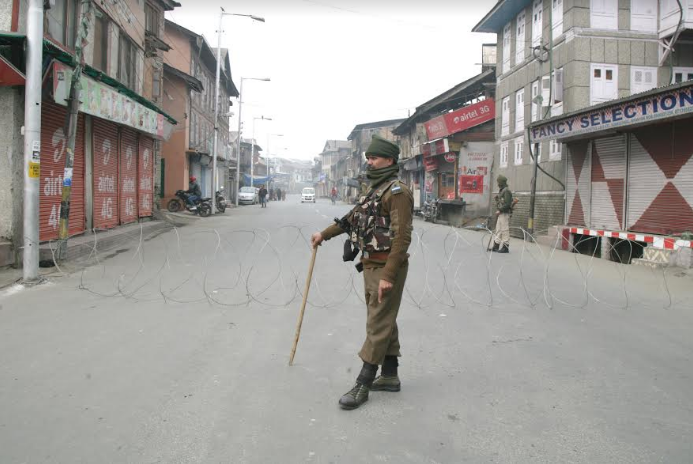 In the city-centre Lal Chowk of the capital, witnesses said all the shops, educational institutions and other trade centres remain closed. However, private vehicles were plying normally. There are reports of shutdown from other areas of the Valley in response to the Hurriyat’s call.

To prevent any untoward incident, the University of Kashmir has postponed all the examinations scheduled today while some of the educational institutions in the Valley, especially in the restive south Kashmir as well as some prominent schools in Srinagar, also remain closed.

The Hurriyat sources said the veteran leader Syed Ali Geelani is confined to his Hyderpora residence “for many years” as a large contingent of police and paramilitary remains deployed in the area “to prevent the ailing leader from coming out and meeting his supporters”. 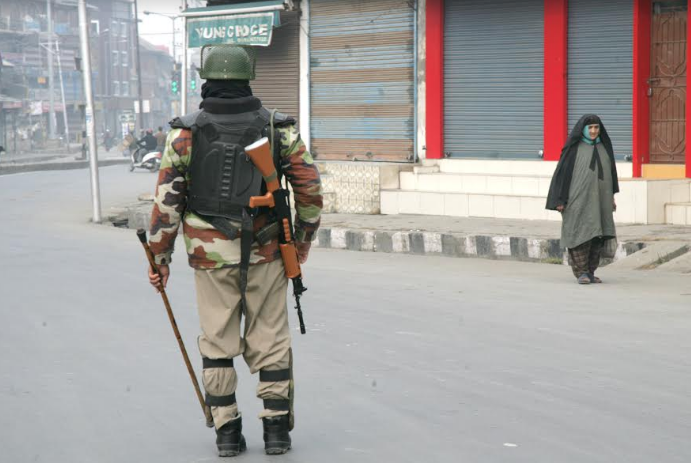 Moderate Hurriyat chairman Mirwaiz Umar Farooq, who had called for the release of political prisoners as a confidence-building measure, ahead of the Centre’s point-man Dineshwar Sharma’s second visit to the Valley, was also placed under house-arrest yesterday.

The Hurriyat had yesterday asked the people to observe a complete shutdown against the “worsening condition of thousands of innocents languishing in jails and police stations” across the country.

“Kashmiris are always protesting against these human rights violations and strike call for Monday (27 November 2017) is also intended to highlight these oppressive measures,” a statement by the top three separatist leaders said.

The strike comes amid reports about the deteriorating condition of the middle-rung separatists, including Nayeem Khan and Shabir Shah who were arrested by the National Investigation Agency in a sweeping crackdown on the Hurriyat, and have been lodged at New Delhi’s Tihar jail.

Highlighting the plight of protesters in custody of the authorities, a report today in Greater Kashmir revealed that a 26-year-old youth was detained by police on charges of stone pelting while he was still recovering from a renal surgery with the sutures still unremoved.

Following the investigation by the daily, Khurshid Ahmad, a resident of Halan village in south Kashmir, who was allegedly illegally held by the police despite the home department quashing the Public Safety Act against him, was released yesterday.