Crime Branch Probe As Kathua Simmers with Anger, And Fear, After Brutal Murder of Minor Girl

Crime Branch Probe As Kathua Simmers with Anger, And Fear, After Brutal Murder of Minor Girl

RASANA(KATHUA): The Jammu and Kashmir government reeling under the massive outrage and protests in parts of the state over the brutal murder of a minor girl in Kathua, has handed over the probe to the Crime Branch.

This was announced by Minister of Parliamentary affairs Abdul Rehman Veeri today in the J&K Assembly. The state government has further directed the Crime Branch of the Police to investigate the alleged rape and murder of Asifa Bano by the son of a suspected right wing activist.

The young girl belonging to a poor family of Bakkerwal was abducted, allegedly raped and tortured to death in a brutal manner before her body was dumped in the forest of Kathua district. This triggered widespread protests by nomads as well as scholars and students of Jammu University and nomads.

Immediately after the body was recovered nomads blocked the Jammu-Pathankot national highway for nearly four hours following which police resorted to a baton charge leaving over two dozen protesters injured.

The nomads leader Choudhary Talib Hussain was detained under preventive custody. Similarly, Jammu University students also organized massive protest demonstrations in and outside the campus seeking release of student leaders from police custody and a judicial probe into the brutal killing of Asifa.

Legislators also cornered the Jammu and Kashmir Government in the Assembly over the brutal murder of Asifa Bano highlighting failure of the police to arrest her killers. 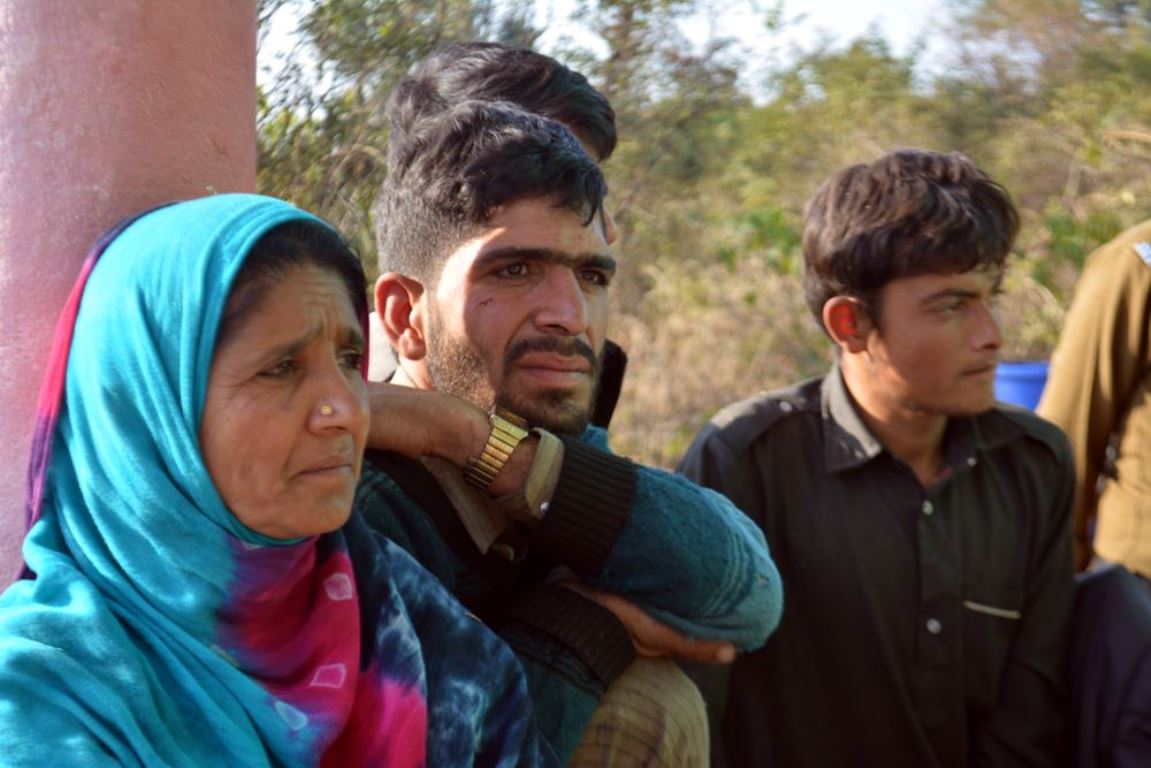 The horrifying murder after alleged “rape” of the minor girl has created deep fear among the nomads in Rasana village and its adjoining areas of Kathua district. Many nomads have decided not to send their kids with the cattle as they were doing in the past after the heinous incident.

Kathua district is the entrance point to Jammu and Kashmir which connects the State with rest of the country via Punjab and it also has a border with Pakistan.

Lesser known Rasana village came to limelight for wrong reasons when some locals spotted the body of Asifa Bano, daughter of Mohammed Yousaf. The body reportedly had torture marks.

The girl went missing from January 10 when she left her residence with their horses. Her body was found in the forests on January 17 by the locals and they called in the police. Earlier, police had registered a case on January 12 on the complaint of the victim girl’s father but they failed to trace her for a week. 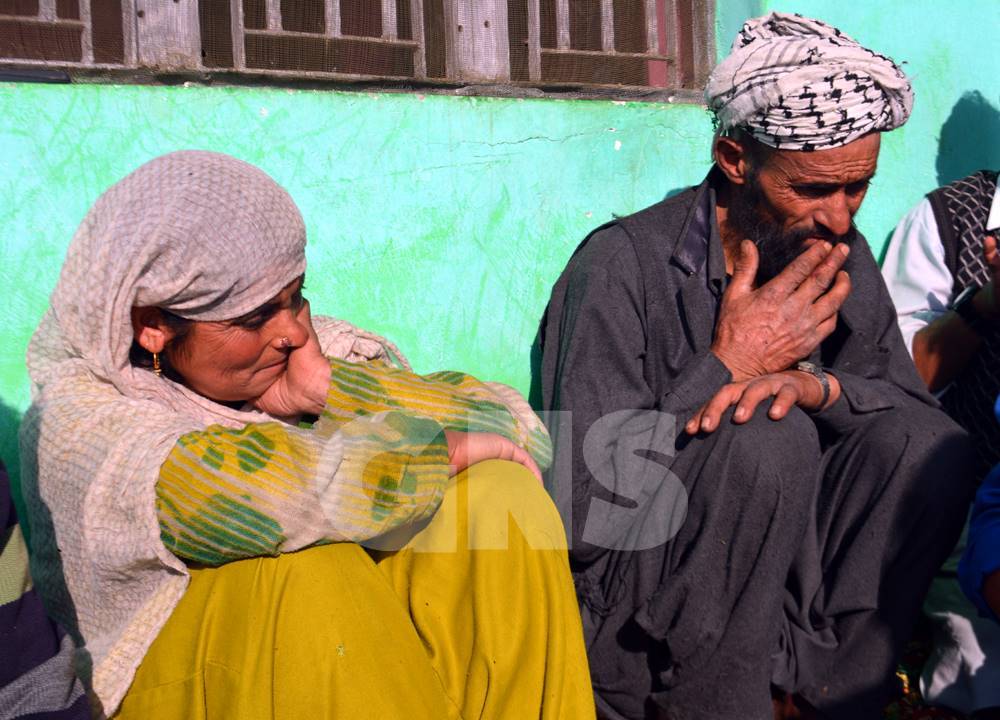 Accusing the police department of adopting a “biased and indifferent” attitude in dealing with the case, the victim’s family has accused the administration and police of helping the killers who they claim are influential having political links.

“There is a threat if any one of the accused is arrested, the situation can take an ugly turn. Police is allegedly working on the directions of some influential persons to save the accused persons,” claim the nomads who had assembled at the residence of Mohammed Yousaf – father of the victim girl.

When the issue was raised in the ongoing budget session of the Legislative Assembly in Jammu by opposition legislators like GM Saroori from Inderwal Assembly Constituency and others, the police suddenly issued a press statement claiming to have cracked the case.

The police claimed they arrested murder accused of the minor girl. The accused, according to the police, is a juvenile – a 15 year old boy – who allegedly kidnapped her and then murdered her. However, his name was not disclosed because he too is said to be a minor.

But the claim of the police was contested by the nomads and student groups who protested against the police department, alleging that they have made this boy a scapegoat to shield the actual persons involved in the heinous crime.

“We have no trust in the police department even if the Director General of Police (DGP) himself conducts the investigation. There is only one way to conduct a fair and transparent investigation that is to hand over probe to a sitting judge i.e. judicial probe. We have lost faith in police investigations,” said Choudhary Talib Hussain, a student leader and an Advocate.

Hussain was speaking at the fourth day after-death ceremony for Asifa Bano at her village Rasana (Kathua) . Not convinced with the police probe, the nomads alleged that one Special Police Officer (SPO) who is also a resident of Rasana village came to their village with a police team following the registration of case and allegedly “threatened the victim family members.”

“This is the work of your people,” a nomad quoted the SPO as saying. The police was looking for the girl in the forest and they did not go to the village where the family members allegedly had apprehensions about presence of their daughter.

Relatives of Asifa told The Citizen that they had gone to a local officials residence in Rasana village and his relative’s house when they “ were looking for Asifa. Our hearts did not agree when the women from their house told us that they have not seen Asifa. We were sure the girl was there. They had allegedly hid her in the cattle shed. The girl was kept in the village. We are poor people and police is not arresting the actual culprits. Instead, they have arrested a 15-year-old boy holding him responsible of murder and kidnapping. And police allegedly don’t acknowledge the girl was raped. And police claims the boy who is in police custody attempted to rape her.”

According to police, it was an attempt to rape the victim but she was not raped as claimed by relatives and other nomads.

The family, however, alleged that their daughter was also allegedly raped by the accused persons with bite marks all over her body. Her leg was broken, her arm twisted. She was, they claimed, hit on the face with stones. None of this has been verified by the police investigation so far.

Nomads in Rasana claim they are boycotted by the villagers because they are not allowed to buy land or settle in the village. Mohammed Yousaf who is the father of the deceased girl Asifa told The Citizen they are living in the village’s isolated place from last 40 or 50 years. His father was living prior to him. They used to migrate to Kashmir valley during peak of summer but their houses remained safe. And no untoward incident ever took place.

“This incident has changed my life. We are in shock. We were victimized by our own people (villagers). They even did not come to our house for condolence. The people from other villages came in large numbers but not from Rasana where we live from four or five decades,” the young girl’s mother, Naseema said in tears.

She said, “Asifa was a noble soul. She would help me in the kitchen and other household works. She was a responsible girl. She would love to play with her two brothers and horses. On January 10, Asifa left home around 1 PM to take the horses to the ditch. But she did not return.”

“We waited for her till 5 PM. Later, we became suspicious and searched for her. But she was nowhere, not in the forests or in the village. We have no words to express the sadness and sorrow we are passing through,” Naseema recalled. tears rolling down her cheeks. She prayed for the arrest of the killers.

Standing beside her, Mohammed Yousaf was unable to speak. He just kept looking at his sobbing wife silently.

SSP Kathua Choudhary Suleman assured the nomads in Rasana assured them that the Special Investigation Team is investigating the incident in a transparent manner and if anyone is found involved in the murder case, he will have to face the law of the land.

On January 19 the Kathua police claimed to have nabbed the culprit. And issued the following statement:

On 12.01.2018, the complainant Mohd. Yousaf S/O Shab Din R/O Rassana Mohara, Tehsil Hiranagar produced a written application stating therein that his minor daughter had gone for grazing horses in the nearby forest area. At about 1600 hours, the horses returned to the Dhera but she did not return. Consequently, the complainant along with others started search in the forest and on the next day they again searched the forest areas but she could not be traced. The complainant further stated that he suspects that his daughter may have been kidnapped by someone. As per the content of the application, case FIR No. 10/2018 U/S 363 RPC was registered and the investigation of the case started.

During the course of investigation, Police party of P/S Hiranagar and VDC Badoli visited the spot, search of forest Rassana was got conducted along with civilians and Bakarwals residing in the area. The search of missing/Kidnapped girl in the forest continued every day. Look out notice was also issued. On 17.01.2018, at about 1030 hrs dead body of missing girl was recovered from the Rassana forest area. Thereafter the Police team along with SDPO and SHO Hirangar visited the spot and photography of dead body was conducted through crime photographer, service of FSL team was also utilized. The dead body of deceased was taken into police custody for post mortem. Legal heirs of deceased were also present on the spot. Later on, the dead body was shifted to DH Kathua for conducting the post mortem through board of Doctors. After the postmortem, the dead body was handed over to its legal heirs for last rites.

Keeping in view the sensitivity of the matter a special investigation team headed by SDPO Border Chadwal was constituted and during the course of investigation SIT interrogated a no of suspects. Accordingly the case was worked out and one suspect who is a minor (15 years old) confessed to the crime. The investigation conducted as on date reveals that the accused kidnapped the minor girl and put her in nearby Cow shed at Village Rasana, where he attempted to rape her and when she resisted, he killed her by way of strangulation and then threw stones upon face/head of the victim for defacement. The said accused has been arrested and further questioning is going on.

Investigation of case is in progress to collect more evidence about the commission of offence.

Note : Since the accused is a juvenile and as per Jammu and Kashmir Juvenile Justice (Care & Protection) Act, 2013 (Section 22) disclosing name and particulars of a juvenile is prohibited.