Nagaland Polls: Move to Boycott Fizzles Out, 227 Candidates In the Fray

DIMAPUR: The January 29 emotive declaration by political parties in Nagaland to not contest the upcoming state elections on February 27 appears to have been for naught, as a total of 227 candidates from regional and national parties received clearance for their nominations to contest across the 60 legislative assembly seats yesterday.

In the months leading up to the final date for filing nominations, calls for boycotting the elections had gathered momentum with the National Socialist Council of Nagaland Isak-Muivah (NSCN-IM) leading the movement under the slogan of ‘Solution before Election’.

On January 29, political parties, both mainstream and the Naga National Political Groups (NNPGs), along with civil society organisations had issued a signed declaration to boycott the polls before the Framework Agreement that was signed between the Government of India and the NSCN-IM in August 2015 was implemented. 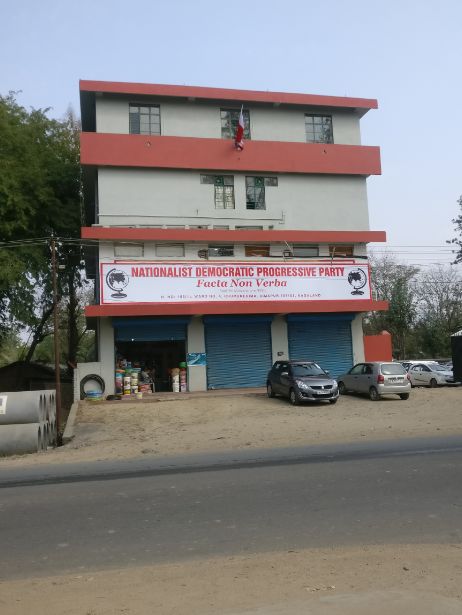 A state-wide bandh to protest the elections was also called for February 1 but did little to impact normal life as several civil society organisations refused to abide by the diktat. The bandh was ‘officially’ imposed in only four districts of the state.

Immediately following the January 29 declaration, the BJP suspended its party member who had signed the declaration, stating that it was done so without consent from and consultation with the party’s central leadership.

The other political parties played a waiting game until the BJP filed the nominations of its candidates and a mad rush followed by February 7, the final day for filing nominations, as 257 candidates from across party lines threw their names in the hat.

Initially, the NSCN-IM had voiced its opposition to parties willing to contest the polls but later changed its stance. The Core Committee of Nagaland Tribal Hohos and Civil Organisations (CCNTHCO) that had issued the January 29 declaration was also later dissolved.

Nagaland has been gripped with a tumultuous political power play for over a year now and just days before nominations were filed, several MLAs (including those from the ruling-Naga People’s Front and Independents) had resigned from the state assembly, hoping to contest the elections from other party tickets.

Having led a faction of the NPF till December, he joined the Nationalist Democratic Progressive Party (NDPP), a party that is widely believed to have been formed earlier with Rio’s backing, and will contest the elections on its plank. Rio’s political acumen is such that he has managed to convince at least ten sitting MLAs of the NPF to resign and join his party. In fact, the NDPP also managed to snare a pre-poll alliance with the BJP which was working in coalition with the NPF in Nagaland.

Apart from the repackaging of the veteran Rio with new branding, there are several debutants who will be jumping into electoral politics in Nagaland this year. Among these include the National People’s Party, a regional player with roots in Meghalaya that made its entry into Nagaland only this past December.

Then, there are also former members of the Nagaland-based Against Corruption and Unabated Taxation (ACAUT) who resigned from the organisation that was formed a few years back with an aim to reform the social and political scenario in the state.

For the Congress party, which last formed the government after a similar call for boycott of the 1998 elections led to its candidates winning most seats uncontested, its chances look slim in the absence of a single strong leader. During a recent press conference at Dimapur, party observers said that it was being “compelled and forced to contest the elections”, blaming the BJP for betraying calls for a ‘Solution before Election’ since it was the first to field its candidates.