SRINAGAR: A paramilitary trooper injured in a firefight in the summer capital Srinagar today succumbed as security forces foiled a suicide attack on another security installation in the state in less than 48 hours.

In a statement to a local news agency, Lashkar chief Mehmood Shah said LeT cadres have seized control of “forces’ stronghold' in Karan Nagar. “The freedom fighters of Lashkar-e-Taiba continue to seize control of the stronghold in Karan Nagar (Srinagar),” he was quoted in the statement.

A constable grade officer with 49 battalion identified as Mujahid Khan, who was injured during the exchange of gunfire with terrorists, has succumbed, CRPF’s Srinagar based public relations officer said.

The firefight broke out in wee hours today when a vigilant CRPF sentry of 23 battalion noticed suspicious movement near his camp and fired few shots in air, which alerted others.

“A group of two to three heavily armed terrorists retaliated the fire, but due to the timely action by the sentry, they could not enter into the camp,” a senior JK police officer said.

The camp is located across the road from Government Medical College in Karan Nagar locality of the city. The office of Director General of CRPF is in the same locality with the Srinagar district police lines also falling in the vicinity.

“The gunmen have taken refuge in a building adjacent to the camp from where they are firing at the forces. It is a large building sandwiched in a congested place. We want to avoid damage to public property,” a senior police officer said.

Yadav said the area is being evacuated with the help of the army and special operations group of JK police who are leading the operation against the suspected militants. “The area has been sealed but the operation will take some time,” he said.

To prevent protests around the encounter site by locals, security forces have closed two major roads around the building and a heavy cover of police and paramilitary forces have been deployed.

The attack comes even as the security forces are still carrying out a combing operation at the Sunjuwan military station, housing 35 brigade of the army, in Jammu region where five soldiers and a civilian were killed in a suspected Jaish-e-Mohammad attack.

“Two JCOs, three soldiers and a civilian who was father of a soldier, lost their lives. All the slain five soldiers belonged to Jammu and Kashmir,” Anand said yesterday, revising the earlier figures which claimed the killing of four militants.

Three militants, believed to be members of Afzal Guru squad of Jaish-e-Mohammad, were gunned down in the fierce exchange of gunfire which has been going on for more than 48 hours now. 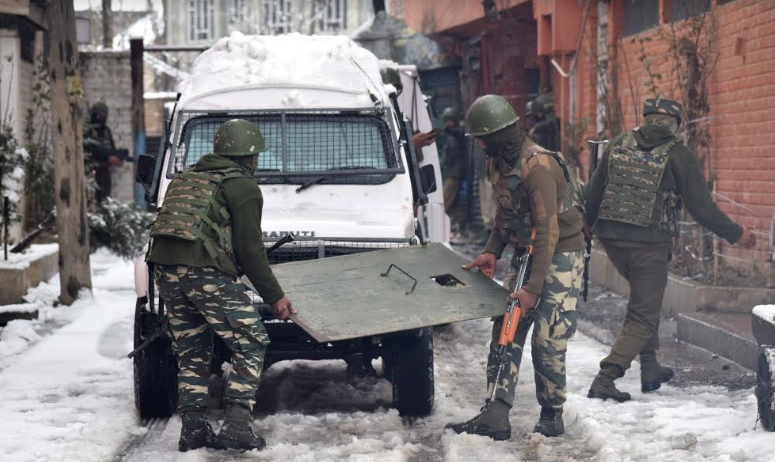 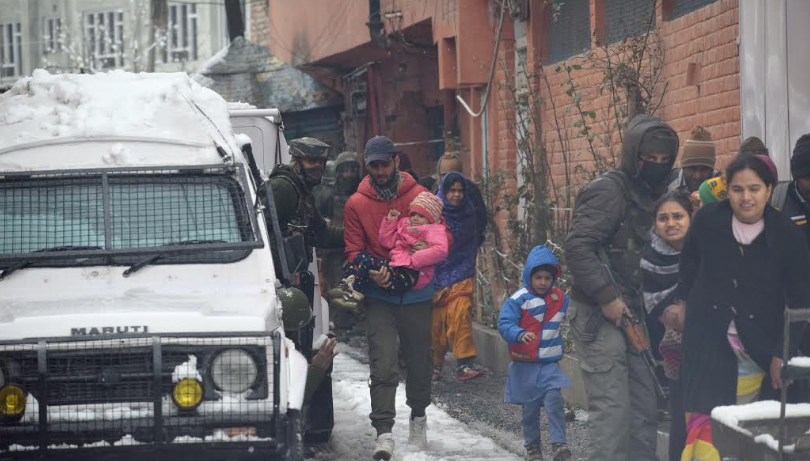 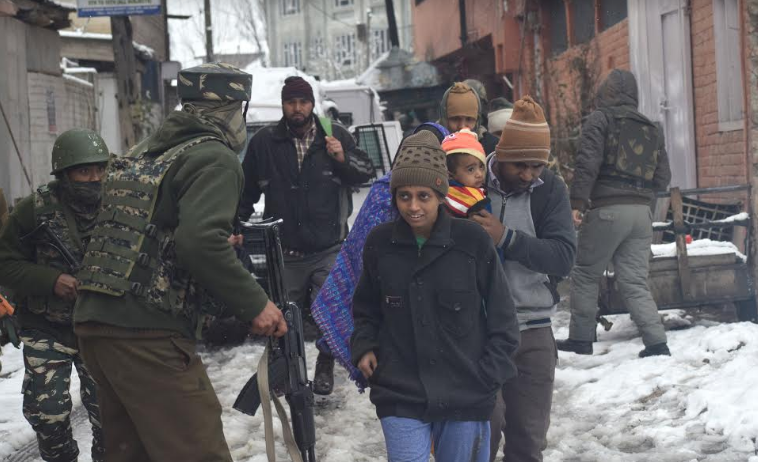 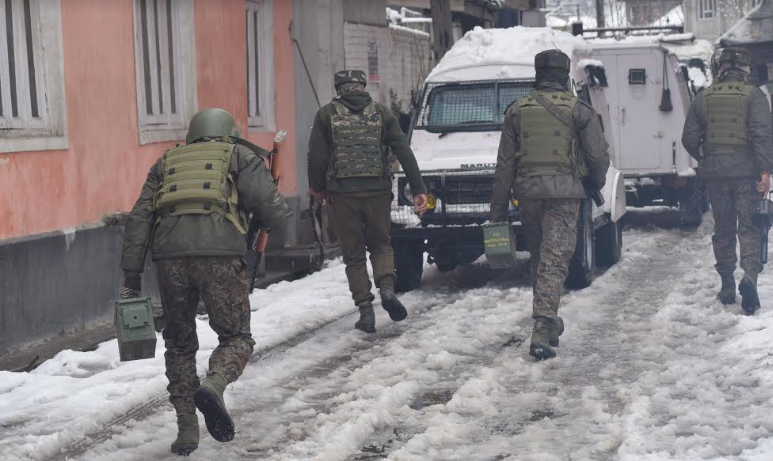 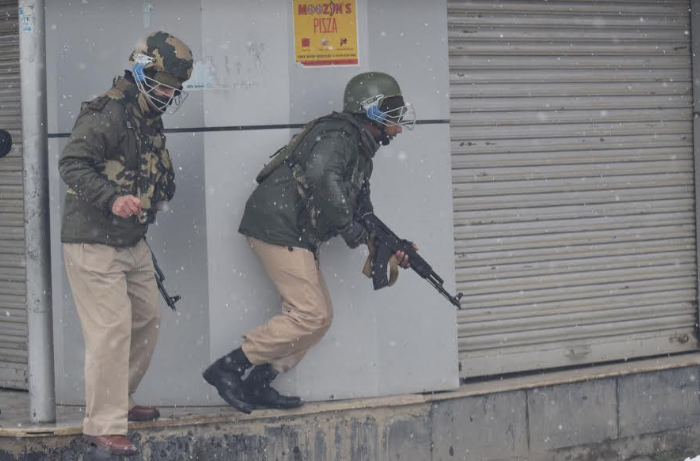 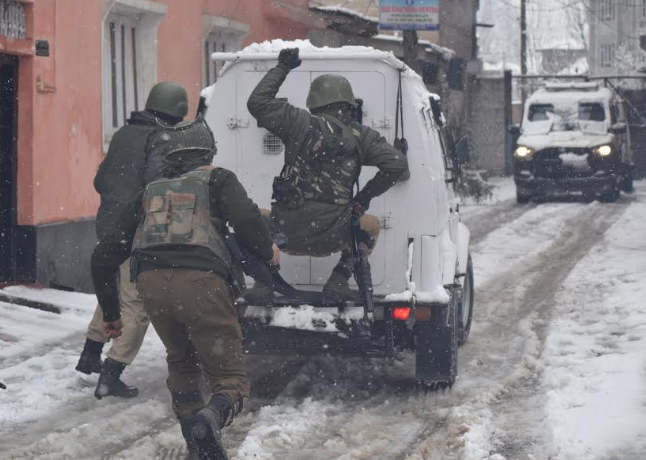 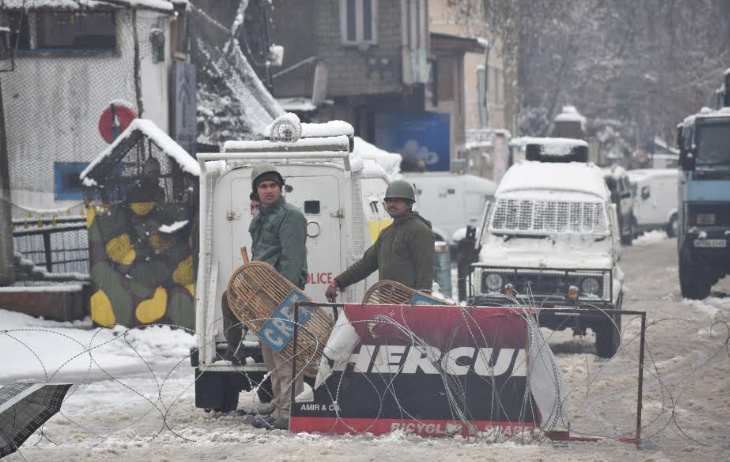