3 civilians and a militant killed

SRINAGAR: A wave of anti-India and pro-freedom protests, and clashes between government forces and locals have erupted in parts of south Kashmir following the killing of three civilians and a militant in a shoot-out in Shopian district last night.

Witnesses said the situation has got exacerbated with the discovery of the body of second militant and another civilian, allegedly shot dead in his car barely 200 metres from the scene of shooting in Shopian district.

“Three more civilians from Shopian are missing since yesterday night. Their disappearance has added fuel to the fire sparked by the civilian killings. People are on the roads demanding their whereabouts,” local sources in Shopian told The Citizen.

Officials and reports said protests and clashes have broken out in Shopian, Tral, Awantipora, Bijbehara, Anantnag, Pulwama, Kulgam and other towns and villages of south Kashmir against the ‘cold-blooded murder’ of four civilians.

Authorities have throttled the high-speed mobile internet in Kashmir Valley while restrictions have been imposed, including in summer capital Srinagar, to prevent any ‘law and order’ problems.

Educational institutions, which were scheduled to open today after winter vacations, have been ordered shut while police in Anantnag has detained nearly dozen students for staging protests against the killings.

After a tense night, today morning, locals in Shopian woke up to hear the news of the discovery of the bullet-riddled body of Gowhar Lone, 24, a resident of Trenz, lying in a pool of blood in his Wagon-R car some 200 metres away from yesterday’s site of shooting, sparking allegations that he was also killed by the Army.

Another militant identified as Ashiq Hussain Bhat, a resident of Shopian, some ten kilometres from the scene of shoot-out. A police spokesperson said today that Ashiq’s killing is “linked to the shooting in Pahnoo’ without providing more details.

Yesterday, the Army claimed to have killed a suspected militant identified as Aamir Malik, a resident of Shopian, who was travelling in a car with his three alleged accomplices, Suhail Khaleel, Mohammad Shahid Khan and Shahnawaz Wagay.

“The militant attacked the mobile vehicle check post of the 44 Rashtriya Rifles at Pahnoo village of Shopian at around 8 pm,” an Army spokesperson sad in a statement.

“Our forces retaliated by firing several shots, leading to a brief exchange of fire. During the exchange of fire, one militant was killed instantly and later three Over Ground Workers (of militants) were found dead. One rifle was also recovered. The search operation was also started in the area while an alert was also sounded,” Army’s Srinagar based spokesman, Col Rajesh Kalia, said in a statement.

Thousands have gathered to attend the funeral prayers of the deceased civilians and the two militants in Shopian with multiple rounds of funeral prayers held so far when this report was filed. The powerful Hurriyat trio of Syed Ali Geelani, Yasin Malik and Mirwaiz Umar Farooq have called for a shutdown today against the killings.

Reports said a partial to complete shutdown is being observed in parts of Kashmir, including Srinagar, where authorities have imposed curfew-like restrictions in downtown areas to foil any protests.

There are reports of youth pelting stones at private vehicles in some parts of Kashmir but no loss of life of injury has been reported so far. 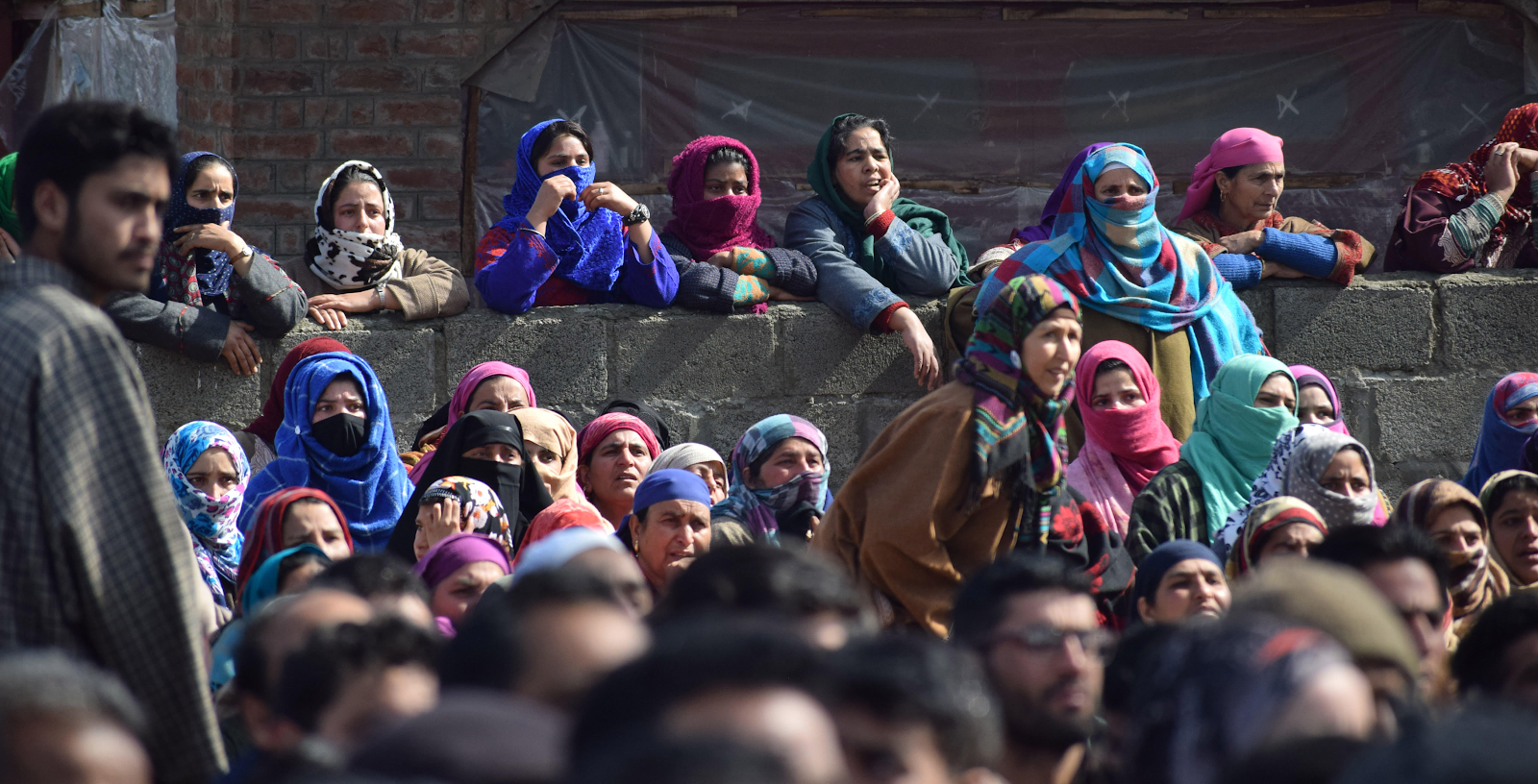 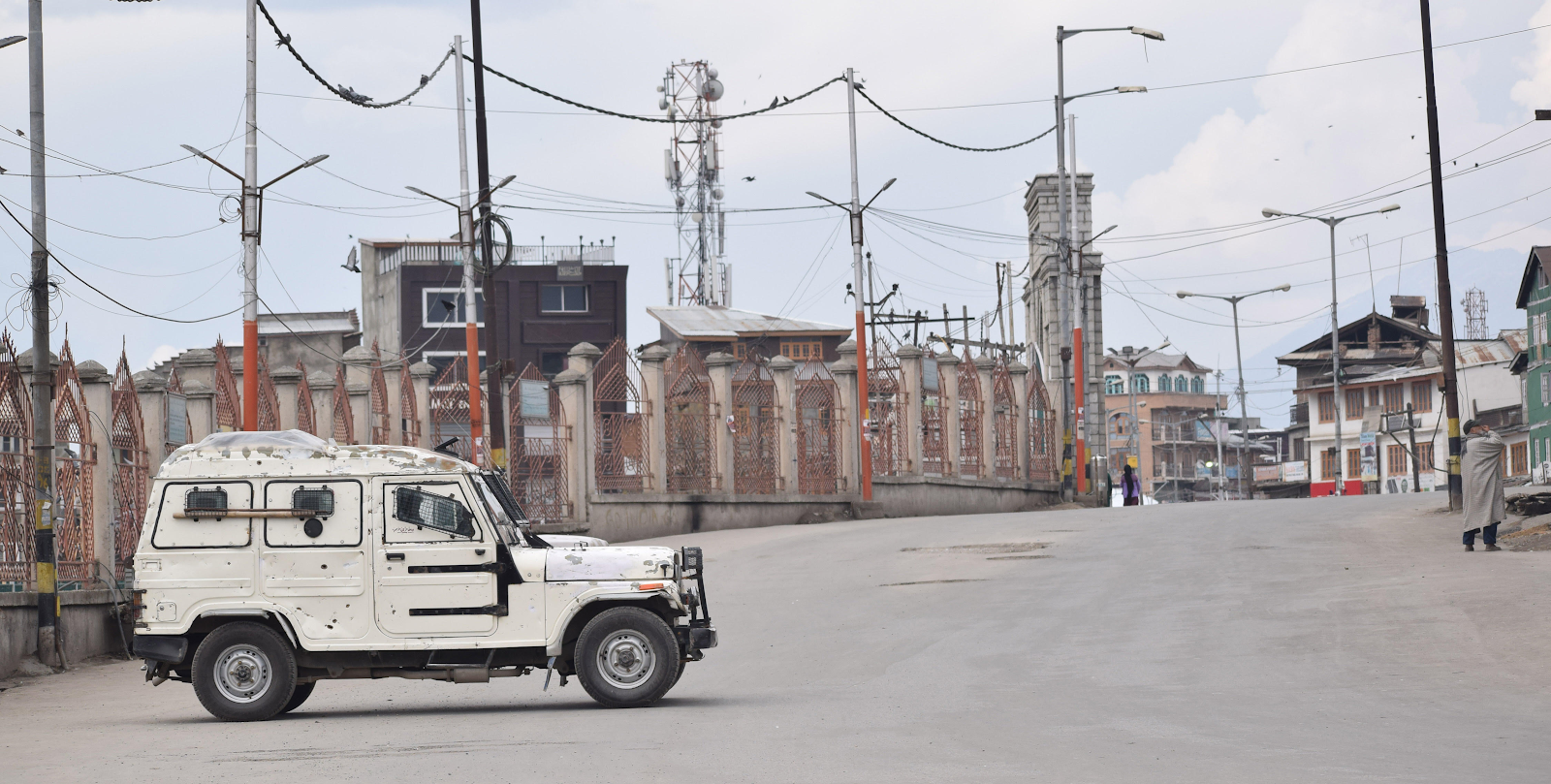 ( Photographs of the funeral of civilian at Shopian BASIT ZARGAR)​​​​​​​