GUWAHATI: Several journalists’ bodies have condemned the attack on scribes on duty by Assam police personnel in the Assam-Mizoram border which took place on March 10.

The journalists’ associations based in New Delhi have also written to Assam chief minister Sarbananda Sonowal to take appropriate steps in this regard.

According to the reports at least two journalists – Emmy C Lawbei, a reporter of the News18 and Catherine C Sangi, correspondent of All India Radio were injured while they went to cover a students’ rally near Bhairabi town in Kolasib district along Mizoram-Assam border.

“The police kept on beating them despite knowing that they werejournalists and not protesters. As you are kindly aware, the fourth estate in the Indian Republic has a responsibility to report on a range of issues that include covering protests as well. The action by the Assam police therefore was unwarranted and uncalled for. Several journalist including a woman journalist with a television channel sustained injuries in the lathi charge by the police,” said the statement issued by Gautam Lahiri for Press Club of India, Shobhna Jain of Indian Women's Press Corps and Nadeem A Kazmi of Federation of Press Clubs in India. 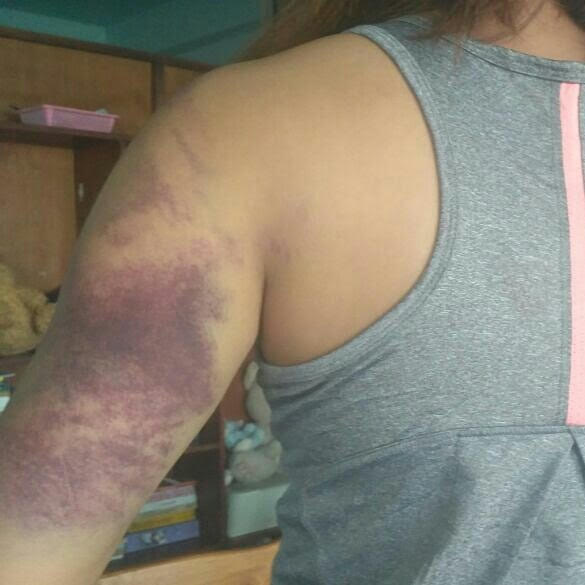 They further said that a time-bound action is needed so that similar incidents do not re-occur.

“We demand that suitable and time bound action be taken to identify the police personnel involved in the beating up of journalists. We hope that your office will look into the matter with the seriousness it deserves in order that journalists are able to conduct their responsibilities in an atmosphere free of intimidation and fear,” read their statement.

Emmy C Lawbei had posted the photos of injury marks after being attacked by the police.

“We are Journalists who came to do ground reporting, we were unarmed, our only weapon was camera, pen and notepad, yet you beat us black and blue and you fired shots at us. I am so mad at your ignorance and aggressive behaviour towards us. Stop assaulting press,” she wrote on her Facebook page after the incident.

She also slammed the Adil Khan, the deputy commissioner of Hailakandi district of Assam where the incident took place, for denying the charges of attack on journalists.