SRINAGAR: Tensions are on the rise in Kashmir after a major offensive against militants left four civilians dead and dozens wounded in deadly clashes going on since today morning. Three Army soldiers and eleven militants have been killed while one militant was arrested from an encounter site.

A partial to total shutdown is being observed across the Valley following the separatists’ call, with clashes breaking out between protesters and government forces in parts of the restive south Kashmir where the militants were killed in three separate gunfights.

The latest gun-fight in Kachdoora village of Shopian district where three army soldiers were killed, ended today evening with the killing of three suspected militants who were hiding in a cluster of residential houses, Director General of J&K Police, SP Vaid said, adding that a mopping operation is going on in the area. 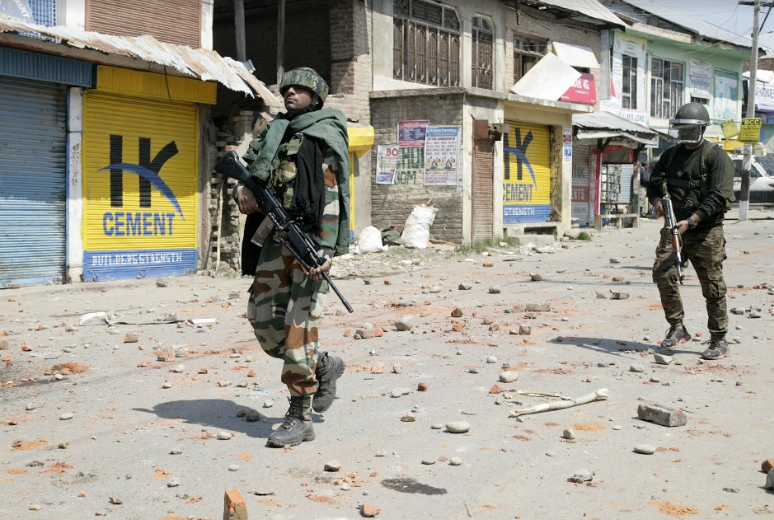 Witnesses said locals pulled out two suspected militants from the debris of the house where the encounter raged and they were taken to an unknown place. Another civilian identified as Iqbal Bhat, a resident of Shopian, who was critically injured in alleged firing on protesters, succumbed at a hospital in Srinagar, sources said.

Two civilians identified as Zubair Bhat and Mehraj Bhat were killed in Kachdoora encounter where hundreds of locals even from adjoining villages marched towards the encounter site to help the trapped militants in breaking the cordon. Clashes broke out when forces tried to stop them with at least 50 civilians suffering injuries.

Seven militants and a civilian were killed in Dragad village of Shopian where an encounter broke out today morning. All the militants were local boys affiliated with Hizbul Mujahideen and were identified Yawar Itoo, Nazim Nazir, Adil Thokar, Ubair Shafi Malla, Rais Thokar, Ishafaq Malik and Zubair Turay. 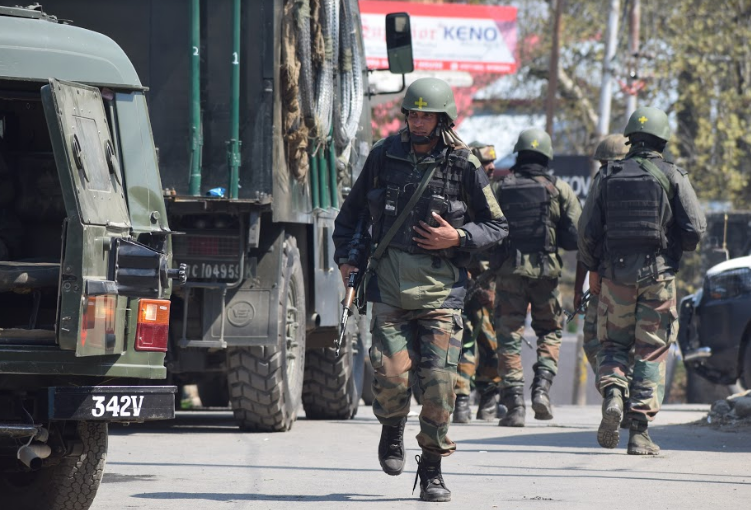 “Apparently this group had joined HM in the summer of 2017 and were involved in series of cases of attacks on civilians and security forces; killing of Lt. Umer Fayaz is one among them,” a J&K Police spokesperson said in a statement this evening.

Witnesses and police sources identified the deceased civilian as Mushtaq Thoker in whose house the encounter reportedly took place. It was not immediately known how he died with locals blaming army for killing him in “cold-blood”. “The bodies of militants are being handed over to their families,” a senior police officer said.

Heavy clashes broke out between protesters and security forces in south Kashmir areas with over hundred suffering bullet, pellet and other firearm injuries since today morning, “At least six wounded protesters with critical bullet or pellet injuries have been referred to Srinagar for specialized treatment,” an officer in the state’s health department, said. 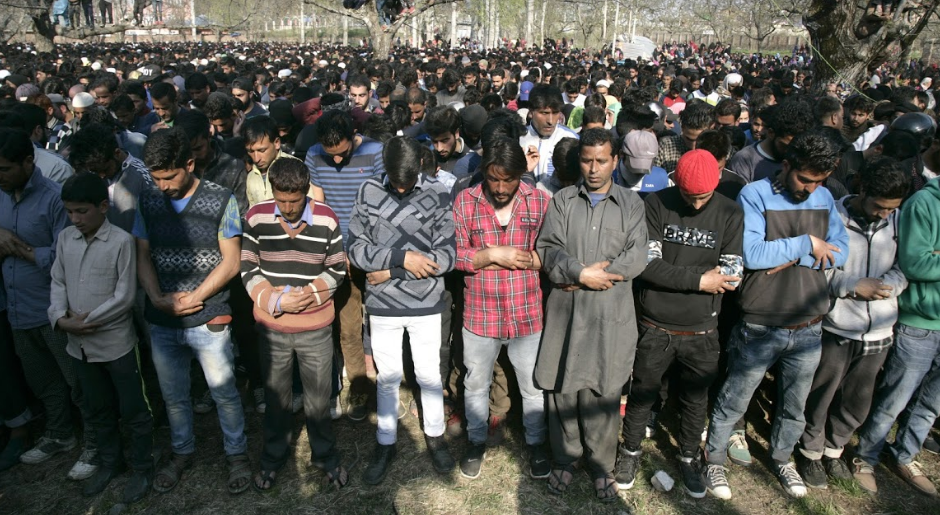 Officials and police sources said clashes are going on in some areas of south Kashmir where preparations are underway for funeral prayers of the deceased civilians and militants. Source said angry residents have come out on the roads in Dragad and Kachdoora villages, “Our forces are exercising maximum restraint while operating in extremely hostile situations,” SP Pani, IG Kashmir, said.

Earlier, a suspected militant Rouf Bashir Khanday was killed and his associate Imran Rashid was arrested during an overnight gunfight at Brunty Dialgam in Anantnag district.

The powerful Hurriyat trio of Syed Ali Geelani, Yasin Malik and Mirwaiz Umar Farooq have called upon people across Kashmir to observe a shutdown today and tomorrow to protest against the civilian killings. Over dozen civilians have been killed in alleged firing by security forces near the encounter sites this year. 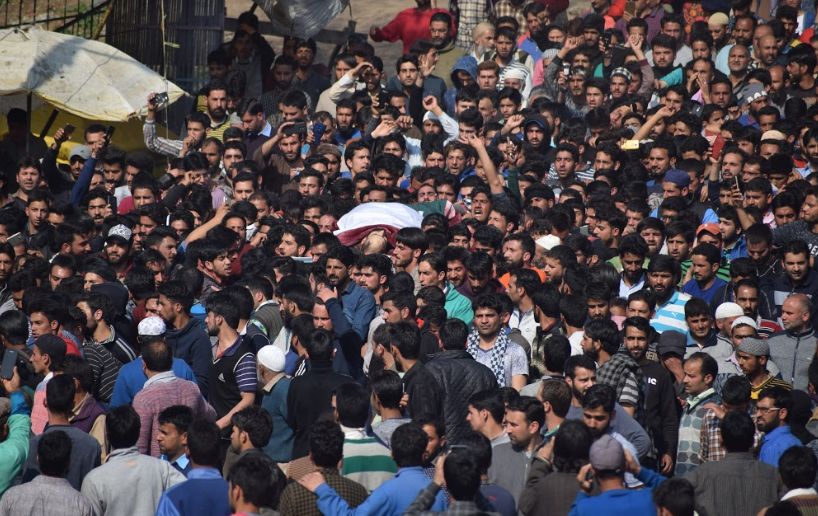 The staggering number of local militants killed in encounters on a single day today with government forces has upped the tensions in the already restive Kashmir Valley, “I remember in early nineties when 22 militants were killed on a single day. Today has brought back those memories,” Haji Abdul Kareem, a resident of downtown Srinagar, told The Citizen.

In a body to prevent the situation from exploding into a crisis, authorities have suspended high-speed mobile internet in Kashmir Valley while as the educational institutions, including the University of Kashmir, have been ordered to remain closed while all exams scheduled tomorrow have been postponed.