Kashmiri Scribes Stand Up for Freedoms and Rights, Watch

The sit-in was to stand up for the right to speech and dissent, and an independent media. The journalists demanded a probe into the remarks by BJP legislator Lal Singh who had threatened Kashmiri scribes with a “Shujaat like” fate if they crossed the line. 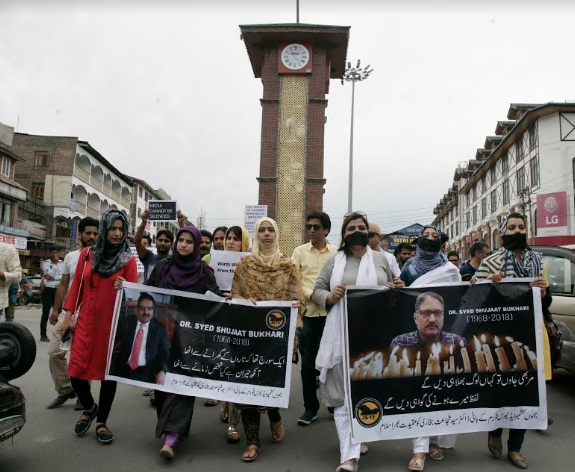 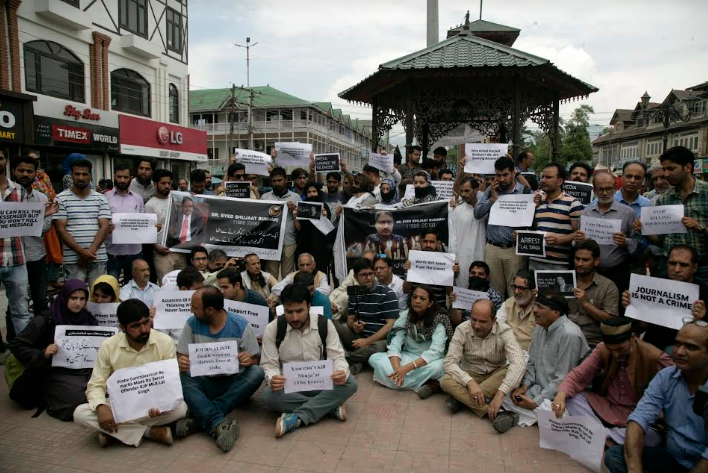 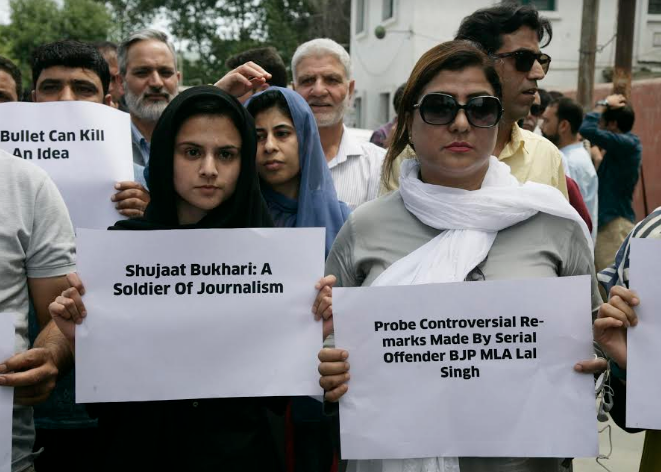 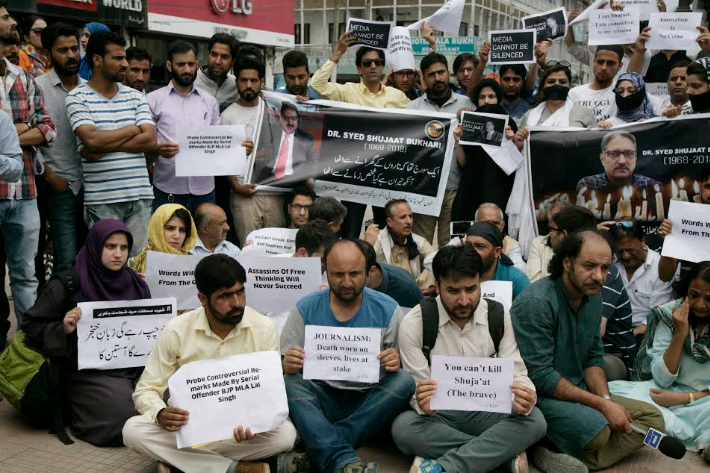 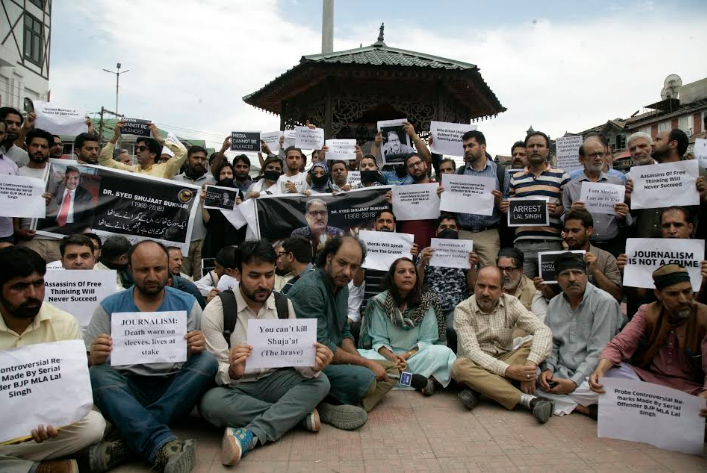 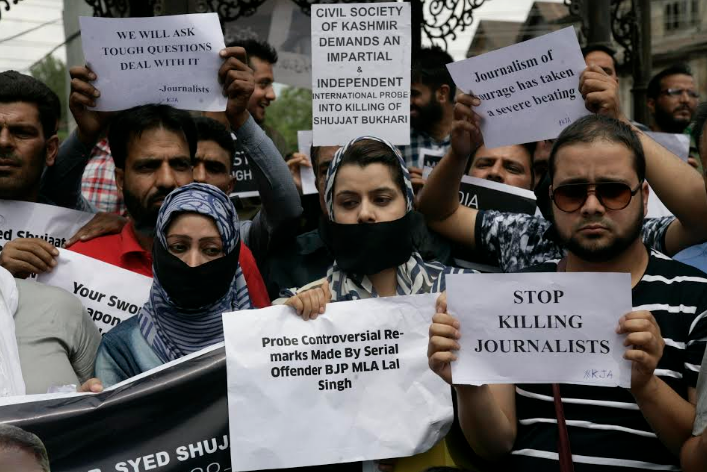 A video of the protest has been carried by Newsclick