SRINAGAR: On Saturday night the residents of Batamaloo— a congested residential-cum-commercial area in the heart of Srinagar— went to sleep with the expectation of waking up to a relaxed Sunday morning. It was not to be.

Between 3:30 am to 4:00 am some residents jumped out of bed hearing multiple gunshots. It was an encounter between a group of Kashmir’s armed rebels and government forces.

According to Munir Khan, Additional Director General of Jammu and Kashmir Police for law and order, home guards and security, the police and CRPF personnel launched a joint operation early morning “to nab a group of militants present in Batamaloo.”

“We had specific information about the presence of militants in the area. They had taken refuge in the house of one Mohammad Shafi Maulvi,” ADGP Khan told a group of reporters in Srinagar.

In this brief encounter between government forces and militants one personnel of J&K Police’s Special Operations Group (SoG) was killed while four personnel were injured, two each of local police and paramilitary Central Reserve Police Force (CRPF).

“While the searches in the area were going on, militants hiding in a house which had a proper hideout for them fired indiscriminately on the security forces. In the initial burst of fire, three jawans sustained injuries and were evacuated to the hospital for medical attention. However one of them identified as succumbed to his injuries,” the police said in a statement.

The police also said that “incriminating material was recovered from the site of encounter. Besides, two accomplices of the militants have been detained.”

Meanwhile, all the injured troopers are said to be “stable” and receiving necessary treatment.

“After the cordon of the area the contact was established with militants, but they lobbed a grenade and also fired at the forces. They took advantage of the darkness and managed escape,” said Khan, adding that “our forces exercised restraint to avoid collateral damage because of the densely populated area.”

He also claimed to have arrested two militants (which are believed to be either over ground workers, OGWs, or accomplices) and said that the police have reliable information that “two militants have received injuries” in the brief shootout.

Three weeks ago, on July 24, prominent militant group Hizbul Mujahideen claimed responsibility for killing a CRPF personal just outside the fire and emergency services department located in this sensitive area.

The local police, as usual, released parts of the CCTV footage of the suspected assailants and sought people’s assistance in identifying them.

However, no progress was made in the case.

Batamaloo is just two Kms from the city centre Lal Chowk and the Srinagar Press Enclave.

Shujaat Bukhari, editor of a Srinagar-based English daily Rising Kashmir, was also killed along with his two personal security guards just outside his office in the press enclave on June 14.

The SMHS hospital, Srinagar’s Press Enclave and Fire and Emergency Services Station are all within five Km radius and it is believed that a group of militants has been active in the area for last two months or so with the aim of planning daredevil attacks against the government forces personnel.

In the early 1990s Batamaloo was one of the many hubs of various groups of militants. It is also an area where stone throwing incidents and protests against the state and in favour of Kashmir’s resolution are routine affairs.

Meanwhile, after the encounter the government forces have launched intense search operations in the area.

Owais, an employee and a resident of Batamaloo, told The Citizen that one of his friends called him early morning to inform him about the encounter in the area.

“It was scary to see a huge presence of the armed forces in the area. It was Sunday and we were hoping for a relaxed weekend,” he said.

Photographs below of the encounter and the funeral of the slain policeman: 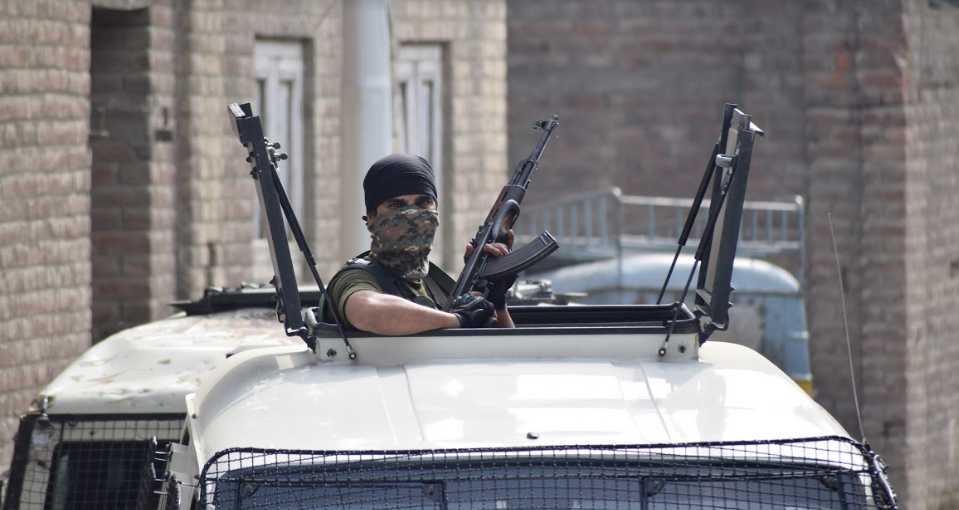 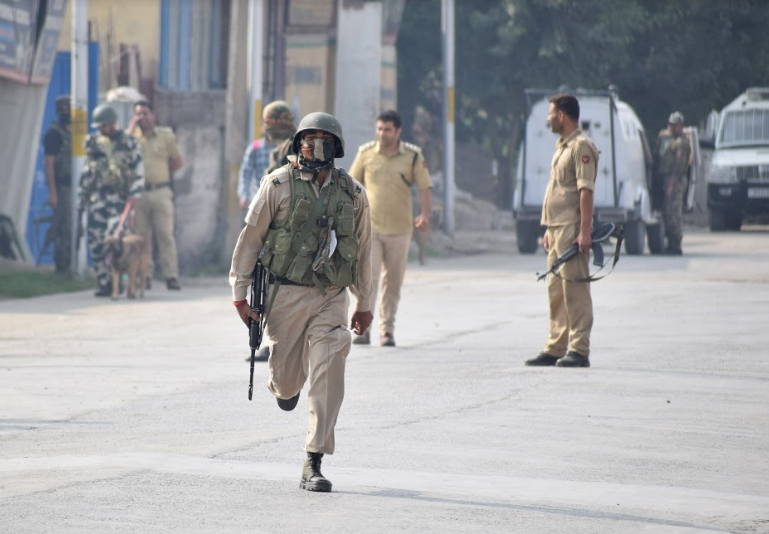 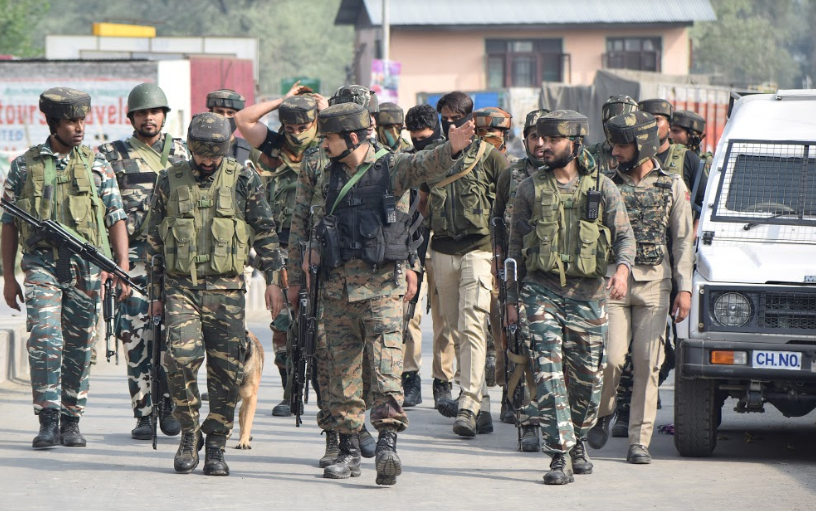 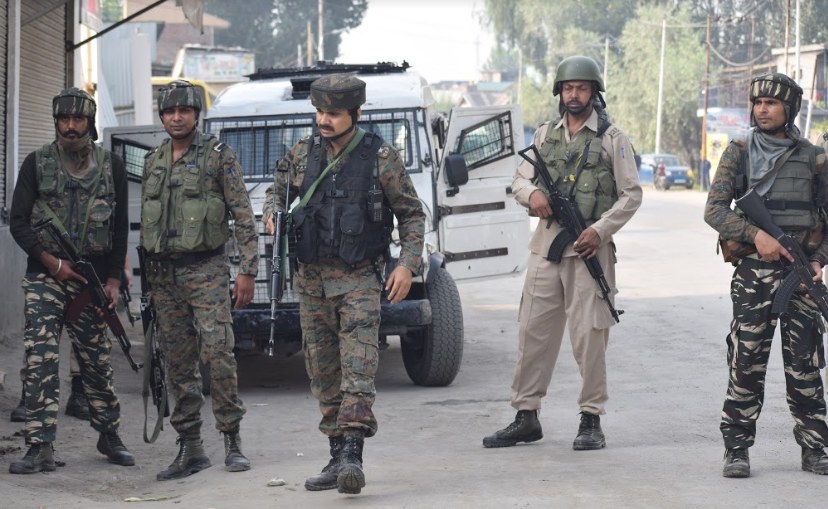 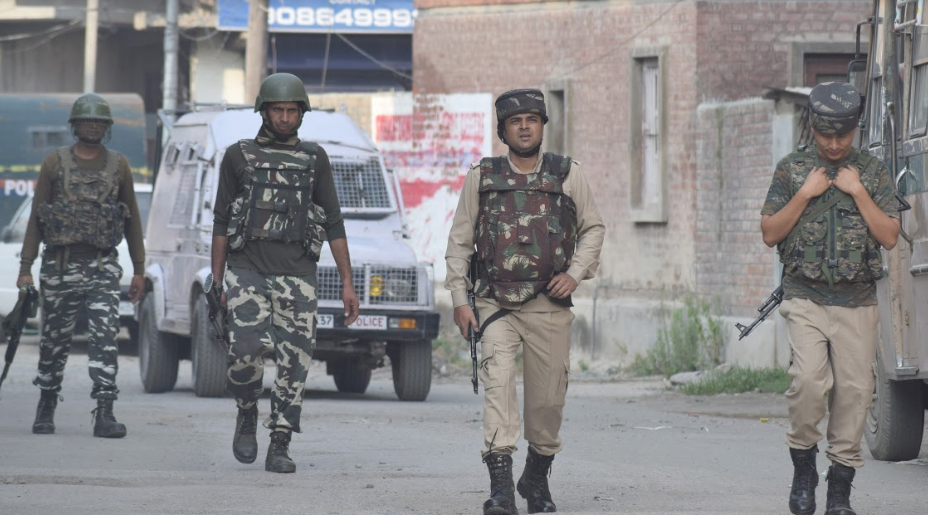 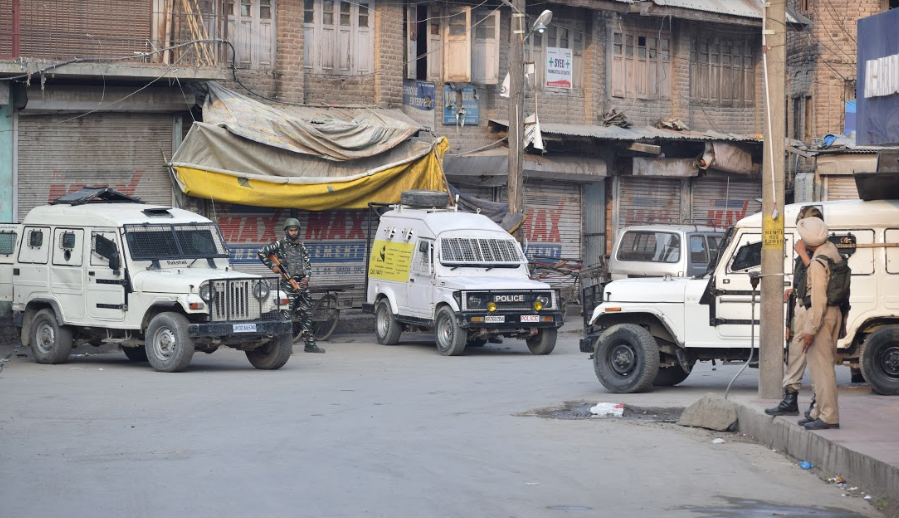 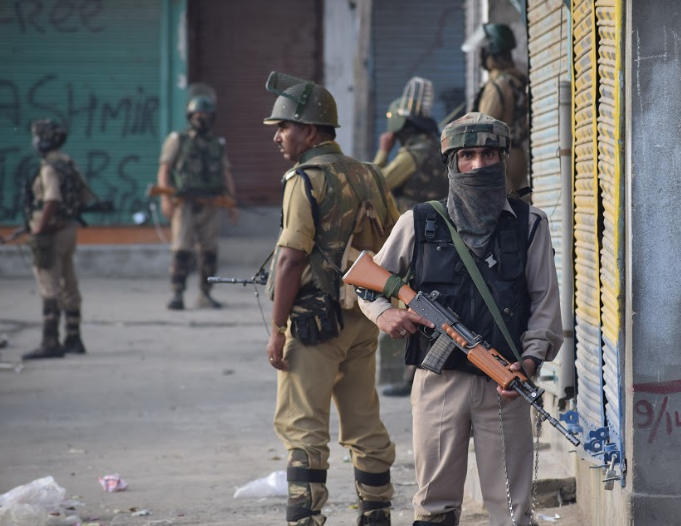 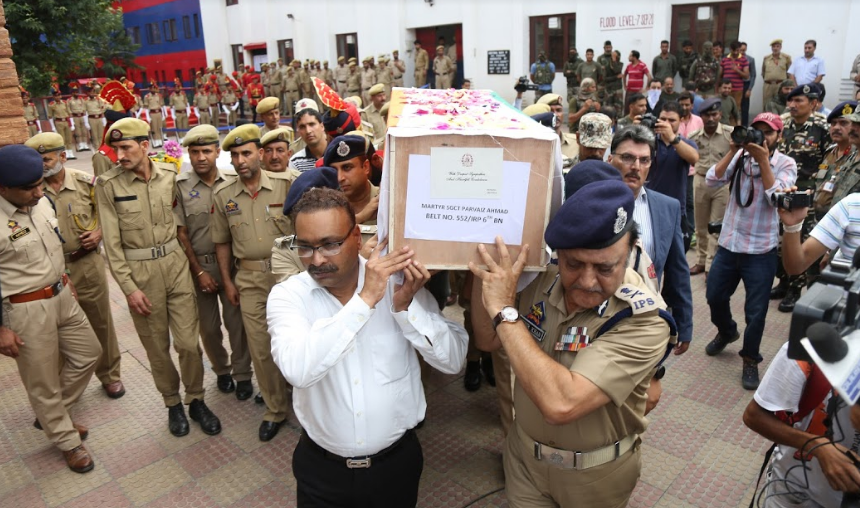 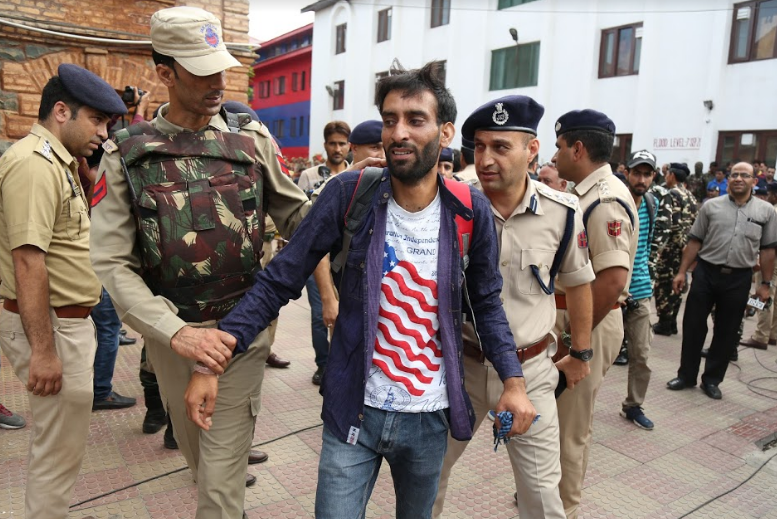 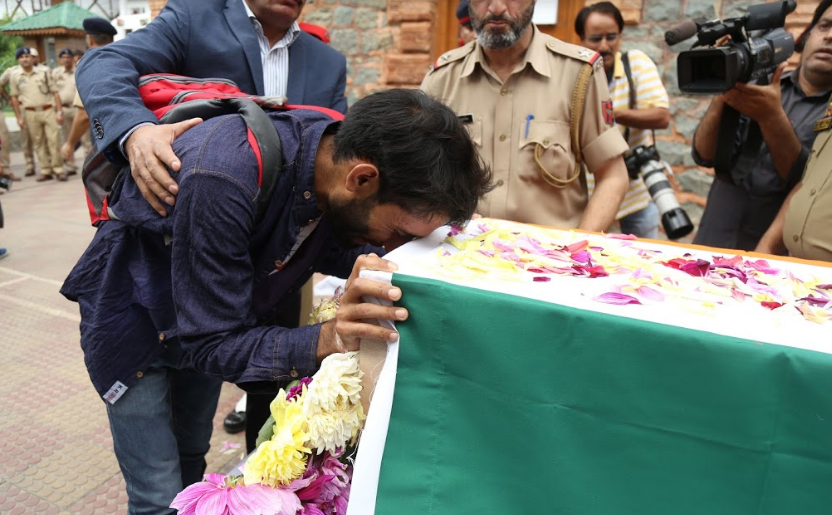 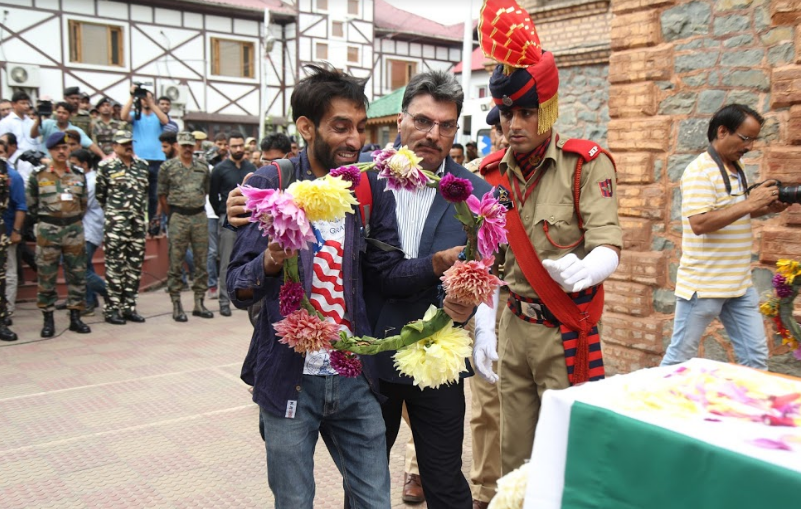 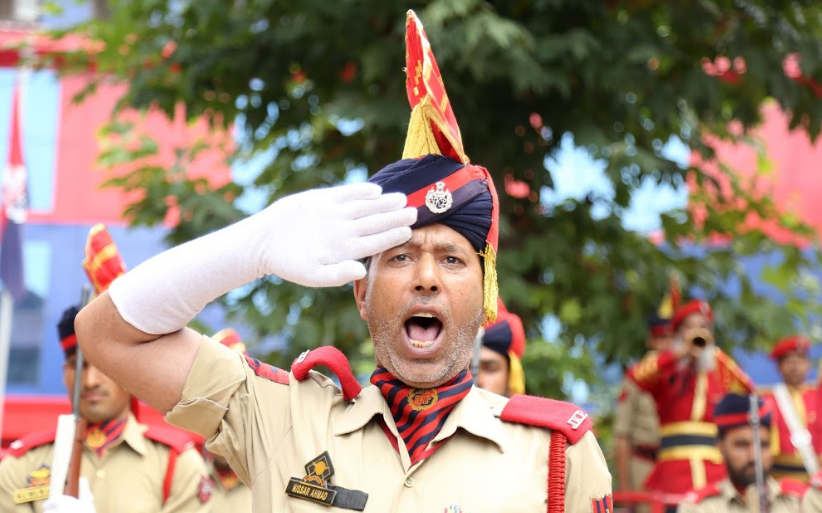 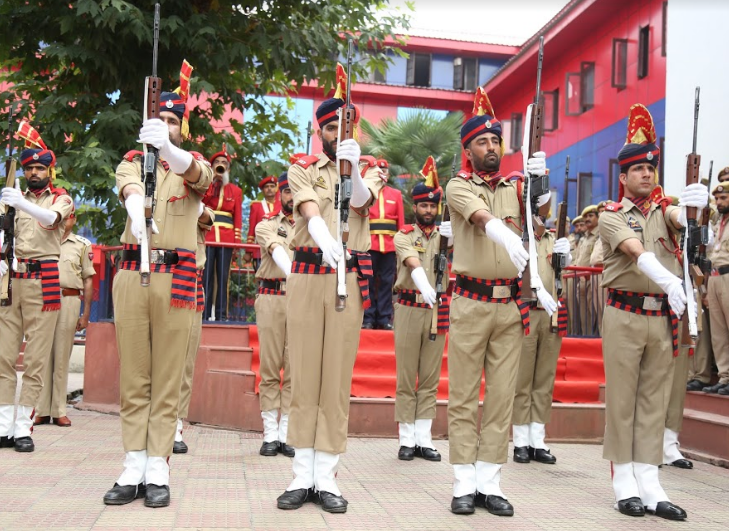 Gowhar Geelani is a journalist and commentator from Srinagar, Jammu and Kashmir.