ITANAGAR: The Congress’ ten-hour ‘Bharat Bandh’ received a mixed response across the Northeast with some states being totally unaffected by it while parts of some states came to a halt.

The bandh was called to protest against rising fuel prices.

The Meghalaya Congress had refrained from calling for a bandh in the state in line with party heads in Delhi owing to a 2013 Meghalaya High Court order that outlawed bandhs. Nor did the bandh have a significant impact in Nagaland as offices stayed open.

In both states, the BJP shares an alliance with regional political parties that are in power.

In Tripura more than 300 Congress leaders, including the party’s state unit president Birajit Sinha, and supporters were detained for picketing outside government offices. Businesses and communication were affected in the state and attendance in government offices were low.

In Assam, several workers were detained across the state as empty streets marked the scene in some districts. 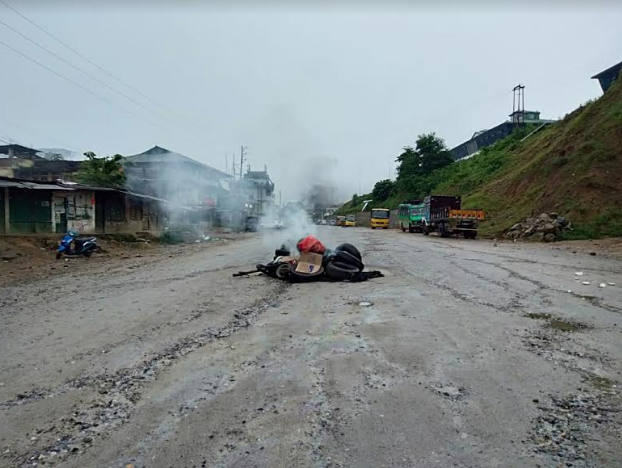 At Silchar in Cachar district, former minister Ajit Singh was temporarily detained, while over 250 people were held at detention centres in Hailakandi district.

Apart from road traffic, nine trains had to be detained and delayed in Assam with protestors blocking train tracks at various stations across the state.

In Arunachal Pradesh’s capital Itanagar the bandh call had a significant impact, as most citizens stayed off the roads for fear of violence. A good decision considering that arson activities did mark the early hours of the protest here.

In total, over 80 Congress activists were detained by the police here before being released.

The state Congress president and former Lok Sabha MP Takam Sanjoy said that the BJP at the centre was extorting and looting the public by increasing fuel prices to gather funds for next year’s elections.

He also absolved his party of responsibility for the burning of tyres on the highway and road blockades in several places, saying he had told party workers not to resort to such activities and that it may have been carried out by “some other forces to sabotage our bandh.”

What really had people talking here was the allegation against the superintendent of police here, that he verbally abused women Congress workers. 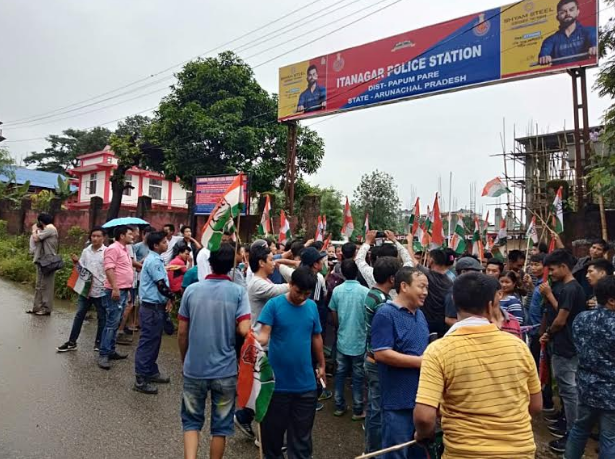 All India Mahila Congress general secretary Jarjum Ete said that the way the SP behaved and the words he used against them during their protest was uncalled for and highly condemnable.

“Just because we are tribal people, can he use any vulgar words against us? This will not be tolerated. We can clearly understand Hindi or English,” said Ete. She added, “We thought some young IPS officer from Delhi has come here who can teach our young boys in uniforms a thing or two, but we don’t want our boys to learn such kinds of lessons.”

Sanjoy said that the party had already submitted their complaint to the director-general of police and has served a 48-hour ultimatum to issue a public apology and to take disciplinary action against the SP.

Saying that “human dignity has to be maintained”, Sanjoy said that they “don’t expect such unethical behaviour of using vulgar words to the senior women leaders from an IPS officer” and they “cannot let it go unnoticed.”

The Arunachal Pradesh Congress Committee president also accused Harshvardhan of rash driving and "almost" hitting party workers at the C-Sector petrol pump, and of slapping one of their labour leaders.

A PTI report said that the SP denied the allegations, saying that after repeated pleas from him the party resorted to pelting stones and created a law and order problem much before the bandh was due to begin. “Being a responsible party, such activities are not expected from the Congress,” he said.

Arunachal Pradesh, Assam, and Tripura all have BJP governments.