35% Polling in Sumbal, 0% in Frisal With Not Even a Candidate In The Fray

No polling in six towns in Kashmir

KULGAM: While Sumbal town of north Kashmir led the show of polling activity on Thursday, October 10, the restive south Kashmir’s Frisal was an island of dissent with a complete boycott of the elections ,in all of its 13 municipal wards.

The first rays of sun were yet to touch Sumbal when Ghulam Qadir hurried through lanes of the town, wearing a pheran and skull cap to reach polling station housed in garrisoned college. The septuagenarian was the first from his locality to cast the vote, he said. 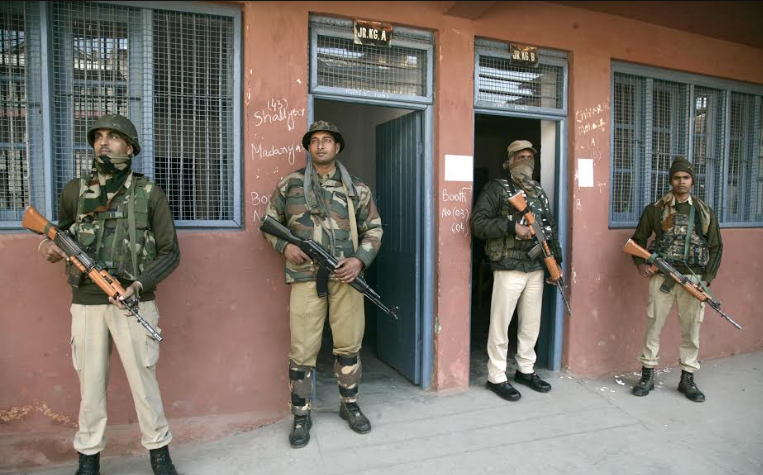 “I didn’t want to waste my vote. It is a sin,” the wrinkled-faced man said with conviction. “But at the same time,” he continued, “there was this uneasiness within to ensure that nobody sees me.”

Why? “I don’t need to explain…the present situation doesn’t allow so,” he giggled, apparently referring to separatists’ boycott call and militants’ threats to candidates and voters to stay away from polling booths.

But as the sun shone on the town, located on the banks of the river Jhelum, the nervousness on Qadir’s face was gone. A crowd of voters, both men and women - young and elderly – defying the boycott call, lined outside polling booths in 11 municipal bodies of northern Kashmir’s Bandipora district to exercise their franchise. 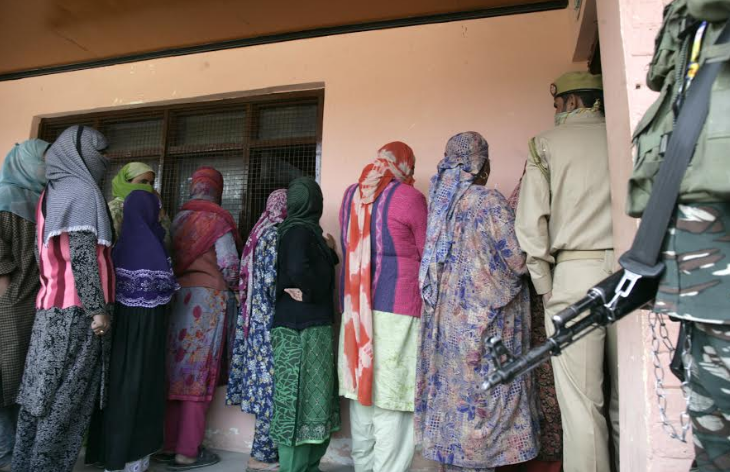 The final data issued by office of state chief electoral officer showed that Sumbal recorded a 35.4 percent turnout. A reason for the government to celebrate “brisk polling” amid near total boycott in Srinagar, Anantnag and Baramulla municipal bodies.

This turnout in Sumbal was in fact even mentioned by BJP’s point-man for Kashmir, Ram Madhav, in his tweet, along with a picture of voters in queues outside the booths. “People queue up to vote in Sumbal, Kashmir. Will of the local leaders is the will of people.” he wrote.

Compared to the first phase of elections, the voting for the second phase started an hour earlier at 6 am – half an hour before sunrise in the region. By the time it ended, Sumbal, which has traditionally seen a high turnout over the years, had polled 35 percentage of vote, the highest by any municipal committee so far in the two phases.

“We are voting to ensure redress to our day-to-day problems in future. For us an empowered institution at grassroots level means much more than the government that sits in secretariat,” said Abdul Rashid, a farmer from Sumbal town, after casting his vote, defying boycott call.

Situated on peripheries of Kulgam town, Frisal municipal committee was scheduled for polls today along with other civic bodies. But the polling didn’t take place at all. Spread over 13 wards, not a single person from the civic body had joined the poll fray – a record of sorts.

The “Azadi” sentiment runs deep in this area, a part of Homshalibugh Assembly constituency and a stronghold of religo-political organization Jamaat-e-Islamia. And hence the boycott was anybody’s guess. So much so that there was no mention of the area, among the civic bodies going to polls today, in official records.

In the nearby Yaripora municipal body comprising of seven wards there was no polling at all in three segments since nobody was contesting. In the remaining four wards a candidate each was elected uncontested. Officially no polling took place in this municipal committee as well.

“We don’t side with oppressors. We have never voted,” Muzaffar Hussain, a local businessman from Frisal told the Wire. Both the civic bodies, lying adjoining and nestled among apple orchards, witnessed a complete shutdown.

“We have seen how blood of our young has been spilled on the roads during past two years. How can we forget their sacrifices and join a process which is only meant to discredit our Aazadi movement,” said another local Shuib Muhammad.

If Kashmir witnessed a single digit of 8 percent polling during first phase on October 8, the overall figures are expected to fall down further. As per latest figures issued by state election body Bandipora witnessed highest turnout while as the percentage was just 2.3, 1.5, 5 and 7.03 in Srinagar, Anantnag, Kupwara and Baramulla respectively, an indication that the trend of low voting is set to stay in Kashmir.

The aggregate polling percentage across Kashmir plummeted to 3.4 percent, almost five percent less than the turnout during first phase. The dismal show is seen by many as telling development for both Center and state.

A total of six municipal bodies, one each in all districts went to polls today. There were six towns in Kashmir - Kunzer, Chrar-i-Sharif, Beerwah, Magam, Yaripora and Bijbehera where no voting took place because there were single candidate in fray in each ward who got elected uncontested.

The pattern was similar to one witnessed during first phase when no vote was cast in 92 of 149 wards that went to polls then. In 69 wards, candidates were elected unopposed then and there was no candidate in 23 wards. Except for 18 wards of Kupwara with around 32.3 percent of polling and one ward of Budgam with around 17 percent polling, people in other parts of the Valley had mostly stayed away from booths.

The four-phased election in Kashmir is seen as a direct contest between two national parties, Congress and BJP, in the absence of two regional parties, National Conference and PDP, who stayed away from polls, citing “assault” on state subject law (Article 35A) which has been challenged in the Supreme Court.

Held after 13 years, the center last month decided to go ahead with the polls in the state which is presently under governor’s rule and hence directly ruled by union government. The Panchayat polls will follow these civic bodies’ polls which will culminate on October 16.