Journalists Roughed Up While Covering Encounter

By joint team of J&K police, Army and paramilitary forces

SRINAGAR: Government forces roughed up at least ten journalists near the site of an encounter where a civilian, described by police as ‘over ground worker of militants’, was killed in the capital Srinagar today morning. Two militants and a policeman were also killed in the gun-battle.

Official sources and local witnesses told The Citizen that a joint team of J&K Police, Army and paramilitary forces cordoned off Fateh Kadal locality in downtown Srinagar today morning following inputs about the presence of militants there.

“A group of militants hiding in a residential house opened fire which was retaliated. In the ensuing gunfight, three militants were killed. A policeman also lost his life during the exchange of gunfire,” SSP Srinagar, Imtiyaz Parray, told reporters.

A top Lashkar-e-Toiba commander identified as Mehrajuddin Bangroo and his associate Faiz are believed to have been gunned down in the encounter which has sparked tensions in the capital city. Police has not yet officially identified the militants.

Reports in local media, however, described one of the slain ‘militant’ as a civilian identified as Rayees Habibullah. He is believed to be the son of the house-owner where the militants were hiding. Another report, quoting police sources, said he was the over ground worker of militants.

It could not be immediately verified whether the deceased ‘civilian’ had any past criminal record. SSP Parray could not be reached for his comments.

Following the encounter, authorities have suspended mobile internet service in the capital while all the educational institutions have been ordered to remain closed, “It is a precautionary measure to prevent any law and order disturbances,” a police officer said.

A group of journalists who had gone to cover the encounter were roughed up by forces who prevented them from doing their professional duties, "Police and CRPF even fired aerial gunshots to scare us away," a journalist who was also roughed up, said on condition of anonymity, fearing reprisal.

The encounter in downtown Srinagar comes a day after the municipal polls in the state culminated with a dismal polling percentage. While Jammu region recorded brisk polling, the voters stayed away from polling booths in the Valley amid the Hurriyat’s boycott calls and fears of militant attacks.

Civilian killings, especially near the sites of encounters between militants and government forces, have gone up in Kashmir since the Hizbul Mujahideen’s Burhan Wani was gunned down in 2016 which sparked a mass uprising in the Valley.

According to a report by JKCCS, a rights advocacy group, 108 civilians were killed in Kashmir last year of whom 14 were minors. At least 70 civilian killings have been killed mostly by security forces in the first eight months of this year in Kashmir. However, some killings have also been blamed on militant groups. 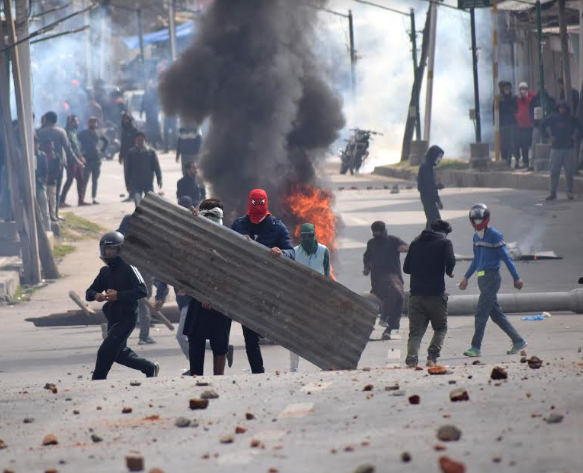 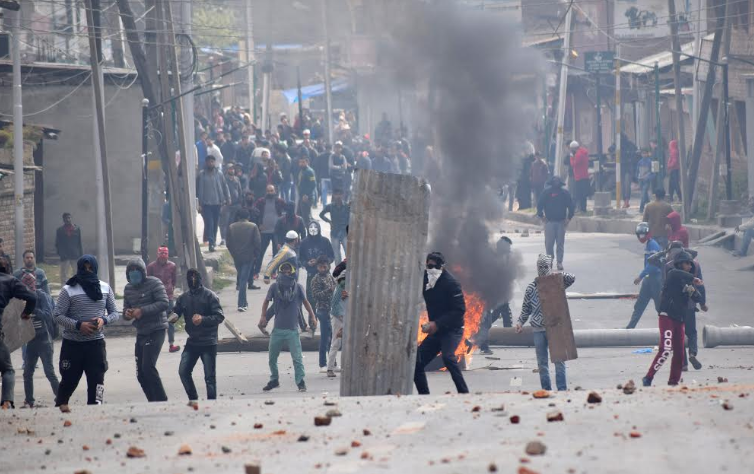 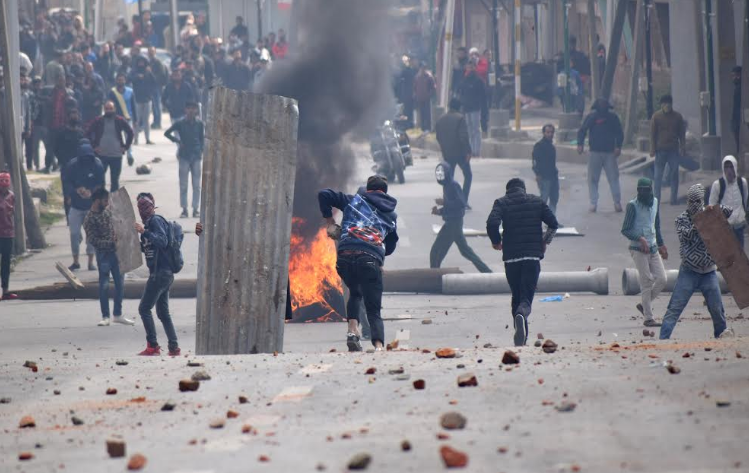 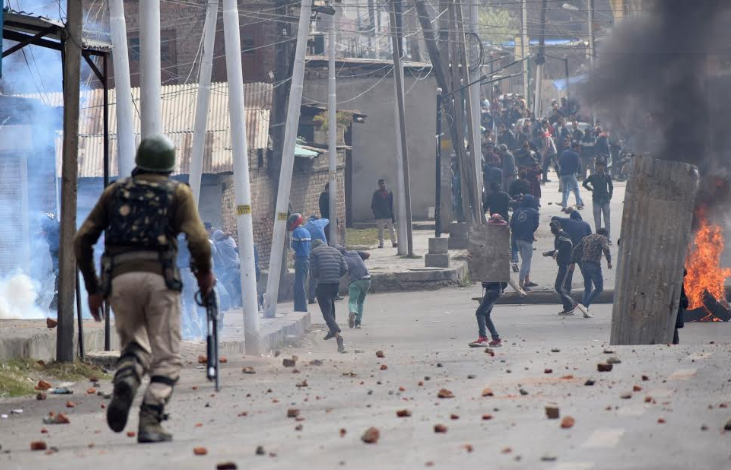 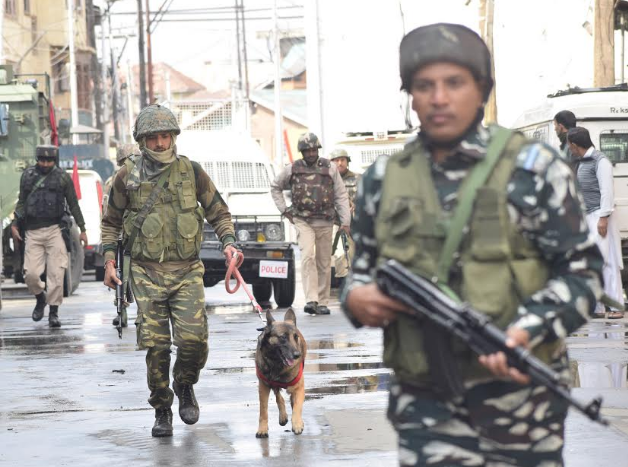 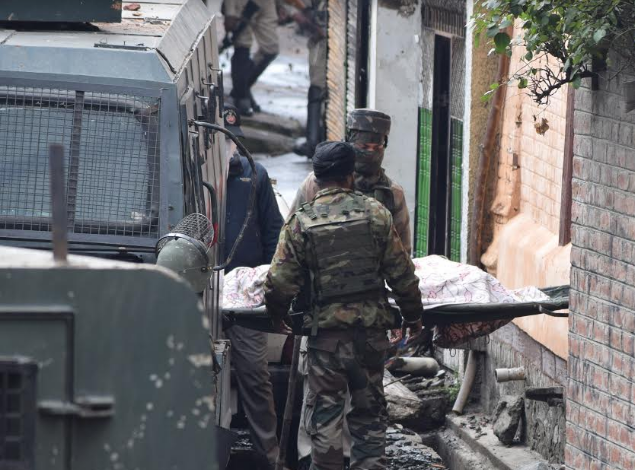 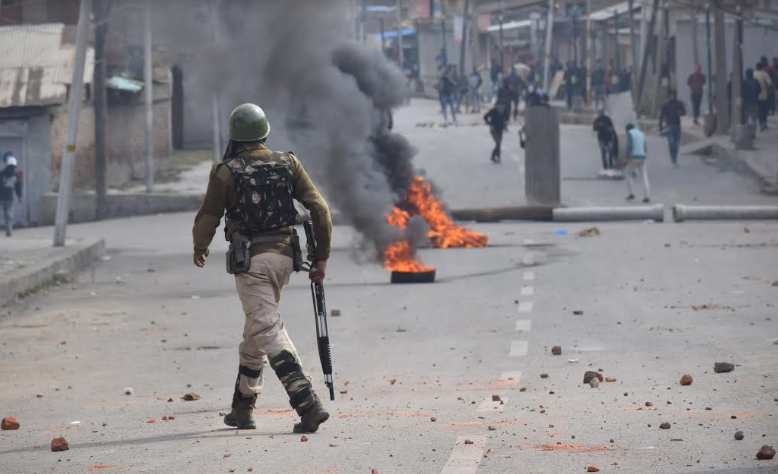 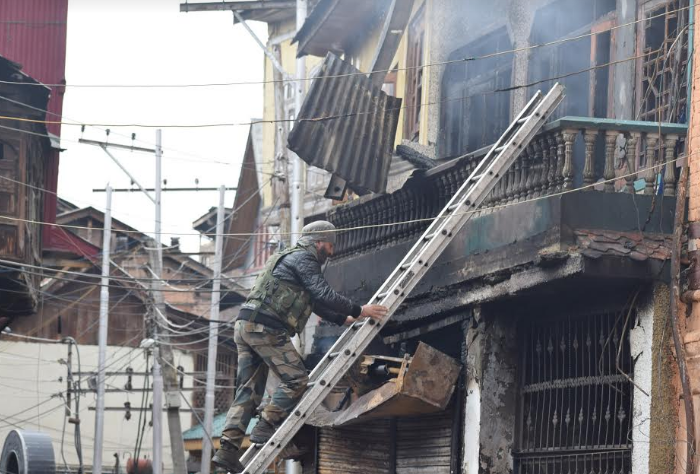 (All photographs of encounter at Fateh Kadal by BASIT ZARGAR)