Rejuvenating A Forest In Pursuit Of Water

“Sustainable development is not possible without sustainable irrigation”

BASAR: Back in 2008, an official with the Arunachal Pradesh government’s horticulture department noticed that the water streams and rivulets that fed a number of villages were drying up near his hometown. In a place that has been blessed with natural bounty, water scarcity was a phenomenon that the tribal Galo people in Basar were unaware of. Now, that had become a very real danger.

Nestled at an elevation of 2,299 feet in the recently created Lepa Rada district in central Arunachal Pradesh, the Basar administrative circle has a population of 12,224, per the 2011 Census. Home to the Galo people, the town of Basar and the adjoining villages is criss-crossed by three rivers- Kidi, Hie, and Bam Hila.

While these rivers serve as a primary source for water supply, much of people’s water needs are satiated by rain-fed streams and rivulets that bring groundwater from the green hills to the villages that dot the landscape.

That began to change ten years back when unabated and unsustainable farming practices began to have an adverse impact on the life of the villagers.

“Around that time we realised that the villages were staring at water scarcity,” says Egam Basar.

The 43-year-old head of the State Horticulture Research and Development Institute is a native of Soi village in Basar. A decade ago, he was transferred here when he noticed that the streams that fed his and surrounding villages were drying up.

Together with his nephew Gomar Basar, who was a student then and is now an assistant registrar with the Rajiv Gandhi University near the state capital, they formed an environmental group that would later go on to become the EB Project (EB as in his initials).

Egam had a plan to revitalise the streams and the rainwater catchment area in his village by digging “recharge pits” that could hold water that will seep into the soil and keep the fields irrigated.

Large-scale jhum cultivation practices and unchecked felling of trees meant that the hills could no longer hold rainwater and would just flow down.

The first hurdle that Egam faced was gaining ownership of the lands.

Funding was difficult to come by and so he had to purchase the lands from the money that he had saved up over the years.

Egam, who has a penchant for hats which he says he wears to hide his greying locks, doesn’t indulge too much into the details of how much of his personal income was spent in acquiring the lands that would eventually become the EB Project.

In total, he acquired 60 hectares of land and stopped jhum cultivation and deforestation. Since the project started, Egam and Gomar said that the forest and wildlife has been rejuvenated.

On the climb up the hilltop we were informed that there has been an increase in the wildlife population in the area with barking deer, clouded leopard, and reportedly even a tiger now call the place home.

Apart from the wildlife, Egam informed that there now plans afoot to introduce rare medicinal plants in the area.

Along with his advisors and support staff, the more immediate goal now is to reach the 1000 pits mark.

Digging of the metre-deep pits began in 2011 but it would take seven more years before the stream in Soi village did not dry up in the winter months.

There are currently 200 such recharge pits and plans are underway to adopt the system in other villages and their surrounding hills as well.

“Sustainable development,” Egam says, “is not possible without sustainable irrigation”. 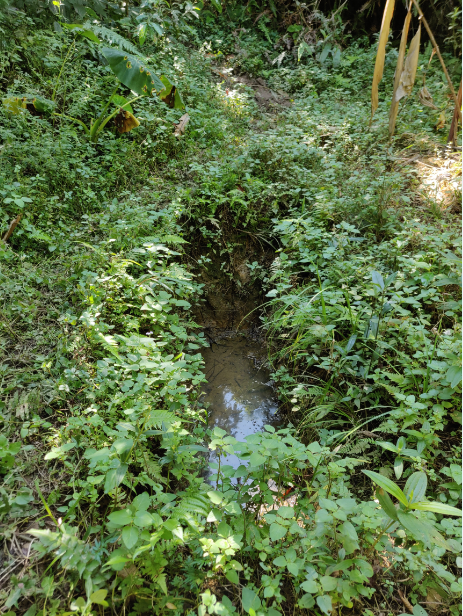