All allies in the Meghalaya Democratic Alliance oppose Bill.

Sangma said that all Chief Ministers of the northeastern states should come together to oppose the Bill.

He made it clear to the Union Minister that all the six coalition partners including United Democratic Party (UDP), BJP, Hill State People’ Democratic Party (HSPDP), People’s Democratic Front (PDF), NCP and Independents were of the view that the Bill will disturb the social fabric of Meghalaya and the northeast by posing a serious law and order problem in the region.

“The Citizenship Amendment Bill will affect northeast to a large extent. The bill is against the spirit of the people of North East as this will have serious repercussions and will create law and order problems in the region,” Sangma said.

Meghalaya Tourism Minister Metbah Lyngdoh said, “The bill has hurt the sentiment of the tribal people of Meghalaya and particularly the minority communities and the central leadership should reconsider the bill”.

Urban Affairs Minister Hamlet Dohling said, “There is resentment amongst the people of Meghalaya against the bill that has been passed in the Lok Sabha. I urge the centre to reconsider the bill, which will create a lot of problem as it will affect the identity of our people.”

The Chief Minister along with his Mizoram counterpart Zoramthanga also had a detailed discussion with Union Home Minister Rajnath Singh to express concerns and dissatisfaction of the people of Northeast against the bill.

He told the media that all the Chief Ministers of Northeast should come together to express their concerns on the issue and stand in unity before the central leadership for the welfare of the entire Northeastern region.

The CAB has been widely criticised and opposed across the region. There have been strikes and continuous protests by political parties, students’ bodies and others. Assam, in particular, has been protesting since with the Asom Gana Parishad quitting the NDA alliance and its partnership with the BJP. Despite this there is still no let up in the attitude of the central government. 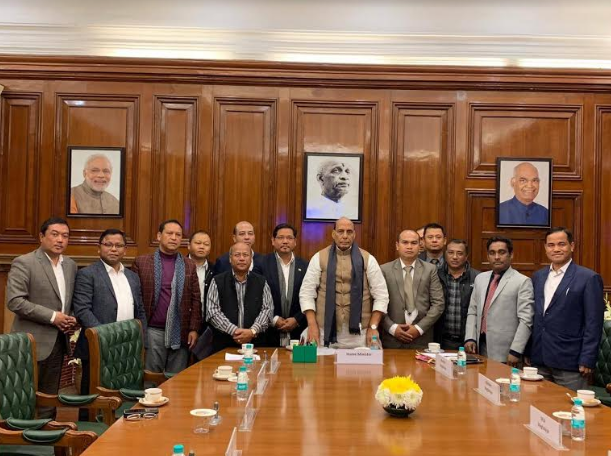