GUWAHATI: Prime Minister Narendra Modi arrived in Guwahati to a black flag welcome, despite the security bandobast targeted at keeping all citizens indoors.

Here on a two day visit, the Prime Minister was first greeted with black flag protests at Jalukbari by the students of Gauhati University on his way to Raj Bhawan.

The All Assam Students Union (AASU), an influential body in Assam which is spearheading the movement against the Bill also raised black flags as the PM’s cavalcade passed in front of the organisations office.

“This is a strong message to the Prime Minister. We expressed our anger and displeasure. We will continue this till the bill is scrapped,” AASU Chief Advisor Samujjal Kumar Bhattacharya said.

More protests are planned for the two days of PM Modi’s stay in Assam.

On Friday, AASU and 30 other organizations burnt copies of the Bill across the state.

Today on Saturday, Tai Ahom Yuva Parishad (TAYP), a body of the Tai Ahom community which has been demanding ST status, has also called for a 12-hour Assam bandh. This bandh has been supported by Krishak Mukti Sangram Samiti (KMSS) and other agitating groups.

Akhil Gogoi, the advisor of KMSS has asked the people of the state to wave black flags andprotest against the PM’s visit to register their opposition to the BIll.

The six communities -- Koch Rajbongshi, Tai Ahom, Chutia, Matak, Moran and Tea Tribes -- which have sought ST status for them have also objected the Modi visit.

“The BJP government kept on promising but we didn’t get the results. So, today, when he is visiting the state, we renew our demand that the BJP government must initiate the process to table the special status Bill in Parliament and give what we deserve,” said a leader of TAYP.

The anger against the Citizenship Amendment Bill is at bursting point, with the entire state being galvanised into protest that has impacted on the North East adversely. So far the government is not willing to back off from this controversial legislation that allows non-Muslim migrants citizenship from India’s neighbouring countries. 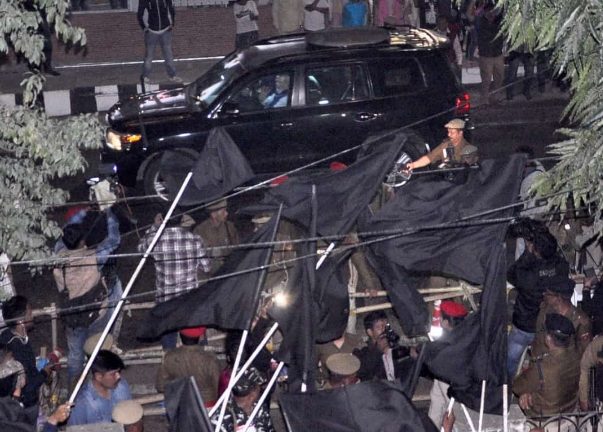