'I Gave my Name, Rank, Service Number Like Young Abhinandan Today (there was no electronic media then fortunately)'

'They Are All My Sons': Field Marshal Cariappa to Ayub Khan

NEW DELHI: “They are all my sons” was the response by Field Marshal K.M.Cariappa to Pakistan’s Field Marshal Ayub Khan in 1965 when he received a message that his son, 27 year old IAF fighter pilot Flight Lieutenant K.C.Cariappa, had been taken prisoner by Pakistan and “is with us.”

Khan had served under General Cariappa before partition, admired him immensely, and offered to release the young man. To this India’s general and subsequently Field Marshal who is a legend in military circles responded, “They are all my sons. Treat them equally and repatriate them together.”

Air Marshal Cariappa, the young fighter pilot who was shot down in enemy territory during the 1965 war, recounted this while speaking to The Citizen in an exclusive interview about his experience -- similar at some levels to Wing Commander Abhinandan Varthaman's who was released a few days after he fell into Pakistani hands when his MiG 21 was shot down in Pakistan.

The Air Marshal -- then a Flight Lieutenant -- was in Pakistani custody for four months almost to the hour, from September 22, 1965 to January 22, 1966 when he was released along with six other IAF officers in exchange for Pakistani prisoners of war with India. As he recounted, these negotiations were handled by the military in the course of events, and did not involve the political government or for that matter the media at the time. Quite unlike the media blitz surrounding Abhinandan which the Air Marshal was very critical of, with classified information being revealed by television reporters. He said, however, that he would not like to comment on the politics surrounding the event.

His story gives an idea of what happens in a war that politicians and news anchors so casually ask for, leaving it to the man on the ground to take the bullet, with his story remaining under wraps until after his retirement, if that.

As told to The Citizen:

On September 22 I was posted in Allahabad. I was ordered to lead a squadron of four fighter aircraft to the border. As we taxied out, one aircraft developed a technical snag and was unable to take off. As we neared the borders another aircraft also had to return because of some malfunction. So just two of us went across the borders and hit vehicles, bridges. As we turned to come back we saw large Army formations below and opened fire on these. Return ground fire hit my aircraft with the other pilot “Baby” Sehgal coming on to say, “Kerry eject eject, your plane is on fire.” I ejected and landed on my bum in a ploughed field.

I was immediately surrounded by troops, but had no idea where I was. There was this sound of artillery fire, and one of them said, “Your guns are firing at us.” That is when I realised I was with the Pakistan Army. They asked me to raise my hands. I could not as clearly I had injured my spine. I also had injuries on my forearm. They brought a stretcher and transported me to a hospital in Lahore where I was diagnosed with a fractured spine. I was kept in solitary confinement at the hospital which of course was to be expected.

After a couple of days the Pakistani Commander in Chief General Muhammad Musa Khan came to meet me and asked if there was anything I required. I said nothing, except that I would like to be taken to where the other Indian prisoners of war were lodged. I was interrogated and like young Abhinandan gave my name, rank and service number. They asked me if I was General Cariappa’s son to which I responded again with my name, rank and service number. They probably got that information anyway.

I was shifted to a hospital in Rawalpindi. Here Ayub Khan’s son visited me with a P.G.Wodehouse book and a tin of cigarettes.

I was moved to a prison cell and kept in solitary confinement for two weeks. It was a barred cell and I could not see anything outside. I was blindfolded when I needed to go to the toilet. The only other life I saw were sparrows.

From Rawalpindi hospital I was moved to a transit camp for prisoners. Here too I was kept in solitary confinement. From Rawalpindi I was blindfolded and taken to Dargain Fort, where the other Indian prisoners of war were housed. There was this dormitory-like facility with 37 Indian Army prisoners.

After the fear of the unknown, the deep uncertainty, no idea of the morrow, being with the others boosted my morale. After two days I was shifted to an adjacent compound with six IAF prisoners. There were 11-12 Sikh officers who were kept separately as the Pakistanis were giving them special treatment, perhaps to try and influence them. This was of course years before the Khalistan movement.

Strangely, for no visible reason, two of us were again picked out and sent to solitary confinement. Of the four months I was there, at least 10 weeks were spent in solitary off and on.

A package from the Red Cross arrived, being the first indication that we had been recognised as POWs and the Geneva Convention would apply. We received Rs.65 a month and used this to buy eggs, some food, toiletries. The food was awful. We would get two puris and a mug of tea in the morning, boiled rice, chapatis, bhindi and turnip for lunch, the same for dinner. We also bought razais (quilts) with the same money.

In one of the parcels we got the Mahabharata and the Ramayana. One of our colleagues, well versed in Hindi, would read to us every night from these. (Air Marshal) V.S.Sikand who had landed his aircraft in Pakistani territory thinking it was India, would keep us in splits of laughter with his jokes and anecdotes. The Red Cross started sending us chocolates as well, and yes, life improved. We had a boiled egg every morning.

The compounders from the dispensary who would visit us every day to treat our wounds would leave behind methylated spirit at our request. We got a large ghara (earthen pitcher) and threw in a local, very bitter citrus fruit, added some condiments to the spirit and made our own ‘moonshine’. So on New Year's Eve, 1965 we had a jolly party. There were biscuits too.

In the first week of January we got an inkling of possible repatriation. This information came from Squadron Leader Sikand who would chat up a safai karamchari at the prison who happened to be a Hindu. It was he who first told us about movement suggesting repatriation. We were then given a jersey and a pair of trousers each. But nothing happened. On January 22 we were blindfolded, taken I think to an Air Force aircraft, and were soon back home.

It was unbelievable. I had a breakfast of scrambled eggs, bacon, toast, coffee.

No I was not tortured. But the threats were there, the ‘no one knows you are alive we can do what we want.’

But it was the fear of the unknown, the uncertainty -- we had no idea where we were, where we were going, what they would do tomorrow. We were aware that anything could happen at any time. 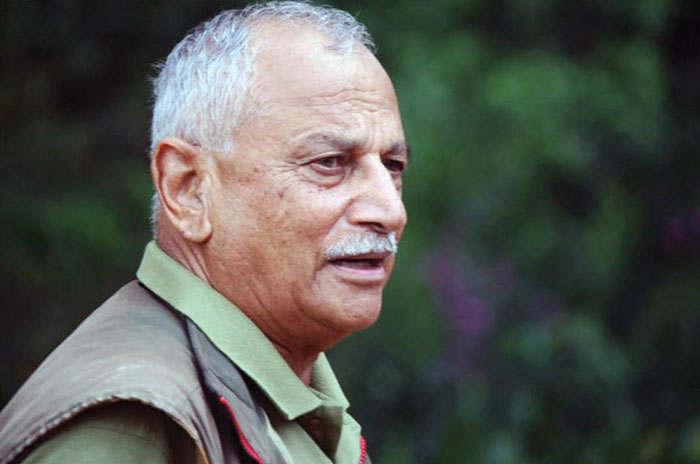