SRINAGAR: Former IAS officer-turned-politician, Shah Faesal on Sunday launched his own political part 'Jammu and Kashmir People's Movement' at a function in Rajbagh area of the Srinagar city.

Shah Feasel, while addressing hundreds of party workers here said that the main of launching his party if to give new plate-form for the youth of the Jammu and Kashmir.

Faesal said the he wanted to keep the politics in the state corruption free, clean and transparent.

While revealing his decision of not joining any regional party in the state he said because people of the state especially youth suggested him not to join those parties whose hands were drenched in blood.

“Before launching my party I spoke to all the political parties and every party encouraged me to join,” Faesal said.

“But people spoke out against it and said that if I joined hands with those whose “hands are drenched in blood, I will be banished for all times. I want to thank them for directing me in right decision”.

While addressing the rally which was attended mostly by the youth, Faesal said his party will work for the peaceful solution of the Kashmir Issue.

“As a mainstream party we can only facilitate peaceful resolution of Kashmir issue which ultimately has to come from New Delhi and Islamabad. We will focus on Central Asia and reopening of silk route”.

He also accused both India and Pakistan of playing politics at the cost of people’s lives who were living along the Line of Control and the international border.

He also said that some people accused him that his decision to launch a political party was a conspiracy of New Delhi.

“Yesterday these political parties were after me to join them & when I decided to launch my own party they accuse me of being New Delhi’s or RSS agent. Only time will decide it,”

Faisal said that their intention of launching the new Political party is to give plate-form for all religions and casts.

While addressing the participants, she said that their party wants to facilitate resolution of Kashmir dispute peacefully.

“We will facilitate resolution of Kashmir dispute peacefully. A major agenda will be to empower youth in educational institutes and create a movement where they can express their political dissent,”

Born in 1983, in Sogam village of Lolab Valley in frontier Kupwara district, Faesal is the eldest child of Shah Ghulam Rasool. His father Shah Ghulam Rasool was working as government teacher and was killed by militants.

Faesal came into limelight in the year 2010, when he topped the IAS exams and was the first person from the state to do so.

In January, this year he created a political story around the country when he resigned from the post to protest “unabated killings” in Kashmir and maginalisation of Indian Muslims.

Since resigning from the service, the former bureaucrat has been interacting with young achievers with an aim of getting them to support his initiative for "corruption-free, clean and transparent" politics in the state.

He had also launched a crowd funding campaign in January to support his initiative.

“Sahah shab has vision, his has will to do something for his people. We have hig hopes on him and we pray for his sucess,” said Kasir Nisar Khan, a student from North Kashmir’ Baramulla district.

Before launching his party Shah Faesal on Sunday releases part’s vision document. One of the main objected of the part is that they shall pursue peaceful resolution of the Kashmir problem as per the “will and aspirations” of the people of Jammu and Kashmir State.

The state will undergo for Lok Sabha polls from April 11 in 7 phases. The regional parties have geared-up for the elections. 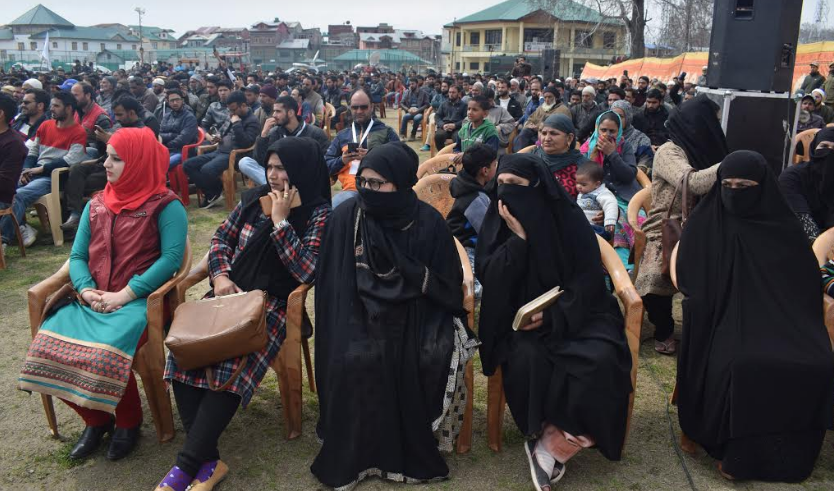 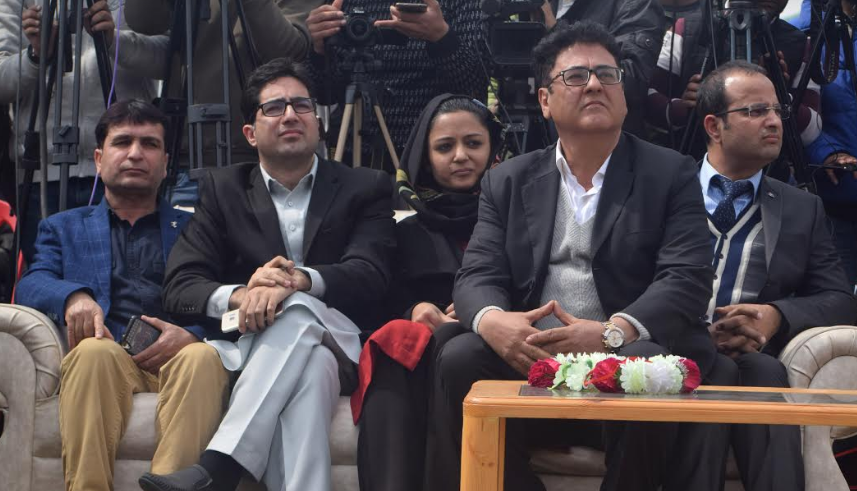 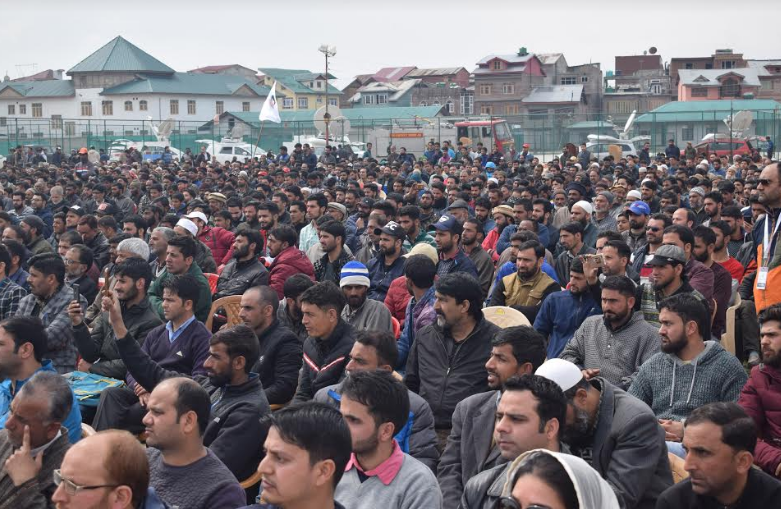 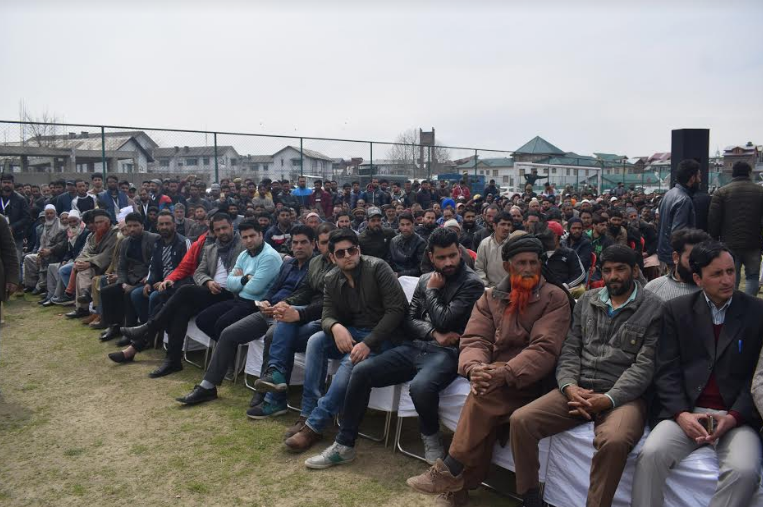 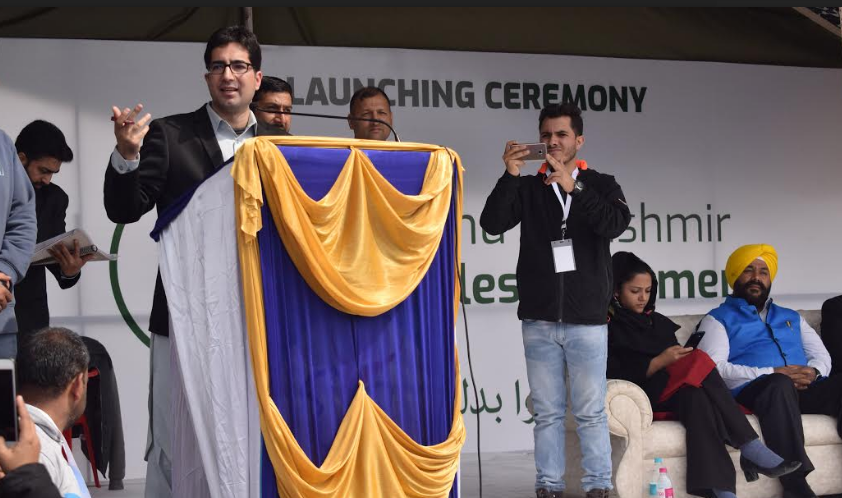 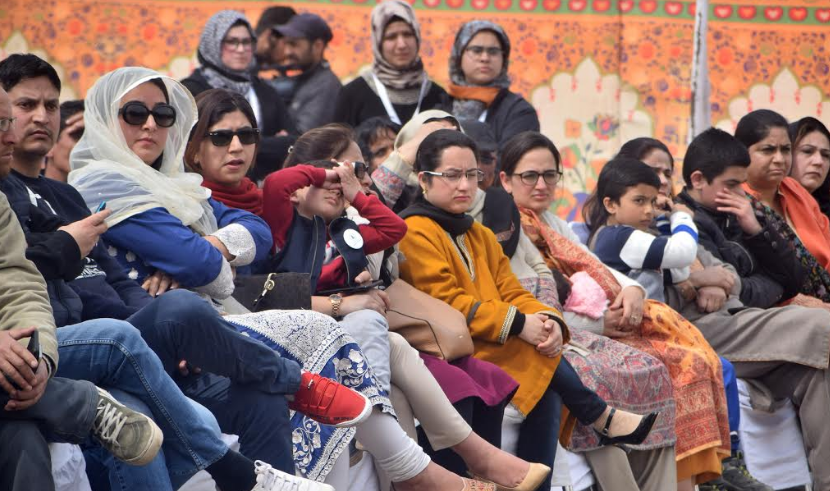 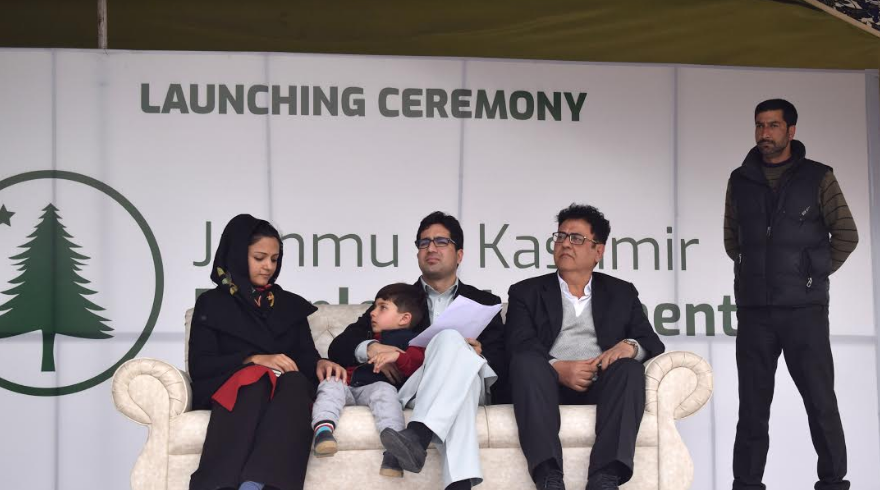