Why Are Your Spirits So Low, Asks Mufti in Anantnag

ANANTNAG: When the Peoples Democratic Party chief Mehbooba Mufti stood to address a party convention earlier this week in her party’s former bastion of south Kashmir, there was visible gloom on her face.

Barring few dozen workers, the convention was sparsely attended. Even the old PDP loyalists, party insiders said, ‘refused’ to turn up at the venue in Anantnag district.

“Why are your spirits so low? Why can’t I see the enthusiasm in my workers?” she asked. “Have you forgotten what I did for you? My father entered into alliance with BJP for resolution of your problems. Why are you not able to understand his decision? He was not power hungry. He wanted to end the turmoil in Kashmir.”

The party is finding it difficult to wash away the ‘taint’ of having allied with the Hindu rightwing party. In Anantnag town, and elsewhere, the coalition is being blamed for all that is wrong in today’s Kashmir. And the enthusiasm and festivity of election seems to have been silenced by the pellet guns that were liberally used against protesters since the 2016 Burhan Wani episode.

There is lack of interest among the electorate. Some people even take offence when asked about the election. The only sign of upcoming polls in this south Kashmir town, which was won in previous assembly polls by PDP founder Mufti Sayeed, are few buntings put up by the BJP on Dak Bungalow, a garrisoned government building, and its adjoining area in the highly secured civil lines area.

“This is the gift of PDP,” Abdul Hamid, a farmer from Damhal Hanjipora area, said, pointing to the buntings put up by the BJP, “If they (PDP) would not have allied with the BJP, it was impossible for the Hindu rightwing party to put up posters here. Today it is a reality.”

The election to Anantnag constituency will be held in three phases on April 23, April 29 and May 6. Amid fears of widespread protests and violence, the election commission has reduced the polling time from 7 am to 4 pm.

In the 2014 state assembly polls, the PDP managed to bag 11 seats out of 16 assembly segments from the four districts of south Kashmir which constitute the Anantnag parliamentary constituency. It lost with a narrow margin on Pahalgam and Kulgam seats. 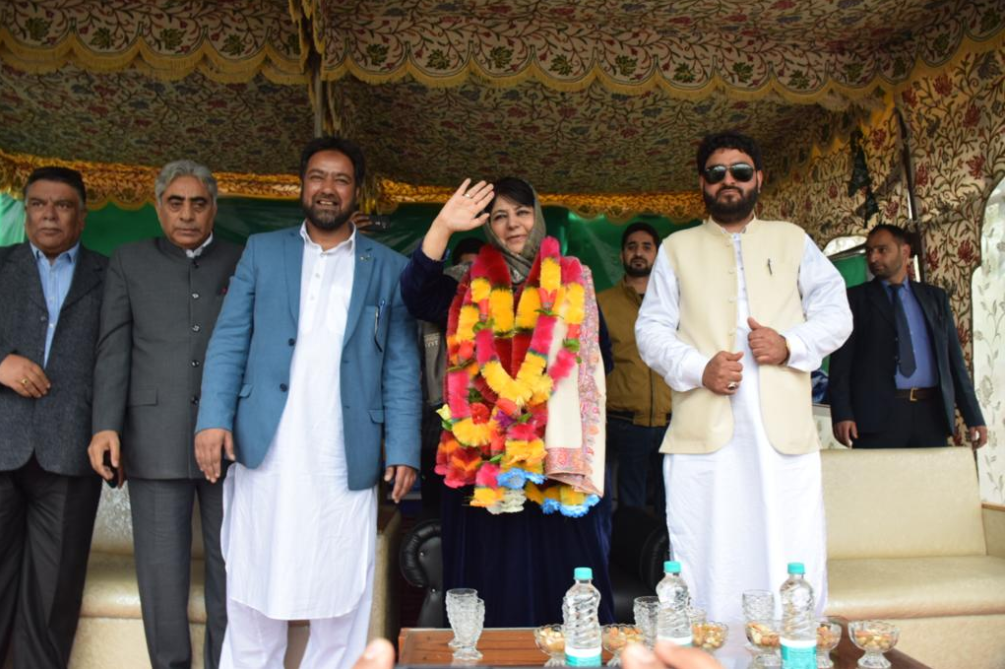 The seat was won by Mehbooba in 2014 but the demise of her father brought her back to state politics. After the Burhan encounter, the by-polls could not be held due to security concerns.

Today, the alliance of the PDP with the Hindu rightwing party seems to be the playing on the minds of voters. The south Kashmir area paid a heavy price with maximum civilian and militant killings that occurred in past three years, reported from this volatile region.

“We voted in 2014 to keep the BJP away from Kashmir but the PDP went on to form the alliance with the same party. Who will guarantee that those who are opposing the BJP’s policies today will not end in its lap after the election results are announced,” an activist of the recently banned Jamaat-e-Islami said, wishing anonymity.

The PDP enjoyed widespread support of Jamaat during previous assembly and parliamentary polls. Jamaat had to face the heat for covertly supporting the PDP. But the recent crackdown following the home ministry’s ban is going to take back the Jamaat support from PDP.

“At least three boys were killed in Botengoo and the adjoining village under the PDP government. Do you think Jamaatis are fools that they will support the party again?” visibly peeved Ghulam Nabi, a resident of Botengoo and a former government employee, said

Amid volatile security situation and the ongoing crackdown on separatists, the election-related activities are also at their lowest ebb. Poll campaigning has been restricted to the rural areas of the constituency including Kokernag, Shangus, Dooru and Pahalgam where Congress has an edge over PDP and NC, which has fielded former judge Hasnain Masoodi in the constituency.

Last week, the Congress’s state chief G A Mir, who is also in the polling fray, organised a road show in the interiors of Anantnag town.

“There were barely eight vehicles and some half dozen motorcycles. He (Mir) didn’t address people or anything. The cavalcade didn’t even stop and left the town in a huff,” Abdul Rashid, a resident of Lal Chowk in Anantnag town, said.

While the interiors of urban area of the constituency are simmering with rage and political pundits are predicting a boycott of the polls, the situation is not any better in rural belt, especially because of the bloodshed in the last three years.

“There is not a single place in Anantnag constituency which has not been directly or indirectly affected by bloodshed since 2016. Mehbooba may shed tears to regain credibility but people have not forgiven her. They have not forgotten her ‘milk and toffee’ remark,” state Congress chief Mir said. 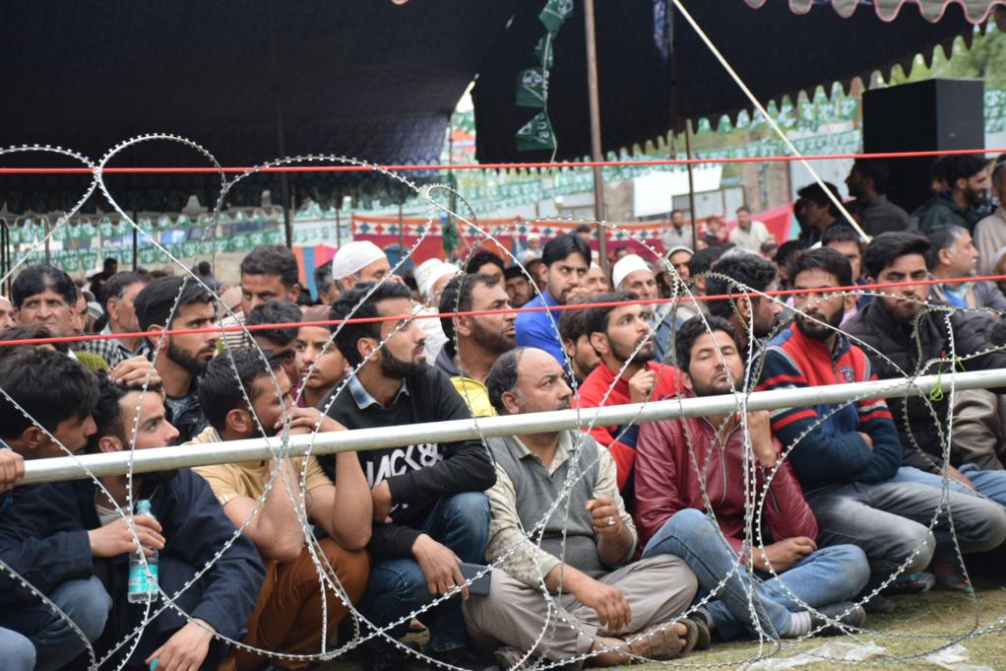