KULGAM: It is known as bastion of Jama’at-e-Islami, a socio-political and religious group which was recently banned by Ministry of Home Affairs; the district is a stronghold of Communist leader Yusuf Tarigami; and it is also a hub of Kashmir’s new-age of militancy for last few years now.

Kulgam is spread over four Assembly segments viz Noorabad, Homshalibugh, Devsar and Kulgam. On 29 April, this volatile district witnessed only 10 percent voter turnout in the second leg of the three-phased elections for Anantnag parliamentary constituency.

In Devsar, some 80 Km from summer capital Srinagar, a middle-aged traditional supporter of the Communist Party of India (Marxist) invoked God to justify his decision to boycott the elections this time around.

“Kulgam was a stronghold of CPI(M). I have been a traditional voter of the party. But now we are burying our 16-year-old boys since July 2016. How will we cast votes? How will we answer Almighty Allah on the day of judgment?”, he said.

He did shower little praise on Yusuf Tarigami, former MLA from Kulgam, but said things have changed drastically in last three years, especially after the PDP forged a partnership with the Hindu nationalist BJP in early 2015.

In nearby Tulinopora in Quimoh, an area considered stronghold of the JeI, 57-year-old Ghulam Ahmad Wagay complained that “MLAs do not care about the welfare of the common people.”

Previously a supporter of the National Conference, Wagay did not cast his vote on 29 April.

“Yes, I have been voting for the NC in previous elections. Not anymore. No one cares about our welfare. There is no development, no jobs. Only bloodshed,” he said.

A possible generational shift was visible.

Older people were still considering voting as an option in the upcoming Assembly elections for “bijli, sadak and paani” (electricity, roads and drinking water), but the young Kashmiris were blunt in saying they would boycott all elections.

Shabir Ahmad, 45, in Homshalibugh said “we want the Kashmir dispute to be resolved. I won’t cast my vote till the dispute gets resolved.”

Another young man in his late twenties said “I boycotted the polls. And you know why. You know what is happening in Kashmir. We have lost hundreds of our brothers to bullets and pellets. Many have lost their eyesight. Human rights of Kashmiris are abused every single day.”

In areas like Redwani and Khudwani where some local militants are still active, small groups of young boys were holding stones and lathis in their hands and checking fingers of pedestrians, including members of the media fraternity.

There was lot of chaos on the roads. Many streets were deserted, others occupied by armed forces personnel or young boys with stones in their hands.

At Kulgam town’s famous clock tower it seemed as if it was a battlefield. All shops closed, shutters down, and hardly any civilian on the main road. The gun-wielding paramilitary personnel were manning the streets.

“No one seems interested in casting votes. This is incredible,” said a CRPF trooper from Bihar.

Voting in Kulgam district began as early as 7 am and by 1 pm, the turnout in Homshalibugh and Kulgam was less than one percent.

By 4 pm, the election officials said the average voter turnout in all four Assembly segments was 10.3 percent, the main town of Kulgam recorded just 1.5% and nearby Homeshalibugh just 0.9 %.

“The overall percentage recorded in the district was 10.3% with the highest turnout registered in the Noorabad Assembly segment at 20.58%. Votes polled stood at 35,524 out of 3.5 lakh voters,” said Chief Electoral Officer (CEO), J&K, Shailendra Kumar in Srinagar.

Kulgam has been a hotbed of militancy and counter-militancy operations since July 2016, especially after the killing of young Hizb commander Burhan Wani.

Others like Mehbooba Mufti of the PDP said “no one can abrogate Article 370 and Article 35-A” and if anybody does, “the relationship between Srinagar and Delhi is over.”

Even after this narrative, majority of the voters decided against visiting polling stations to cast their vote.

Imran Nabi Dar, provincial spokesperson of NC, said the PDP-BJP coalition government has “inflicted a lot of damage” and it seems “mainstream politics is struggling to convince people.”

A postgraduate student of business administration in Kulgam said that “with pellet-firing shotguns the previous government blinded our youth. And they expect us to vote for them. How shameless is this?” 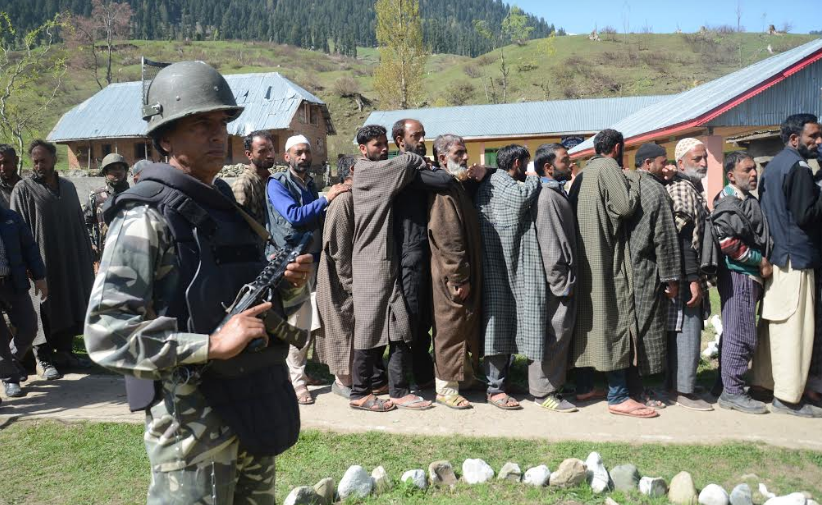 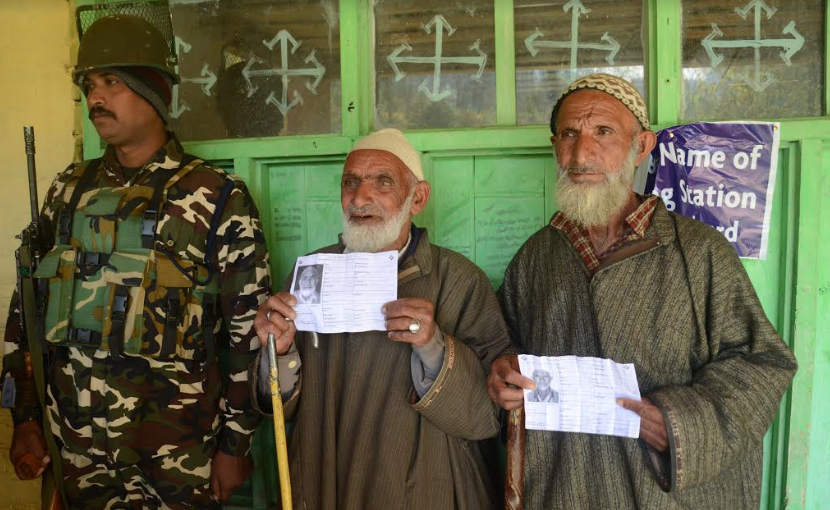 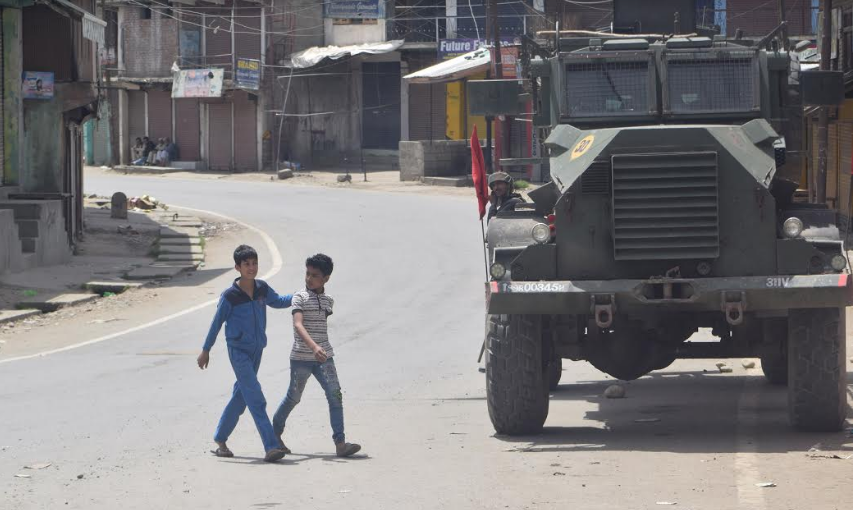 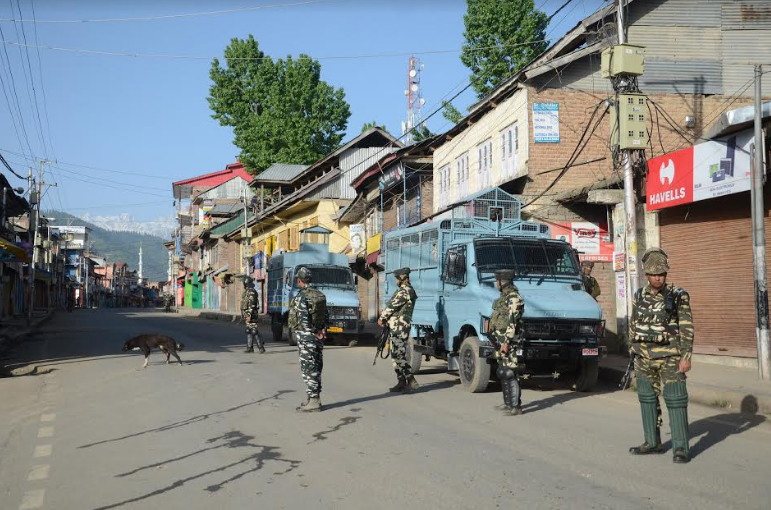 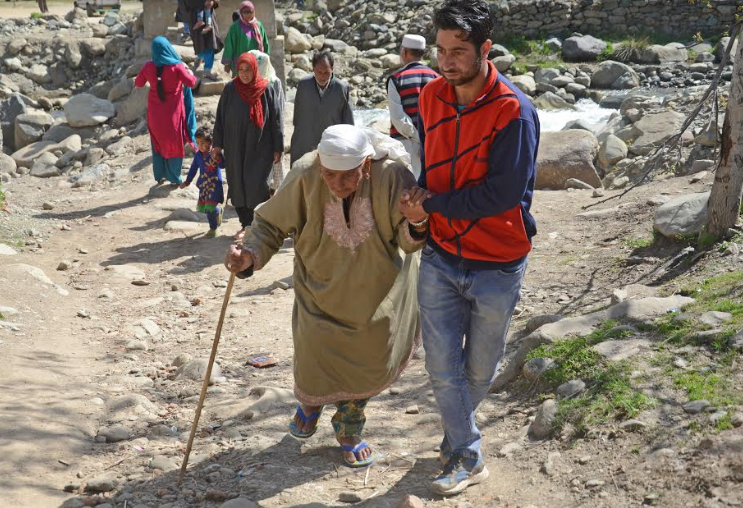 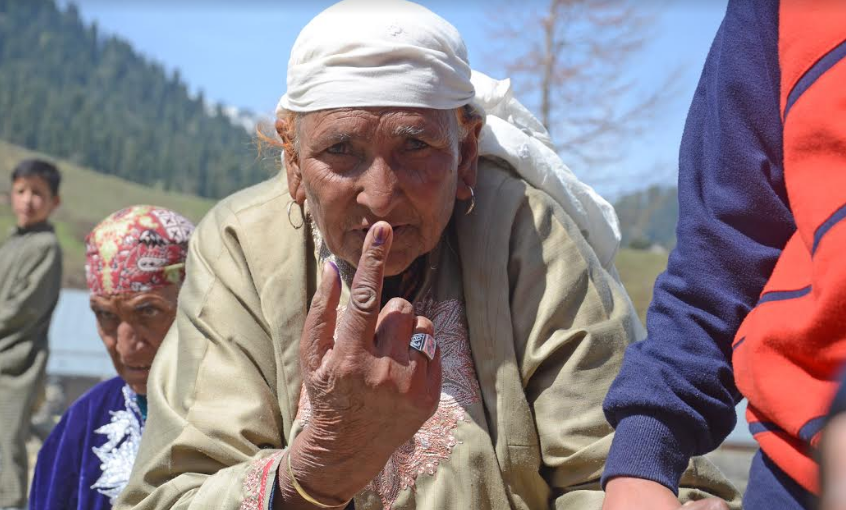 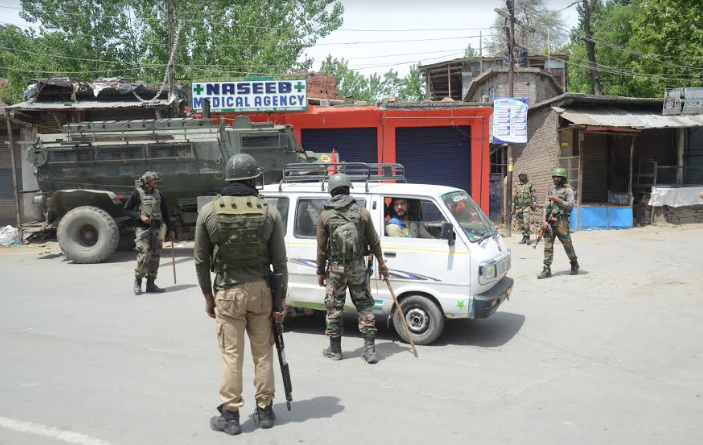 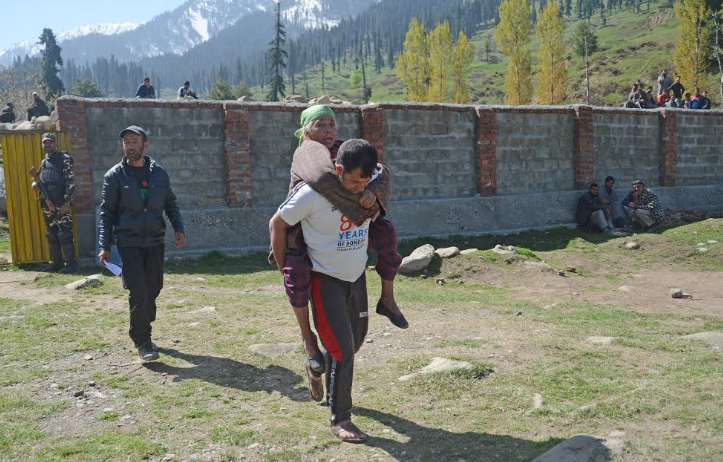 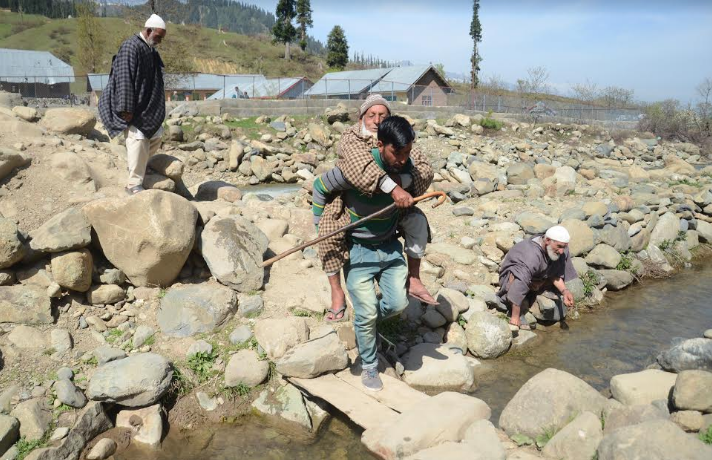 Gruesome Rape of Dalit Girl Spotlights UP Lawlessness 21 hours ago

Time to Recast the Indus Water Treaty 21 hours ago

What Punjab–Haryana Farmers Have Set in Motion 22 hours ago

Glimpse of an Addict’s Phone Screen 22 hours ago