NEW DELHI: As Indian police overcame a group of gunmen dressed in military fatigues in Gurdaspur, Punjab on Monday following a 12 hour battle in which at least nine people were killed -- social media was witness to a pitched battle that pitted India against Pakistan.

Several social media commentators hit out at Pakistan, accusing the neighbouring country of having a hand to play in the attack.

Pakistan’s suspected role was also widely covered by the media.

Pakistanis, in turn, rubbished the claim, with #ModiAttacksGurdaspur trending in Pakistan 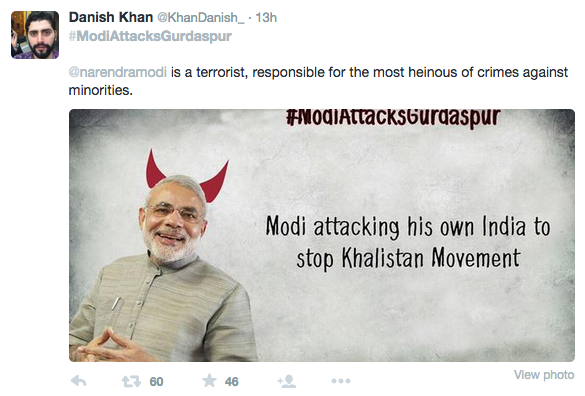 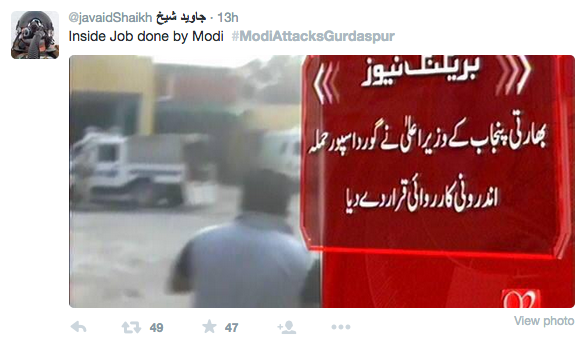 “This high level of double point fencing and security, with mine fields, vibration and movement sensors. BSF troops 24×7, night lighting on the J&K – Indian border which is visible from Space station, CCTvs and what not; and still saying infiltrators sneaked in?? joking is it ?? or taking bribes to let this happen???” a Pakistani user posted on defence.pk/forums.

Indians were not pleased.

The incident led to many advocating against friendly ties with Pakistan. The BCCI even appeared to rule out the resumption of Indo-Pak cricketing ties in the wake of the attack.

The attack comes as relations between India and Pakistan take a dip, with cross border firing claiming lives on both sides of the border.

The upswing in tensions follows what seemed to be a conciliatory move as Indian Prime Minister Narendra Modi accepted -- for the first time -- an invitation by his Pakistani counterpart Nawaz Sharif to visit Pakistan.

However, the first sign that the situation was changing came when Pakistan’s former National Security Adviser Major-General (Retd.) Mahmud Durrani met with NSA Ajit Doval and Foreign Secretary S. Jaishankar in March. The Citizen had the reported that the meeting could be an attempt at resuming back channel diplomacy.

Although diplomacy seems to have made a headway, incidents like Gurdaspur will go a long way in adversely affecting relations between the two countries.