SRINAGAR: Braving rains, thousands of people, including women, participated in the funeral procession of Zahid Ahmad Bhat, a victim of Udhampur attack who succumbed to injuries at New Delhi's Safdarjung hospital yesterday.

Curfew-like restrictions have been imposed in parts of Kashmir Valley, including the capital Srinagar, to prevent protests over Zahid's murder by suspected right-wing activists who attacked a stationary truck in Udhampur's Shakti Nagar with petrol bombs on October 9. 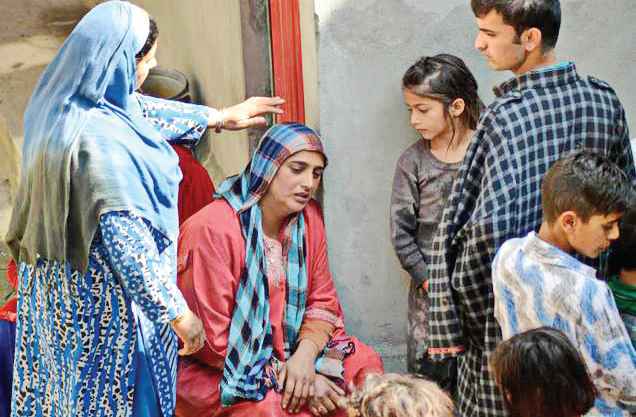 The Udhampur district in Hindu-majority Jammu region was observing shutdown on the fateful day over the discovery of three cow carcasses in Chenani village which had sparked communal tensions in the region.

However, according to doctors, the cows had died due to poisoning.

Zahid, 20, a resident of Botengo village in south Kashmir, was critically injured in the attack along with Showkat Ahmad, the driver of the truck. The state government had airlifted them to Safdarjung hospital where the former was admitted with 74 percent burn injuries. 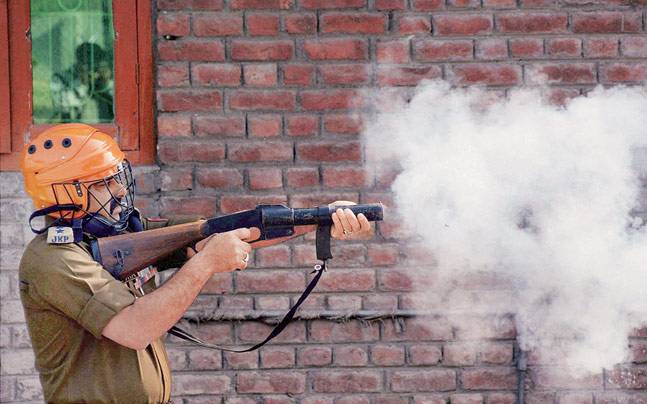 After initial signs of recovery, Zahid's condition worsened on Saturday and the doctors had shifted him to ICU where he died on Sunday morning. His body was airlifted in a state-owned plane and the coffin was received at the Srinagar airport by the ruling, PDP president, Mehbooba Mufti, and the state's finance minister, Haseeb Drabu, and the law minister, Basharat Bukhari on Sunday evening.

Condemning the killing, J&K chief minister Mufti Mohammad Sayeed said the "politics of hate and intolerance" poses "grave challenge" to India's plurality. “I have no words to condemn the dastardly act which consumed the life of a poor and innocent young boy for no fault of his,” he said.

The entire incident was recorded on CCTV and two attackers were arrested immediately by the policemen deployed on patrolling duty. According to District Magistrate, Udhampur, Shahid Iqbal Chaudhary, five persons involved in the attack have been booked under Public Safety Act.

"After the reports received by the police regarding the death of one person namely Zahid Ahmed S/O Ghulam Rasool R/O Anantnag the case will now be investigated and tried under section 302 for murder," an official handout said Sunday.

The news of Zahid's death, which comes close on the heels of the Prime Minister Narendra Modi's scheduled visit to the state, has been met with grief and anger in Kashmir Valley where tension is brewing over rising incidents of communal violence by right-wing activists after the PDP-BJP coalition government came into office.

The separatists as well as the trade bodies have called for protests and shutdown today against Zahid's murder while the authorities have responded by putting separatist leaders under house arrest and imposing curfew-like restrictions in capital Srinagar, several towns, including Anantnag, as well as the native village of the slain youth.

The situation remains tense in the Valley with the rains spoiling the calls of protests by separatists and trade bodies. Reports said all shops, other business establishments and educational institutes are closed in various parts of Kashmir Valley where barbed wires have been placed on roads and police are checking the identity papers of pedestrians.

However, protests erupted in the native Botengu village after Zahid's funeral which later spilled over to areas adjoining the village, bringing the movement of vehicles on Anantnag-Bijbehara highway to a halt. Clashes were going on in the area at the time of filing this report.