In Pictures: Kashmiris Remember Their Missing

SRINAGAR: The venue for the protest on International Human Right Day is shifted from the usual Pratap Park in Srinagar– as it is getting a face lift---to inside the Press Enclave, The families fighting for justice, some for decades now, spread a yellow polythene sheath on a rain-washed street inside Press Enclave to hold their demonstration.

The face of the protest, Parveena Ahangar, is inconsolable—so are the mothers from Lolab, Baramulla, Islamabad, Srinagar, Pulwama, Ganderbal…

The chill is intense, making them shiver. But, nobody is moving. The faint din of sorrowful conversations is punctuated by small bouts of sobs and occasional screams.

At least 8,000 Kashmiris have been reported. The young APDP volunteer standing on the side concedes with a sigh that the association might have to add three more families to their painstakingly documented list.

The young officer concedes with a sigh that the association may have to add another three families in their list.

The three Kupwara men—Ghulam Jeelani Khatana (42), Mir Hussain Khatana (45) and Ali Muhammad Sheikh (40)—are missing since November 17 last month. Their missing date coincided with the day when army claimed to have killed militants in aKupwara encounter. These missing men had left their home to work as porters with army. “I fear,” the officer says, “we may have to add another three families in our list.”

Photographer Basit Zargar took the following pictures of the protest: 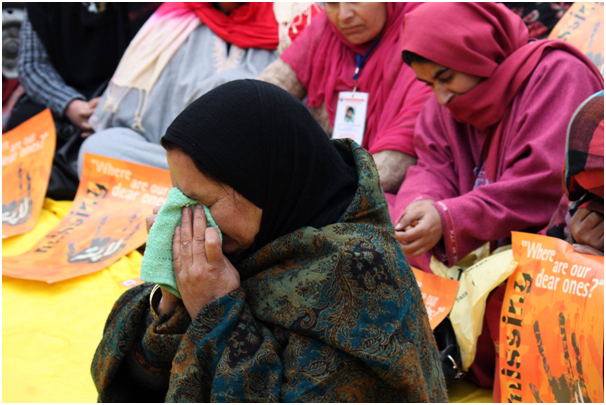 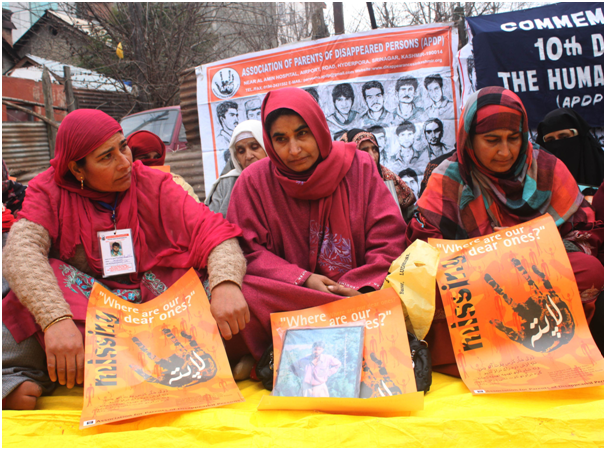 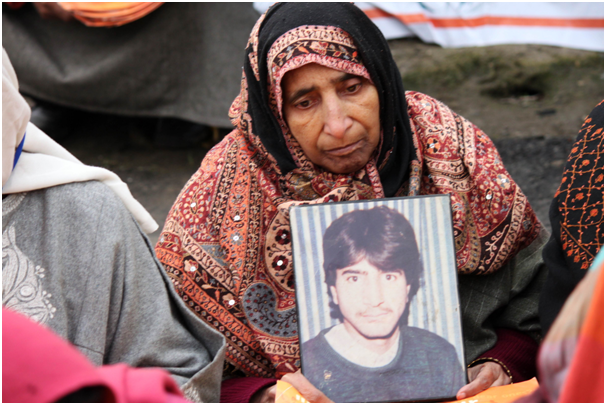 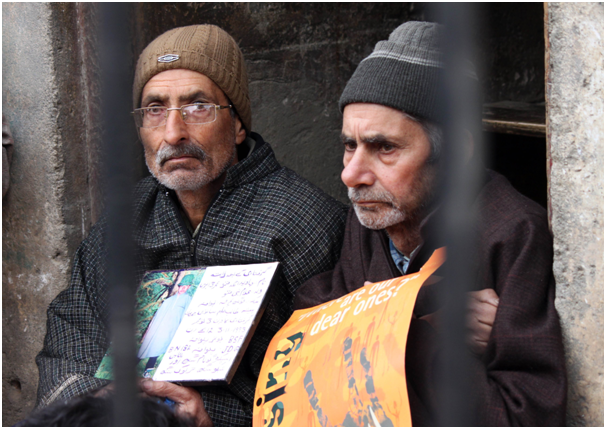