SRINAGAR: As the operation against militants holed up in a government building in Sempora of south Kashmir dragged into the third day on Monday, a group of protesters from the saffron town of Pampore tried to march towards the site of the deadly encounter barely few kilometres away.

Police sources said pitched battles are going on in Pampore town, which is some five km away from Sempora, after the government forces thwarted attempts by agitated youths of adjoining areas to march towards the site of encounter and help the militants in making an escape route.

This is for the second time in a fortnight that civilians have openly come out in support of militants in Kashmir. Last week in Pulwama district, similar scenes were witnessed when locals tried to divert the attention of forces engaged in an encounter with militants, resulting in the killing of two civilians.

The siege in Sempora continued on Monday with the militants holed up in JKEDI building giving stiff resistance to forces who struggled to take control of the operation. The Army had to face fresh casualties on Sunday afternoon when a captain-ranked officer, Tushar Mahajan, a resident of Udhampur in J&K, and Lance Naik Om Prakash, took a volley of bullets while trying to storm the building.

Both of them were rushed to Army hospital in Srinagar where they were declared brought dead, taking the toll of forces' casualties to five, including two CRPF personnel and another Army captain, Pawan Kumar, of the elite Para forces.

A civilian, Abdul Gani Mir, who worked as a gardner at the Entrepreneurship Development Institute where the siege is underway, was also killed in the initial exchange of gunfire on Saturday.

The Army is leading the operation from the front to neutralise the suspected militants, one of whom was confirmed as dead on Sunday. Three to five suspected militants are hiding in the multi-storied building with the forces engaged in a room-to-room mopping up operation.

Officials said intermittent exchange of fire resumed on Monday morning with the suspects, who have taken "advantageous" positions inside the building showing no sign of exhaustion, either in terms of physical strength or ammunition reserves. The forces have pressed UAVs into service to track their movement inside the premises.

"The militants have used their weapons tactically without exhausting their supply. It seems they have been trained to stretch the operation for a long time. But our forces have surrounded them from all sides. There is no way for them to escape," a senior police officer, who didn't want to be named, said.

On Monday, dozens of protesters indulged in heavy stone pelting as they tried to march towards the gunfight site. Officials said scores of protesters suffered pellet injuries in forces' action yesterday. An Army vehicle was also reportedly set ablaze by the protesters.

Witnesses said eight civilians were injured due to the pellet gun injuries who were rushed to a hospital in Pampore. Locals alleged that the forces entered into the localities and burst teargas shells which also shattered the windowpanes of several houses.

"Eight persons were injured in action by forces. Most of them had suffered pellet injuries while one of them was hit by a bullet in his leg. Their condition is stable," the police officer said.

The encounter started on late Saturday afternoon when two to five suspected militants opened fire on a convoy of CRPF on way from Jammu to Srinagar in Sempora locality on the national highway in south Kashmir.

Traffic has been closed on the Srinagar-Jammu highway which wore a deserted look on Monday as entire traffic was diverted to alternative routes passing along the other bank of the Jhelum river. 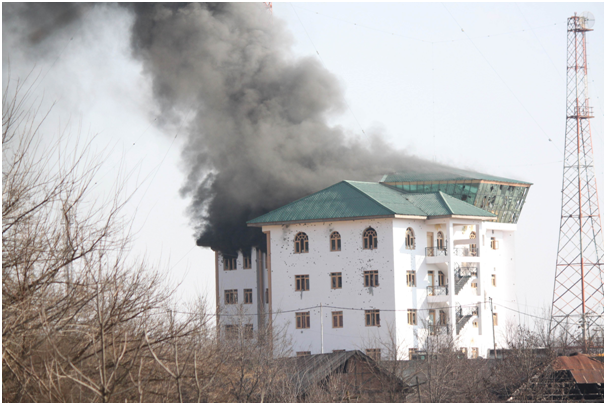 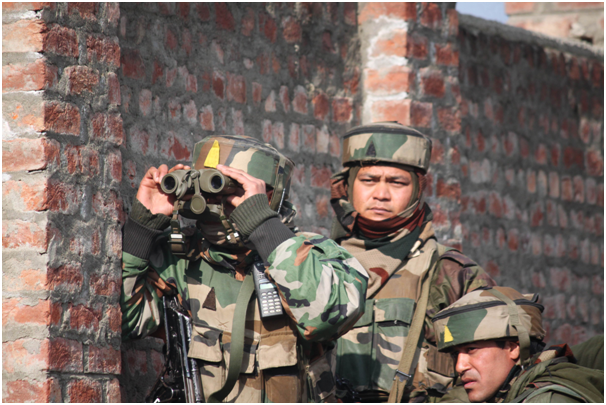 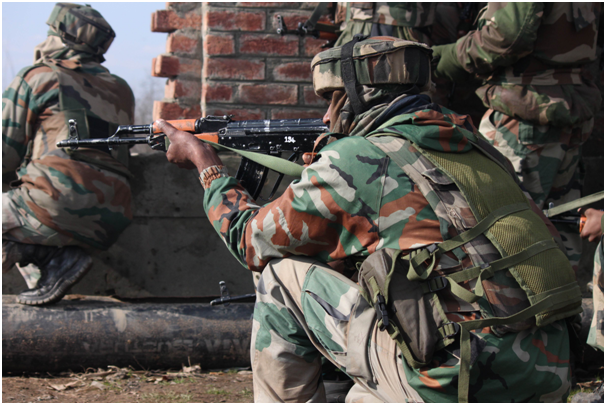 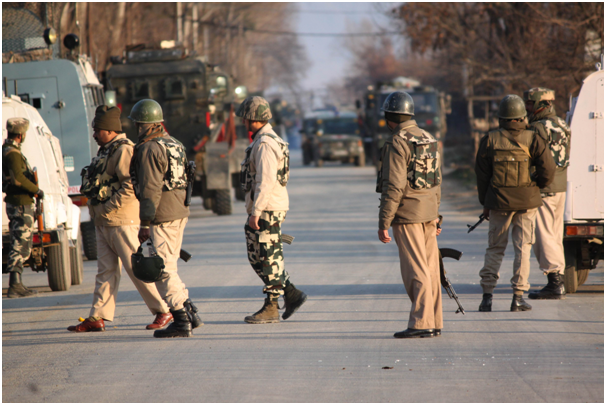 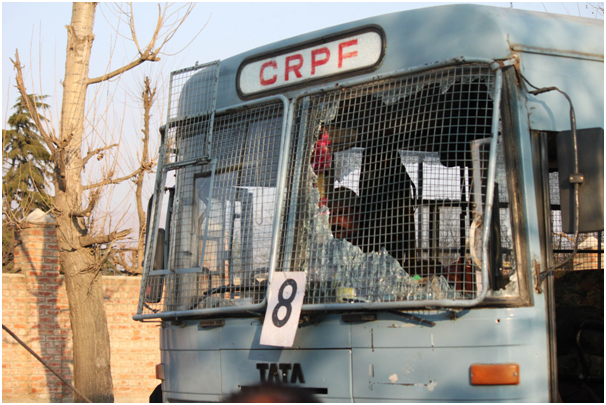