ANANTNAG: As the new passenger trains chugged off on Thursday, the mismanagement on part of the concerned authorities almost led to a stampede, making the inaugural run of the service a nightmarish experience for many.

The decision of the Northern Railways to allow public to board the train on the inaugural day meant that hundreds of people stormed the main gate of railway station and grappled to hop on the train. Even as policemen and railway personnel were deployed in good number, they failed to control the crowd.

Some female passengers shared the harrowing experience of being groped in the crowd.

Men and women were seen struggling to embark on the train. Some of them even exchanged blows to grab a seat. Even some cops were seen pushing people.

The new passenger train from Banihal to Baramulla at Harnag-Anantnag railway station flagged off by Chief Minister, Mehbooba Mufti was decorated like a proverbial bride, embellished with flowers and ribbons. However, the authorities seemed to have forgotten to keep the basic facility of toilet available on the train much to the inconvenience of the commuters.

Despite the wet weather forecast, officials had failed to make proper arrangements. While the tents were put up for limited gathering, the official ceremony was thrown open for one and all. As a result, when it started raining in the middle of the function, many people were forced to leave the venue to find shelter from the downpour.

Even the chief minister was forced to curtail her speech in the wake of rainfall. She tried to continue with her speech amid the rain but as soon as she realized that people were leaving the venue due to discomfort, she cut down on her speech.

Deputy Chief Minister Nirmal Singh was n a mood to speak his heart out, but the simultaneous broadcast of the same event from Delhi presided over by the Union Railway Minister, which was earlier muted on a TV screen in the lawn, proved to be spoiler.

Amid the chaos at the railway station, students who were lined up to greet the chief minister were at risk of falling off the platform. 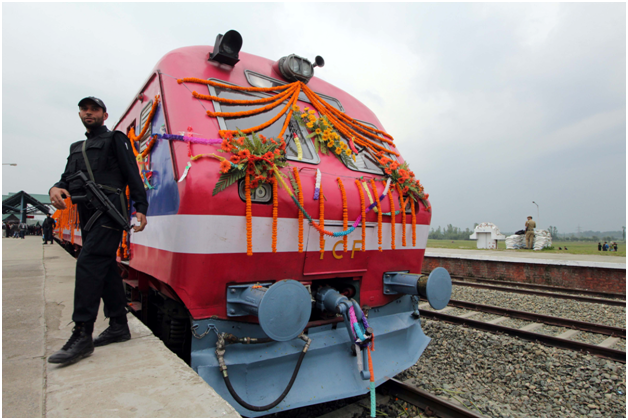 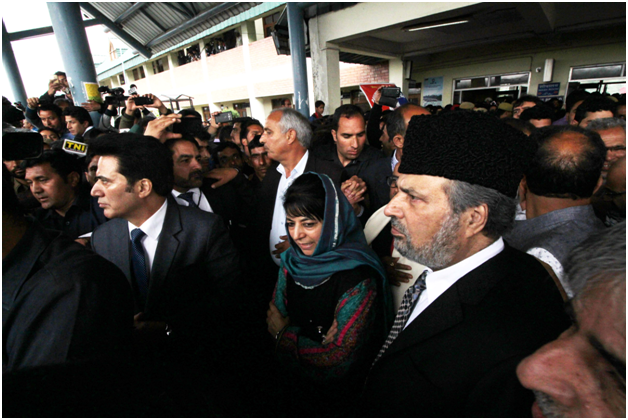