In Pictures: Kashmiri Pandits --and Muslims---Pay Homage to Deity at Tullamulla Shrine

The annual festival of Mata Kheer Bhawani, the name used by local Pandits for goddess Ragnya, is celebrated each year on this day. Despite their exodus from Kashmir Valley in the beginning of 1990s due to separatist violence, members of the Pandit community have not given up their practice of visiting the temple.

Around 13,000 migrant Pandits, including men, women and children, gathered at the shrine by midday Sunday to offer 'Kheer' (rice pudding) and flowers to propitiate the goddess.

Keeping the centuries old tradition alive, Muslims living in the town came to greet the devotees.

Some Muslims also offered milk to the devotees which was received with love and reverence by members of the Pandit community.

Jammu and Kashmir Chief Minister Mehbooba Mufti also visited the shrine in the morning. Mufti was accompanied by Professor Amitabh Mattoo, advisor to the chief minister with a cabinet minister's status.

According to Hindu mythology, Goddess Ragnya appeared before Ravana after she was pleased with his devotion. Ravana had an idol of the goddess installed in Sri Lanka, but angered by his licentious way of life, the goddess ordered Hanuman to shift her seat to Kashmir.

Authorities had made adequate security arrangements to secure the passage of the devotees to the shrine.

Scores of police and paramilitary troopers lined up the 24-km route from Srinagar city to Tullamulla town. 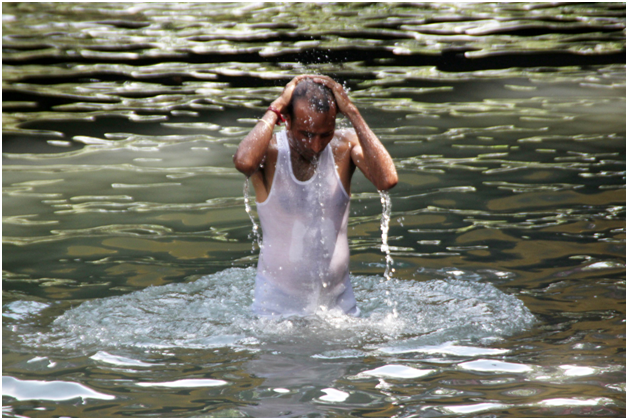 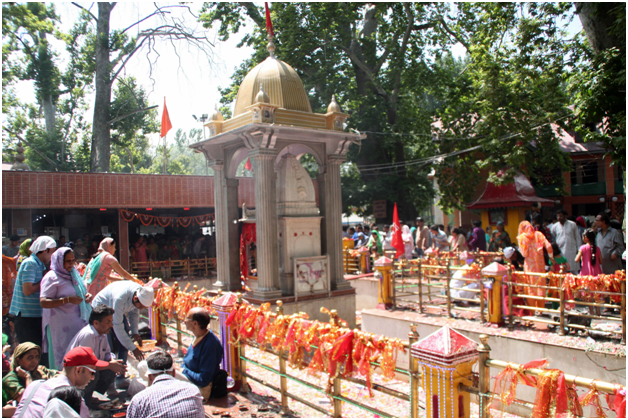 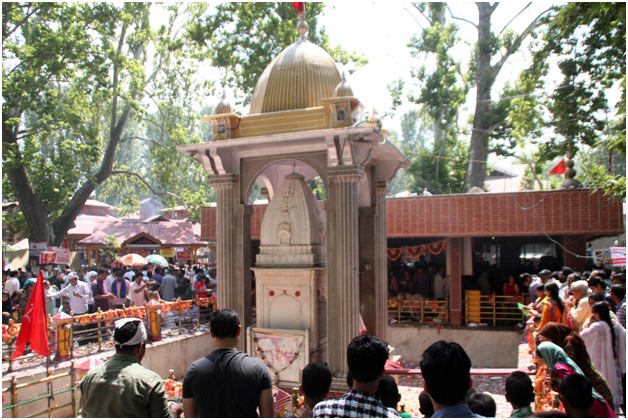 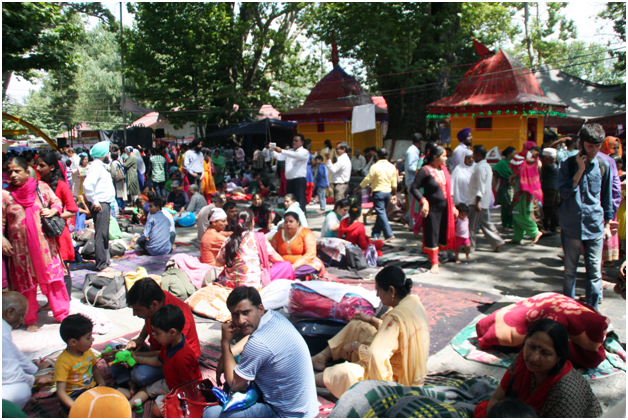 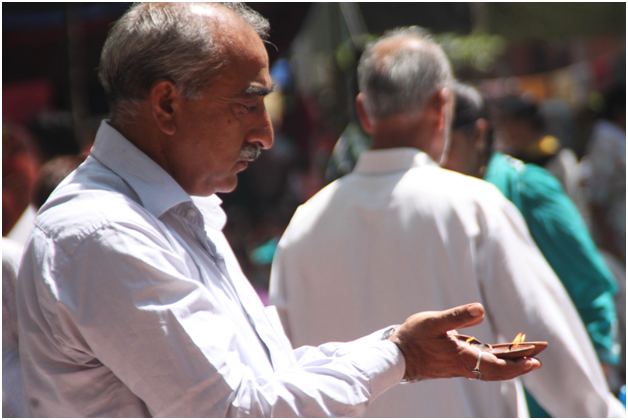 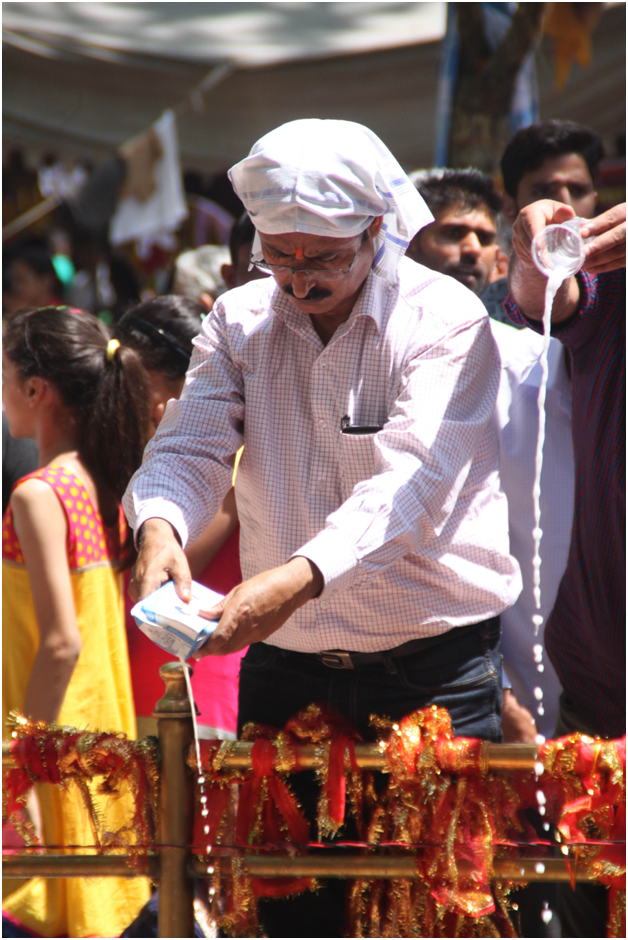