SRINAGAR: Security has been beefed up in the summer capital Srinagar of Jammu and Kashmir after a deadly attack on a convoy of forces moving along the strategic National Highway 1A Saturday left eight CRPF personnel dead while 22 others were wounded.

According to reports, police and paramilitary troopers have set up barricades at important intersections as well as the arterial roads meandering out of the summer capital where vehicles are being stopped and frisking is conducted.

"This is standard operating procedure. We don't want to take any chances, given that the tourism season is at its peak. Increasing presence on the streets is a message to the disruptive forces that their nefarious designs will not be allowed to succeed," a senior J&K Police officer said. 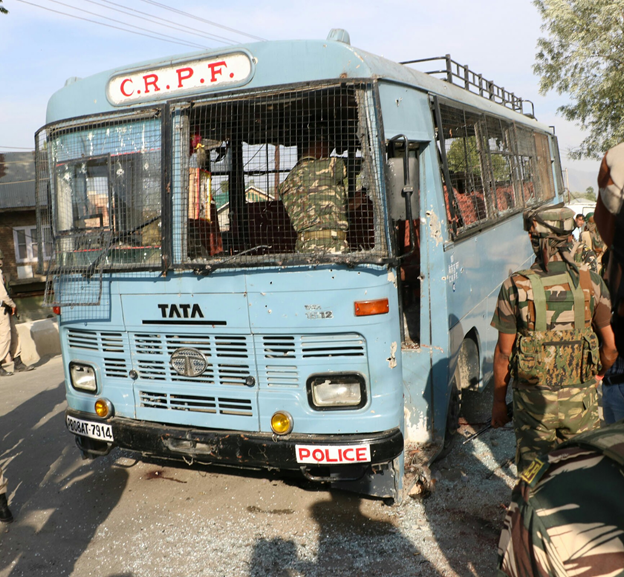 The security grid in the volatile state has been jolted by Saturday's fidayeen attack, claimed by Pakistan based Lashkar-e-Toiba outfit, whose two militants, reportedly travelling in a car, rained bullets on a CRPF bus on way to Srinagar from Pampore near Frestbal locality.

The site of the attack is barely some kilometres away from a similar deadly attack on Jammu Kashmir Entrepreneurship Development Institute (JKEDI) which killed two captains of the Army's elite Para unit among others.

Inspector General of CRPF, Nalin Prabhat, said the suspected militants tried to storm the bus carrying the paramilitary troopers from a training exercise but they were shot dead by another team of forces which was part of the convoy of six vehicles. 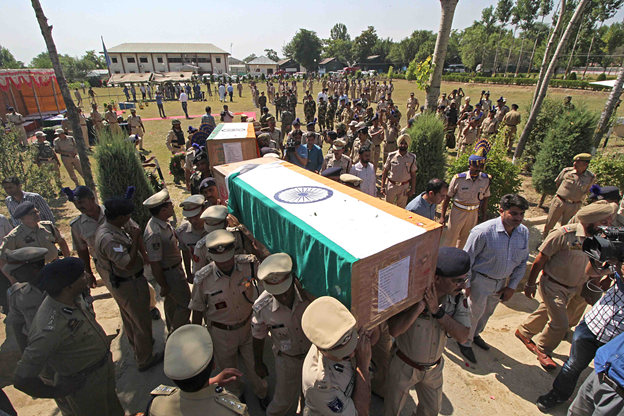 "Two militants have been killed whose identity has not been ascertained so far," Prabhat said.

The Frestbal attack is the fourth strike in three weeks targeting security personnel in Kashmir Valley where security forces have recorded an alarming rise in infiltration across the Line of Control and militants have recently warned of heightening attacks on security forces. 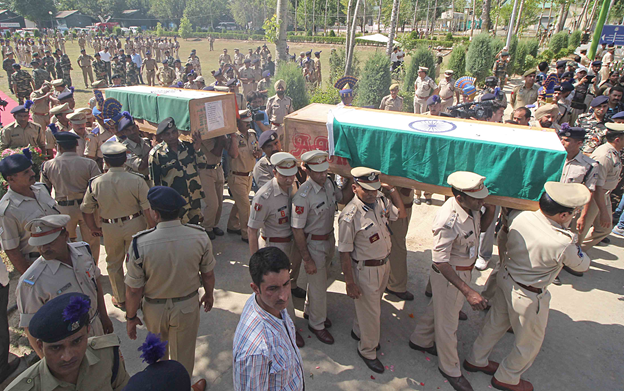 The two suspects killed in the Frestbal attack are also believed to be foreigners. The attack is the deadliest after June 24, 2013, attack on Army personnel at Hyderpora in Srinagar in which nine army men were killed.

On June 3, suspected militants fired at a bus carrying BSF personnel in Bijbehara locality of south Kashmir, killing two of them. On the next day, militants gunned down three policemen at general bus stand Anantnag. The attack was followed by similar targeted killing of cops in Srinagar. 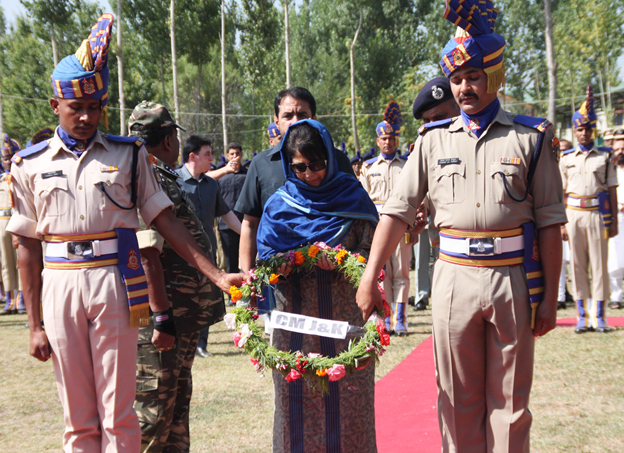 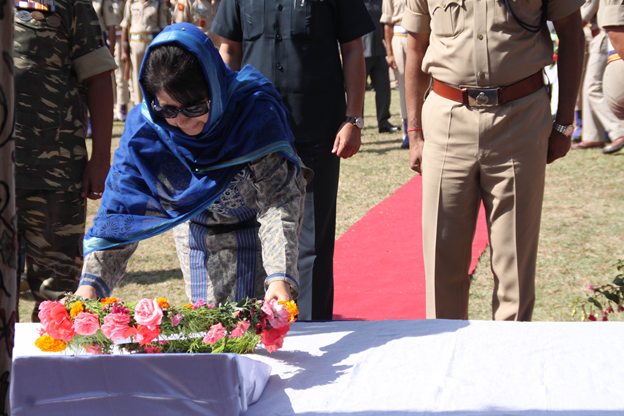 Chief minister Mehbooba Mufti, who attended the wreath laying ceremony for the slain CRPF jawans in Srinagar on Sunday, condemned the militant attack. “The only purpose of such blood-spattered acts of violence is to add to the tragedies and miseries of the people and subvert the Government’s efforts aimed at bringing permanent peace and prosperity to Jammu and Kashmir,” Mehbooba said. 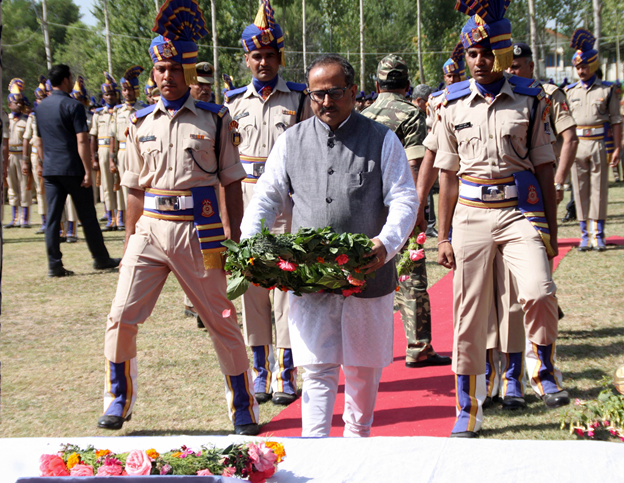