Kashmir Does Not Calm Down, More Firing, More Protests

SRINAGAR: Kashmir remains on the boil in the aftermath of Hizb commander Burhan Wani's killing as a civilian protester was killed in fresh firing incident yesterday and another succumbed today morning. 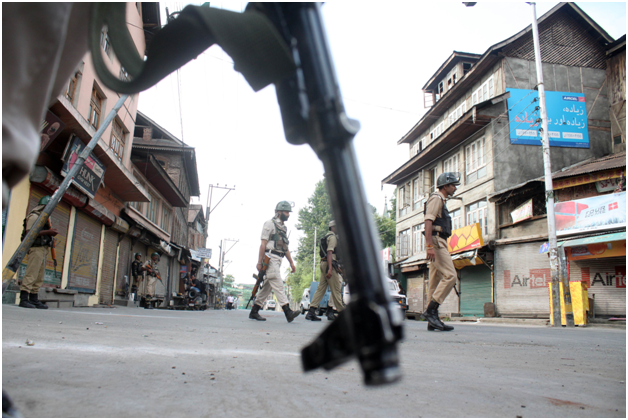 Curfew remains imposed in parts of the Valley on the fourth consecutive day while mobile internet service has been withdrawn after civilian unrest broke out against the Hizb commander's death.

After the violence spread, authorities extended ban on cellular network in south Kashmir to north Kashmir's Kupwara district where a civilian protester was shot dead on Tuesday, allegedly by police personnel, causing a complete communication breakdown.

Sources said the deceased identified as Arshad Ahmad, of Kupwara, was killed when a police team opened fire at a group of protesters outside police station in Kralpora. According to officials, 14 protesters were wounded in the firing incident.

"A mob attacked the police station and set on fire a police vehicle in which police men got trapped. While dealing with the incident one person was injured who later on succumbed to his injuries," a police spokesperson said in a statement.

In another incident, Javed Ahmad, who was injured on Monday when security forces opened fire at a protest in Koimoh area of Kulgam district, succumbed this morning at SKIMS hospital, taking the toll of deceased to 35.

There has been an unprecedented wave of attacks by protesters on security camps and police stations during the fresh civilian unrest with at least three police installations targeted on Tuesdaywhile the wife and daughter of a Jammu and Kashmir Police's sub-inspector was allegedly manhandled by protesters in south Kashmir.

In a video statement, J&K Chief Minister Mehbooba Mufti yesterday again made a passionate appeal to the parents not to let their children participate in protests while regretting the loss of lives. She also said that accountability will be fixed for "excessive use of force".

According to doctors at SMHS hospital and SKIMS, the only two tertiary care hospitals which are the last resort for patients with life-threatening injuries, all the patients who have succumbed over the last four days at these facilities had fatal injuries in upper portion of their bodies.

Former union minister and senior J&K Congress leader, Saif-ud-Din Soz yesterday said there has been violation of Standard Operating Procedure by security forces handling the protests, which must be investigated and accountability fixed.

“The state administration would be well-advised to satisfy itself fully on observance of SOP and see why the lethal weapons could not be avoided ..... SOPs have been flagrantly violated,” he said In a statement.