SRINAGAR: Union home minister Rajnath Singh arrived on Saturday in the troubled Valley to take stock of the situation, over a fortnight after a civil uprising broke out which has so far left 46 civilians and a police constable dead.

The home minister, accompanied by the chief of CRPF, which is deployed in the Valley for handling law and order problems, as well as officers from the centre, arrived at the Srinagar airport on Saturday afternoon.

Singh then drove to the Nehru Guest House located in lap of the highly garrisoned Zabarawan Hills in Srinagar. During his two day visit to the state, the home minister will be meeting "different shades of opinion".

"The home minister will take stock of the situation. Political leadership including the chief minister, officers of the state government and security agencies and other delegations will call on him during his stay here," a senior cabinet minister in J&K government said.

Strict curfew has been imposed in parts of the Valley, including Srinagar, to foil anti-India and pro-freedom protests, sparked by the killing of Hizb commander Burhan Wani and the subsequent crackdown on the protesters.

Fresh protests and clashes broke out on Saturday in Pulwama, where a 18-year-old was shot dead by forces yesterday to foil a demonstration. A police official said the deceased, Mushtaq Ahmad, was hit by a teargas canister.

In Srinagar, anti-India and pro-freedom protests broke out in Batamaloo locality where residents accused the forces of unleashing a 'reign of terror' by carrying out nocturnal raids last night. They said at least six youths were picked up by police last night whose whereabouts are not known.

The home minister's visit comes after the chief minister Mehbooba Mufti, in an All Party Meeting, urged the Centre to resume dialogue with the Hurriyat leadership as well as Pakistan for resolving the Kashmir issue.

The Hurriyat however issued a public appeal last night, asking people to "stay away from meeting the home minister", Dukhtaraan-e-Millat, a constituent of Syed Ali Geelani-led Hurriyat, said in a statement last evening.

“We appeal each and every citizen of Kashmir not to talk to any Indian delegation or the Home Minister of India. Let India accept Kashmir is an issue then the joint leadership will take future decision accordingly,” the statement said.

“Indian Home Minister Rajnath Singh will get nothing from Kashmir till he addresses the core Kashmir issue. If he thinks Kashmir is a law and order problem then he is mistaken. The present movement in Kashmir is run by people and whole nation is united under single platform,” the statement said.

Although the home minister's visit hasn't raised much hopes, given the level of the debate in the Parliament where Mr Singh dismissed the protests in Valley as "sponsored" and blamed Pakistan for the crisis, it will however surely further dent the credibility of the PDP-BJP coalition.

Meanwhile protests continued in Srinagar as well with the forces using tear gas to disperse protesters. Photographer Basit Zargar records the protests in pictures below: 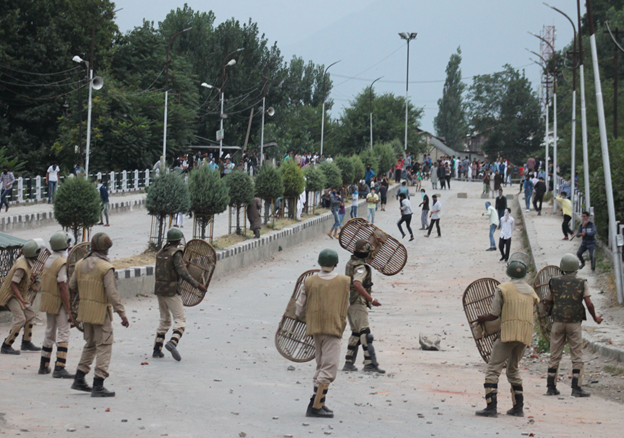 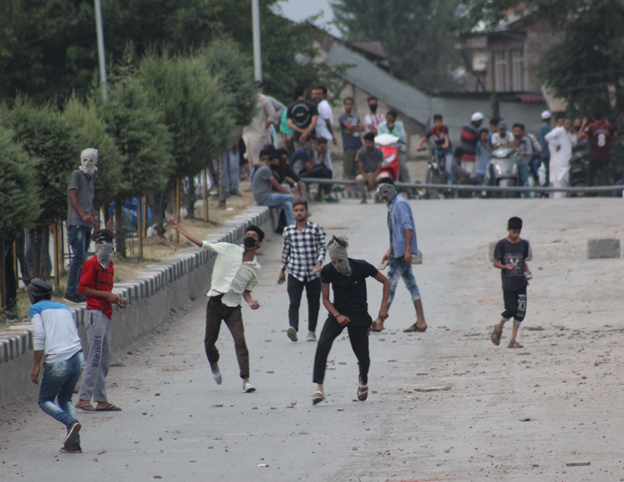 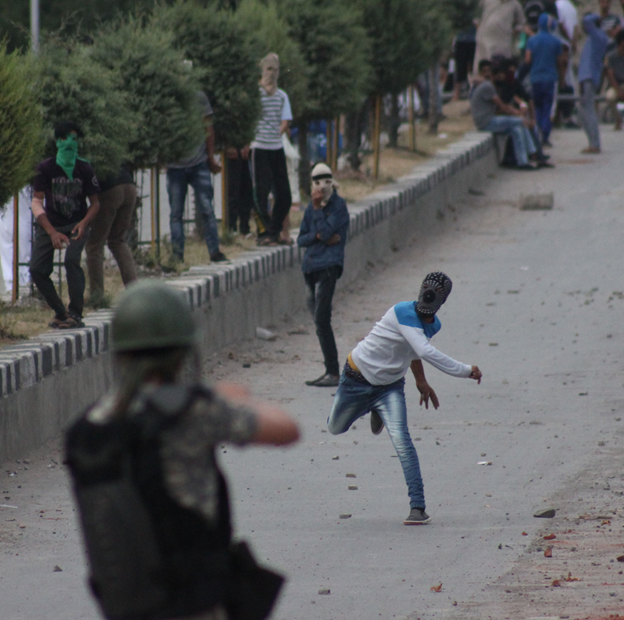 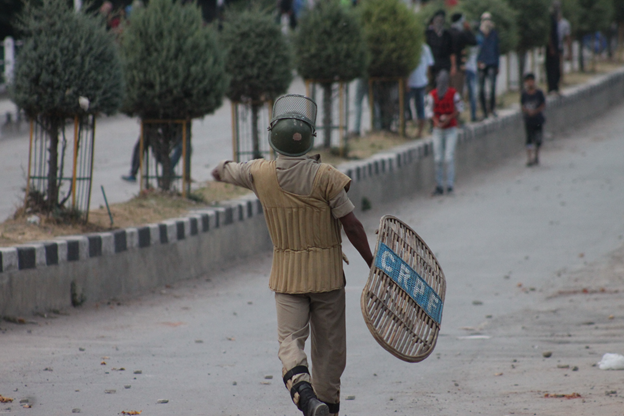 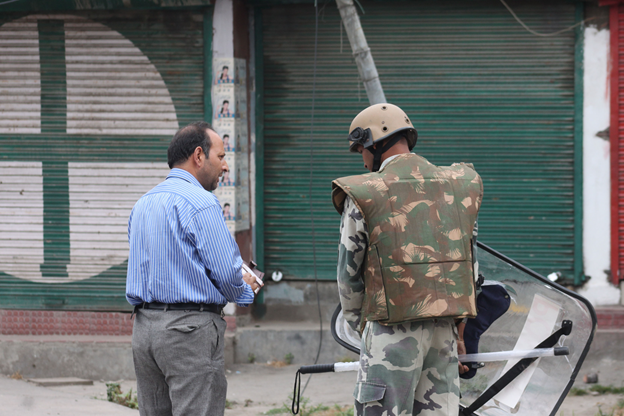 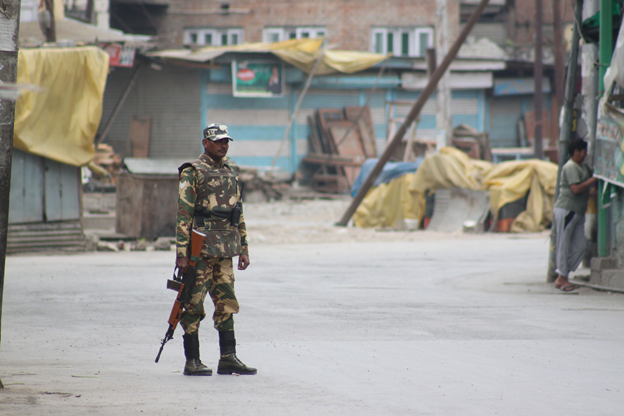 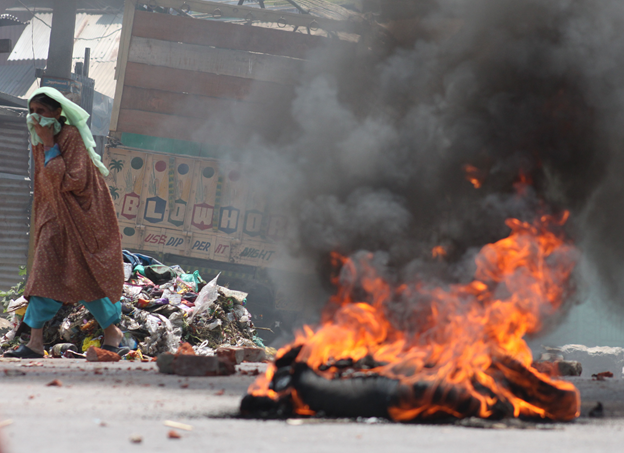 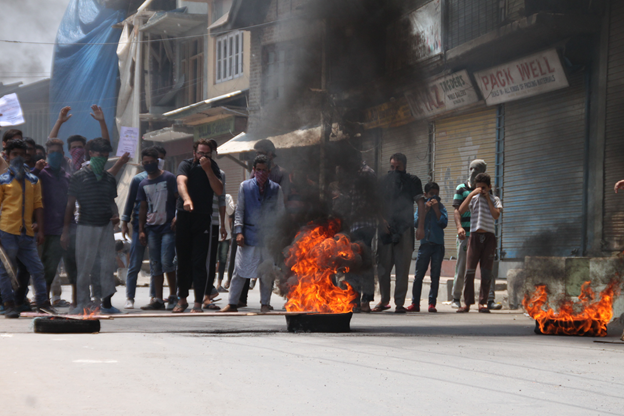 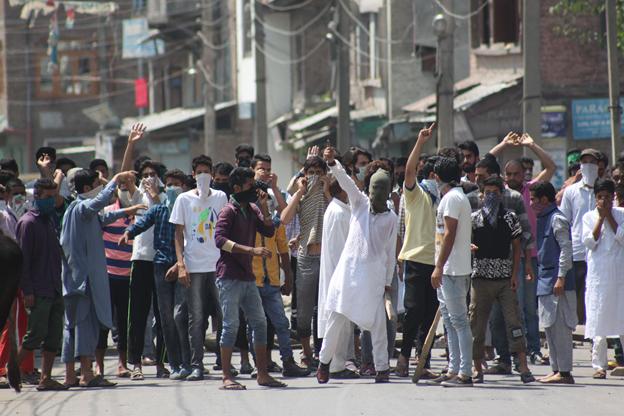 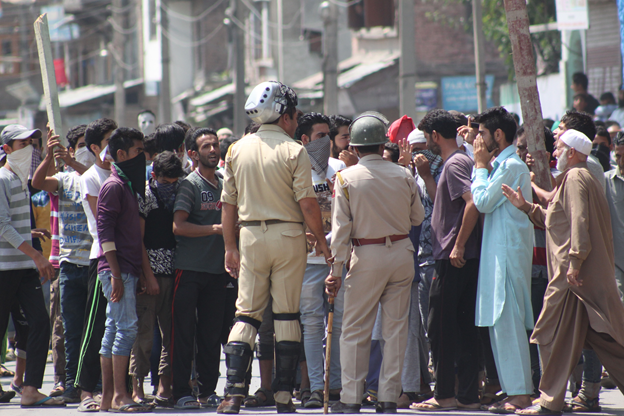 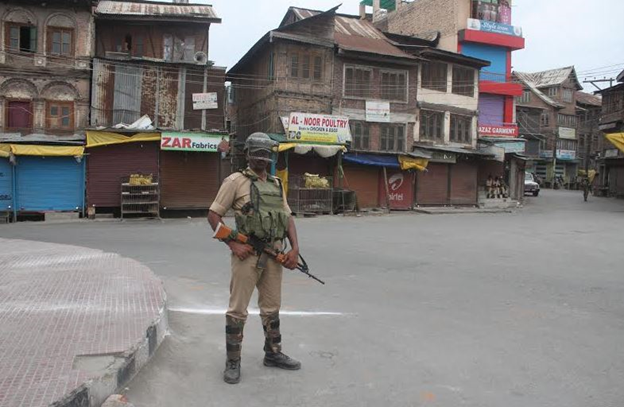