SRINAGAR: Authorities in Kashmir Tuesday lifted restrictions from the summer capital Srinagar, eighteen days after a civil uprising broke out in the Valley over the killing of Hizb commander Burhan Wani.

"According to District Magistrate Srinagar, Dr Farooq Ahmad Lone, there will be no restrictions in any part of district Srinagar today on July 26, 2016," an official spokesperson said in a statement today morning.

The easing of restriction coincides with today's call of relaxation in strike by the separatist leadership who have already extended the hartal call till Saturday. Last week, the Hurriyat's 'relaxation' gap was dealt with heightened restrictions.

In the uptown Srinagar city today, thing vehicular traffic has started appearing on the roads but shops, banks and other business establishments are closed. Government offices are also recording thin attendance.

However, in many areas of downtown, people are observing civil curfew. Severe clashes broke out in Safa Kadal locality and adjoining areas with forces firing pellets and teargas to disperse protesters. Clashes are going on in the area with mosques playing 'freedom songs' at many localities.

Despite orders to reopen, all the schools in the city are, however, shut on second day after the summer holidays ended. Reports said school are also shut in most areas of the Valley where restrictions remaining in force to foil pro-freedom protests.

"No one will want to risk the life of his child. In this situation, self-study is better than going to school," a non-teaching official at a prominent government-run school in Srinagar, said.

The school had recorded zero attendance of teaching staff with no student turning up at the premises on eighteenth day since the uprising broke out which has left over 50 civilians dead while hundreds have been permanently disabled by pellets and bullet injuries.

A day after the union home minister Rajnath Singh wounded up his visit to the Valley without making any major announcement, the separatists, civil society as well as the ruling party hit out at New Delhi for "rubbing salt on raw wounds" of people.

KCSDS, the largest civil society gathering of the Valley, in a statement accused the home minister of behaving as "colonial lord who is least bothered by the carnage" carried out by the security forces.

“He amply showed that he is only bothered about how to control a passionate and angry resisting populace by any or all means. That is why instead of expressing remorse ... he is (only) sorry for the happenings and ..... appeals for calm,” it said.

Flaying the home minister for his Pakistan remarks, moderate Hurriyat chairman, Mirwaiz Umar Farooq, said New Delhi's "propaganda" on the Kashmir issue - that the current uprising was sponsored by Pakistan - "is so worn out and half-witted that it does not even warrant a response".

Terming the two-day visit of the home minister as “exercise in futility”, senior PDP leader Tariq Hameed Karra lamented that no concrete steps have been taken to normalise the situation.

Karra, who is Member of Parliament from Srinagar, regretted New Delhi's “reactionary response" to the unrest in Jammu and Kashmir "rather than responsive”.

“India has confronted different political and administrative challenges; be it northeast, caste, reservation, Dalits, Jat or even agitation over leasing out of natural resources, never has New Delhi been so ruthless and reactionary as it is in Kashmir,” he said.

Meanwhile protest demonstrations were witnessed in several parts of the city on Tuesday morning. The police had to resort to teargas to quell demonstrators at various places in the city. At least two people were injured in clashes at Khanyar area of the city and were shifted to hospital.

Meanwhile, a strike called by separatist organisations affected normal life as shops and business establishments, government offices, educational institutes and banks are closed and there was no traffic on the roads. 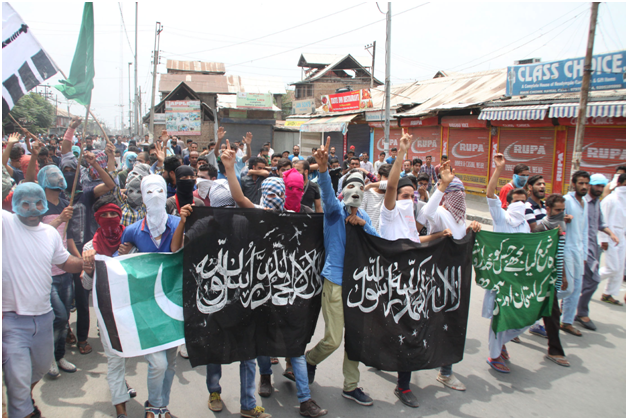 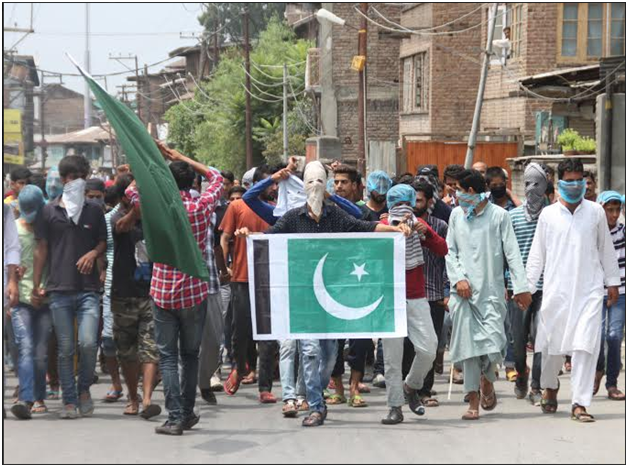