SRINAGAR: Pellets continue to maim civilian protesters even as the Centre yesterday set up a committee to look for alternatives to the 'non lethal' weapon that has wreaked havoc across Kashmir Valley over the last three weeks.

At least half dozen civilian protesters, including a young girl, were wounded by pellets in fresh clashes with government forces in different parts of the Valley yesterday, with some of the protesters suffering grave injuries in eyes.

Over the last three weeks since the civil uprising broke out, at least 150 young boys and girls have suffered pellet injuries in their eyes with 80 percent of the injured facing the prospects of blindness in one or both eyes, according to doctors. 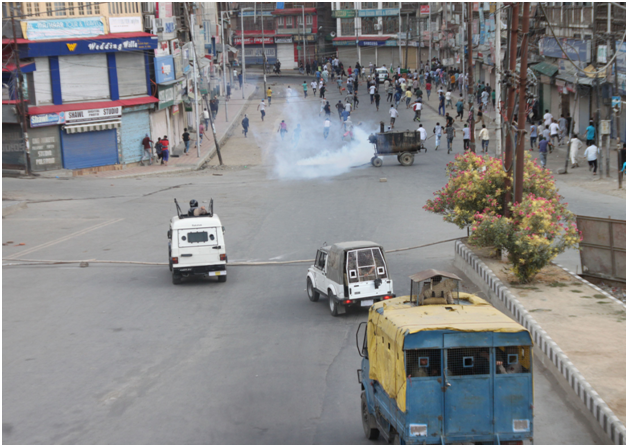 Coming down heavily on the State government, the J&K High Court also yesterday called for a review of use of pellets against protesters, saying that the forces can't “justify” their action by "disabling" people just because they are angry and protest.

“Can’t you explore other methods using water, using teargas shell or whatever you have instead of this (pellets) because now by experience it has proven to be lethal. These are your own people. They have anger. They are protesting. (It) doesn’t mean they should be rendered disabled,” the court ordered. 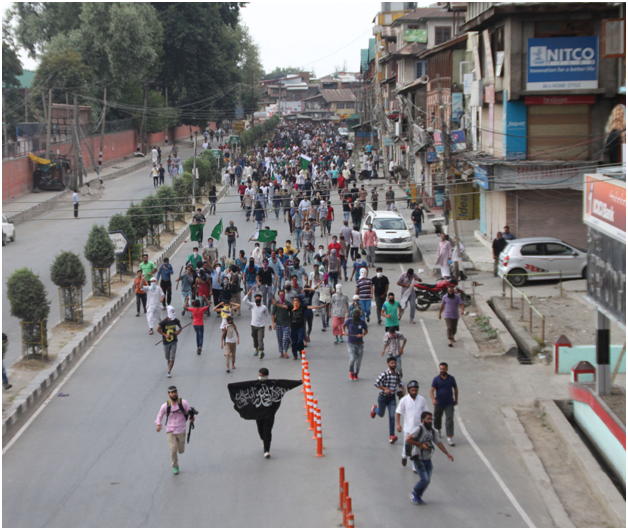 However, on the streets, the use of pellets continues unabated. Hours after curfew was lifted from the Valley yesterday, angry protesters, shouting pro-freedom and anti-India slogans, hit the streets in summer capital Srinagar, Budgam and parts of south Kashmir.

In Anantnag's old town area, police and paramilitary troopers fired at a demonstration, resulting in pellet injuries in eyes to six youths, including a girl.The incident took place in Malkhnag locality on Tuesday afternoon when a groups of residents tried to march towards the main square. However, police and paramilitary troopers intercepted the march, resulting in clashes during which at least dozen protesters were wounded.

Violent clashes broke out in Srinagar when a procession of youths started marching from downtown towards Lal Chowk, the heart of the city, which was intercepted by forces near Jehangir Chowk, barely few hundreds metres away from the civil secretariat.

In the day-long clashes across the city, at least dozen protesters were admitted at the SMHS hospital. "None of them is in danger," Dr Nazir Ahmad Chaudhary, Medical Superintendent of SMHS Hospital said.

A 61-year-old man riding a two-wheeler, who was caught between protesters and forces, lost control and fell down. The victim, identified as Mushtaq Ahmed, a resident of Srinagar, tripped and suffered sever head injuries. He later succumbed at SKIMS Hospital here.

Meanwhile, curfew has been lifted from most parts of the Valley with the authorities restoring mobile service of postpaid customers on Wednesday. However, ban on service of prepaid mobile customers remains in place while mobile internet service is also suspended.

"Restrictions will remain in place in parts of Srinagar and four districts of south Kashmir which have witnessed bouts of protests over the last three weeks," a senior police officer said.

An uneasy calm prevails with heavy rain, which started last night, lashing all parts of the Valley, forcing people to remain indoors. In Srinagar, shops, business establishment and educational institutions are shut while thin vehicular traffic is trudging along the roads.