SRINAGAR: With Kashmir completing one month of unrest post Burhan Wani-encounter on July 8, situation continued to remain tense amid enforcement of strict curfew in parts of Valley on Tuesday.

While 90 persons had sustained pellet injuries in Langate area of Kupwara late on Monday evening, the situation erupted in Bijbehara town of Anantnag on Tuesday with at least seven people sustaining injuries in action by forces.

A mother-daughter duo was among the injured referred to the Srinagar’s SMHS hospital for treatment, sources said.

A doctor at the hospital said one of the injured women had bullet injury in head and was shifted to tertiary care, SKIMS hospital for treatment. “The daughter is undergoing treatment at the SMHS for pellet injuries in chest and abdomen. She had lost lot of blood,” said the doctor.

As per the official figures, more than 5000 persons were admitted in different hospitals of Srinagar and district hospitals across Kashmir from July 9 when the protests broke out in Kashmir. 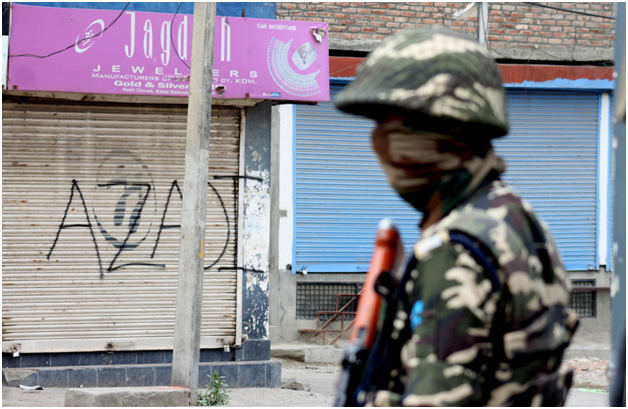 The injured included 493 persons who were hit by bullets while as 410 persons were admitted to different hospitals with pellet injuries in one or both eyes.

Amid escalation in the situation, police, in a bid to take control of the situation, has started raiding different areas to arrest youth leading the protests.

In the past one month, more than 1200 youth have been arrested from different parts of Valley, which is forcing youth to go into hiding. 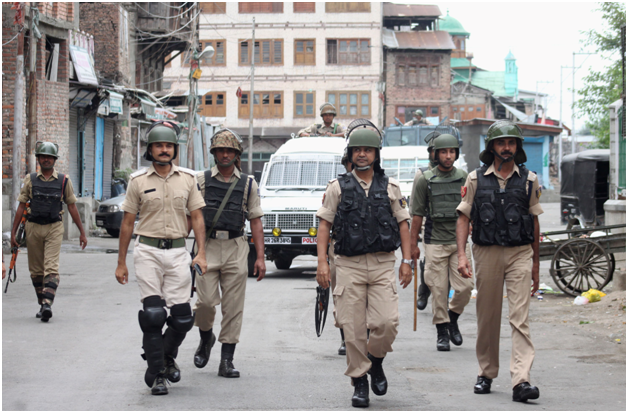 Most of the arrested persons as per the report belong to four districts of south Kashmir which has been the epicenter of the protests during the past one month.

To counter the police action, people in many areas of summer capital Srinagar and other parts of Kashmir are now “keeping guard” during nights to foil the arrests. 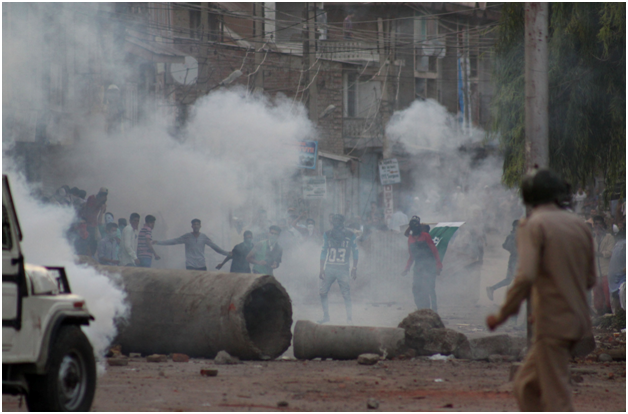 In a statement issued to media, Kashmir’s Inspector General of Police Syed Javid Mujtaba Gillani said 1030 FIRs have been registered in different police stations of Kashmir in 1018 incidents of violence from July 2016. 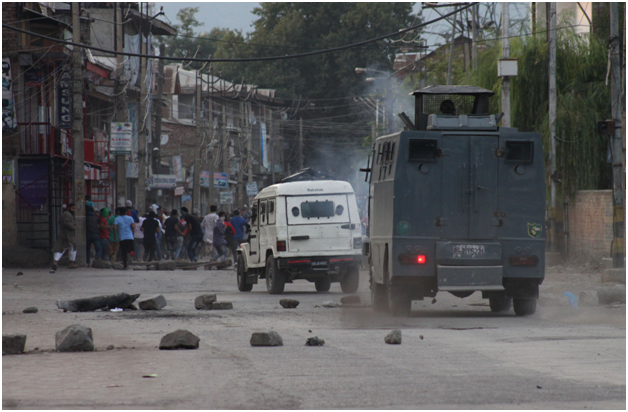 Meanwhile, opposition National Conference today staged a march against “excessive use of force” on protesters in Kashmir. Wearing black bands, the sitting legislators of the party and senior party leaders started march from the party headquarters in Srinagar. However they were stopped by police from marching ahead near the tourist reception centre. The party President and former Chief Minister Omar Abdullah was not however, part of the protests.

(All Photographs by BASIT ZARGAR)